From the final frontier to Broadway, Zachary Quinto shows us what real talent looks and sounds like

Like many of his peers, ZACHARY QUINTO started his acting career with guest appearances in various TV shows, from “24” and “CSI” to “Six Fee Under” and “Lizzie McGuire.” Then, in 2006, “Heroes” happened, and Quinto landed what would become one of his most iconic roles: the villain Sylar. And before his stint as the super-powered serial killer came to a close, he was cast in yet another destined-to-be-iconic role: Spock in the new “Star Trek” movie series, aka the Kelvin timeline as it is officially called.

Now, while the fourth “Star Trek” title is still quite a while away, it seems that Quinto has been—and will be—quite busy. Later this year, for instance, we will see him back on the big screen as part of a huge ensemble cast for “Hotel Artemis,” while on the small screen the New Yorker will host a remake of the old documentary show “In Search Of.” And last but not least, Quinto is also part of the cast for the 50th anniversary production of the Broadway play “The Boys in the Band” which runs until next August. Here, he shares some extra insight into his upcoming projects with Daman.

DAMAN: Hi, Zachary; awesome to have you with us. How are you doing?

DAMAN: Earlier this year, we’ve learned that you’re attached as the host and executive producer of the remake or reimagining of the 1970s show “In Search Of.” Can you give us a brief intro to the show and in what ways it will differ from the original?

ZACHARY QUINTO: “In Search Of” is a documentary series that delves into unexplained phenomena and mysteries from all around the world. Over the course of ten episodes we look at subjects like aliens, artificial intelligence and life after death, to name a few.

DAMAN: Nowadays, there’s quite a bit of skepticism—and even cynicism— when it comes to discussions of the paranormal, speculation historical events, etc. How will the new “In Search Of” appeal to a new generation of viewers?

ZACHARY QUINTO: So much has changed in the last 40 years since the original series aired. We are looking at these topics from a new perspective, with all of the advances in technology and science that have benefited our society in the last few decades.

DAMAN: Moving on to movies, this April you’re set to appear in “Who We Are Now.” What can moviegoers expect from this title?

ZACHARY QUINTO: “Who We Are Now” is a quiet, independent film that drew me in because of the complexity and dimensions of its characters. It explores the relationship of a woman recently released from prison as she tries to regain custody of her son from her sister, who took care of the child while she was incarcerated. I play a former marine who strikes up an unlikely romance with the woman played by the inimitable Julie Nicholson. These are two characters that are extremely wounded, but find a sense of comfort and possibility with each other.

DAMAN: One critic described “Who We Are Now” as “a devastatingly authentic drama.” The same critic described your performance as “super believable.” Do you agree that being grounded is one of the film’s biggest strengths?

ZACHARY QUINTO: Sure. There’s a humanity to the way the film was written and directed by Matthew Newton, which allows the universal human experience to shine through.

DAMAN: Speaking of which, you often play characters with mindsets that the average person might find, perhaps, a bit alien—literally in the case of Spock from “Star Trek,” more figuratively in, say, Josh norman from “Aardvark.” Yet you play these roles in a way that makes them grounded and relatable. How do you do it?

ZACHARY QUINTO: I think focusing on aspects of these characters that resonate for me personally is the beginning of any process for me as an actor. Identifying the ways in which I can love every character I play is an essential aspect of the experience.

DAMAN: When we see you play these unique characters on-screen with their quirks and all, how much of it comes from the writers of the film and how much of it is your own interpretation of the role?

ZACHARY QUINTO: Creating a character for any project is always a collaboration. The work always begins with the script, and beyond that, the influence and perspective of the director factors prominently into the creative process.

DAMAN: You also have “Hotel Artemis” coming out this summer. What can you tell us about this one?

ZACHARY QUINTO: “Hotel Artemis” is an incredibly unique story, written and directed by Drew Pearce, starring Jodie Foster and an all-star cast of talented and exciting actors. It’s an action thriller set against the backdrop of an apocalyptic Los Angeles in the throes of violent revolts due to commoditization of water and chronic droughts. The movie itself takes place in a former art deco hotel that has been converted into a hospital for criminals. My character is an ambitious but inept thug who happens to have some nepotistic connections to one of the biggest crime lords in Los Angeles.

DAMAN: On that note, is there anything you can tell us about the fourth “Star Trek”? By the way, the “Star Trek” film series—the Kelvin Timeline—is quite popular here in Indonesia, especially when one of our own, Joe Taslim, joined the cast of “Star Trek: Beyond”…

ZACHARY QUINTO: I know that the script for a fourth “Star Trek” film is currently under way. There should be more information about an upcoming production later this year.

DAMAN: When you’re considering potential film projects, what do you look for at first?

ZACHARY QUINTO: Certainly the caliber of filmmaker, the complexity of material, and the opportunity to dig deep into a character and show an aspect of myself that has not necessarily been recently seen.

DAMAN: Do you have anything like a dream project? Or perhaps a bucket list of stories and people you really want to work with?

ZACHARY QUINTO: That’s not really how I think. I tend to have specific goals that I pursue on a project-to-project basis, and ultimately for me, I know it when I see it.

DAMAN: You’re also known for your work in theater, such as in this year’s revival of “The Boys in the Band.” What do you love best about working on a stage?

ZACHARY QUINTO: There’s immediacy to the art form of theater that is more inspiring to me than anything else.

DAMAN: We often hear actors—including Indonesian actors here—saying that theater is a “purer” acting experience. In fact, there’s almost trend over here where accomplished actors would return or else start delving into theater just as their careers are peaking. What do you think of this—the notion that theater experience makes you a better film actor?

ZACHARY QUINTO: I think they’re incredibly different techniques, but there’s something about the discipline and the ritual of theater which allows for more freedom when working in film and television. Theater is the only medium in which the actor is ultimately in control of telling the story every night.

DAMAN: Speaking of which, what kind of movies, plays, etc. do you enjoy the most?

ZACHARY QUINTO: I love to watch actors at the top of their game. So, character-driven, innovative, unexpected, revolutionary projects in film, television or theater are always exciting to me.

DAMAN: And when we move entirely outside the realm of acting and filmmaking, what else are you most passionate about?

DAMAN: Ultimately, what is it that drives you? And conversely, what makes you the happiest when you just want to switch it off for a while?

ZACHARY QUINTO: I feel like i’m driven by a deep desire to know and accept myself, to make the world a better place, to achieve creative professional goals and to pursue integrity and authenticity in my life and in my work. What makes me happiest is being with people I love. 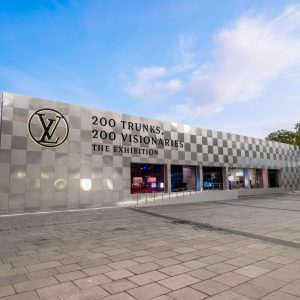