SOME LIKE IT HOT. Beautiful, multitalented, intelligent, successful and adored; you’d think DA MAN Darling Marissa Nasution has it all. As it turns out, the 25-year-old celebrity still craves something else: Leisure time and new horizons to conquer. By M. Berlian 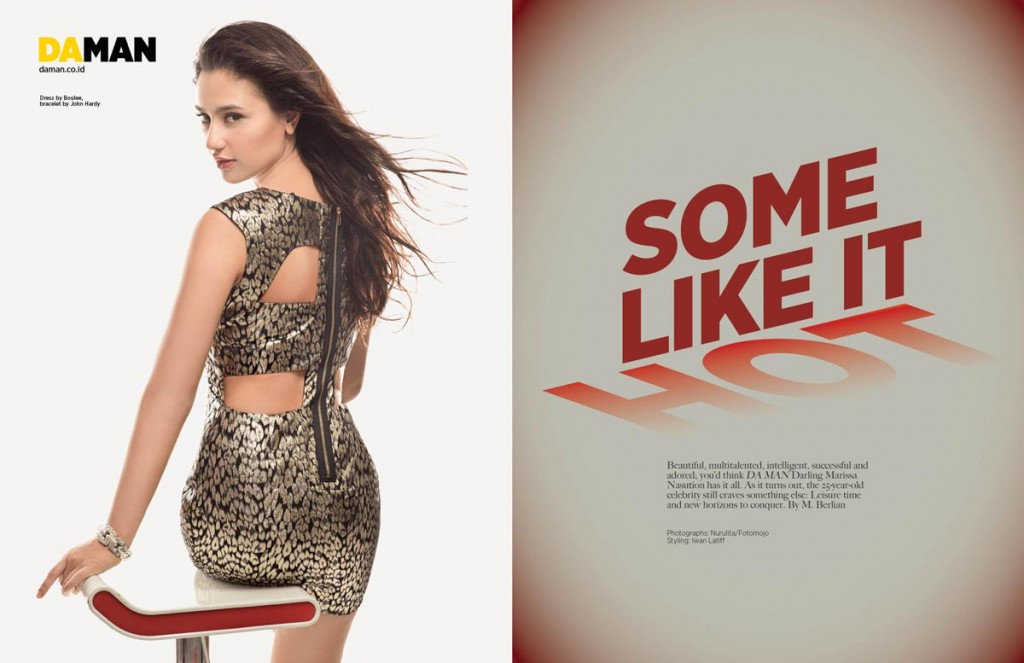 Above: Dress by Boulee, bracelet by John Hardy

Darling Marissa Nasution tells DA MAN during her stylish photoshoot recently, “My dad’s always told me, since I was [young] ‘Marissa, you have to look beyond the horizon, you have to go away and make your life experiences, while you’re young.’”

And look beyond the horizon, she has. Ever since she got picked as a VJ for MTV Indonesia in 2007, Marissa has been a household name in the country’s entertainment industry. With sultry hair, long legs, a head-turning face and an adorable German-Indonesian accent, it wasn’t so hard to fall in love with her immediately.

DA MAN discovered that this German-Batak beauty is also kindhearted, independent and free from that ghastly star-attitude syndrome. Born on February 2, 1986 in Jakarta (then moved and spent her childhood in Hagen, Germany), Marissa got her stunning European looks and height from her German father, Hubert, and the sultry dark hair from her Indonesian mother, Sri Revita Nasution. 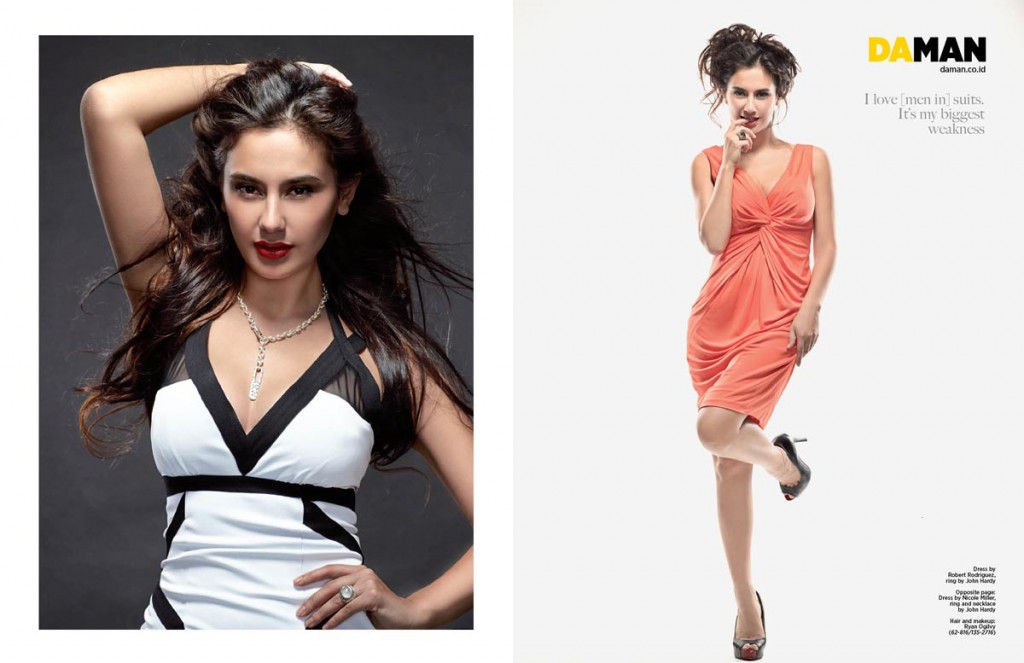 So far, 2011 has been more brilliant than ever for Marissa. Three renowned brands—Pantene shampoo, Magnum ice cream and homegrown fashion label Body & Soul—have chosen Marissa as their spokesperson/ambassador. She also stars in a comedy TV show, called Cinta Bini (Loving the Wife), as a rich girl who returns to her village from the big city to find her first love.

When asked if she hopes to act in another feature-length motion picture, she immediately exclaims: “No, I don’t have time! We film the TV show seven days a week. So usually, my days look like this: In the morning, I go to Insert, then I go to the shooting location, then probably to an event that I’m required to go to because I’m the brand ambassador. So, I routinely work 15 hours a day.”

So when does she find time to run Dollhouse, her boutique? Hearing that, she lets out a stunned sound. “Oh yeah, that’s what I’m doing as well!” she says. Focusing on women’s shoes, the boutique is in the process of moving from Bali to Jakarta. Marissa designs all the items. “My designs usually start with me, thinking, ‘I want this shoe,’ so I make it.”

As with everything else she does in her life—particularly presenting and acting—she is a self-taught designer. “I never have a fear of not trying something,” she says.

At the moment, Marissa is working on a shoe collection for Jakarta Fashion Week in November 2011. “So my to-do list is so long,” she says. “It’s, like, 24 hours a day of work.” Lucky for her, she’s got a little help from a friend, designer Michelle Worth, who will be providing clothes to be worn with Marissa’s shoes on the catwalk. “She’s my best friend,” comments Marissa. “She makes clothes for me all the time, and I make her some shoes, so we were like, ‘Let’s just do a show together!’ So I see my friend at work, and in private, so it’s cool.”

Her forays into designing do not stop there. She has been working closely with Body & Soul to design a special collection called Marissa for Body & Soul, which will be launched in December 2011.

Although yearning for another chance to create a new clothing collection under her own name, again, she laments. “I really, really, really don’t have time anymore!” she says. 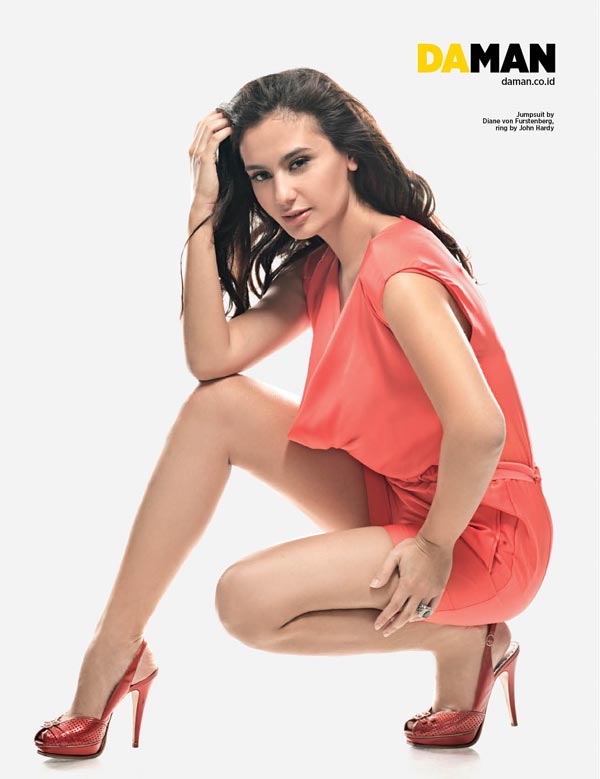 ‘Tortured businessmen’ and a Duke

She also says there is a possibility of designing men’s clothes in the future. “So I can make men look pretty!” she exclaims, laughing. “I love [men in] suits. It’s my biggest weakness … It’s as my friend used to say that I like this type of tortured businessman. You can see in the eyes how they’re so fed up with work; they are working long hours, but still wearing perfect suits,” she sighs dreamily and giggles.

On the subject of a man in her life, Marissa says, “Well, my work is 100, and my love life is zero. I think I’m dating work at the moment. There’s nothing much to say because there’s nothing going on.”

Although that doesn’t mean she hasn’t set her eyes on any man. “A friend once said: Marissa, you should be with a blueblood’ and I said, ‘What? Okay.’ So one day I started researching some of the royals and now I’ve set my heart on Carl Philip of Sweden [the 32-year-old Duke of Värmland],” she says with a laugh, mentioning the Orlando Bloom-lookalike. “He’s hot.”

She adds that it would be preferable to ‘go international’ in both her career and love life. “My big plan is to get married to someone out of Jakarta, so I can move out,” she confides, expressing her wish to succeed outside Indonesia. Unfortunately, Sweden—or anywhere else in Europe, for that matter—might just be too far for her liking.

“I think I’m realistic enough to know if I go back to Germany, I’d have to start from zero again. So, I would like to stay close to Jakarta to keep everything kind of in order. Germany is just too far.”

However, other parts of Asia are not. “I’d actually like to expand to Singapore or Hong Kong. I would not mind doing presenting work [in those places]. I also would not mind getting a real job as a … actually I don’t know yet. The problem with working in the entertainment industry is you cannot take it with you. It’s not, like, ‘Here’s my diploma. Can you hire me in this company?’”

Marissa might not be able to submit her CV to just anyone, but she doesn’t mind receiving one or two applicants. If there’s a guy who thinks he has what it takes to help her get what she wants and fits the requirements, then here’s what to do: “For anyone who feels that he’s the one, you can send your CV to DA MAN!” she says with a laugh.

Back to the here and now, she realizes it’s time to slow down and make some changes. “I work 15 hours a day. I come home to an empty apartment, so … I’m waiting to make changes in my life. I hope there will be changes soon. I need to find a solution, I’m just going to wait and see how it goes.”

And if she ever does get some leisure time? “In December; it’s the end of the year, where I feel if I’m not doing my TV show at that time, I’m going to go on vacation,” she says, calling Australia, Thailand and Japan as the places she wants to visit the most. “And then it’s already 2012 and time to refresh, restart and regain energy.” 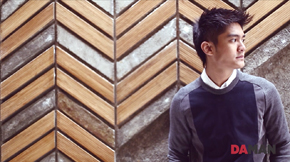 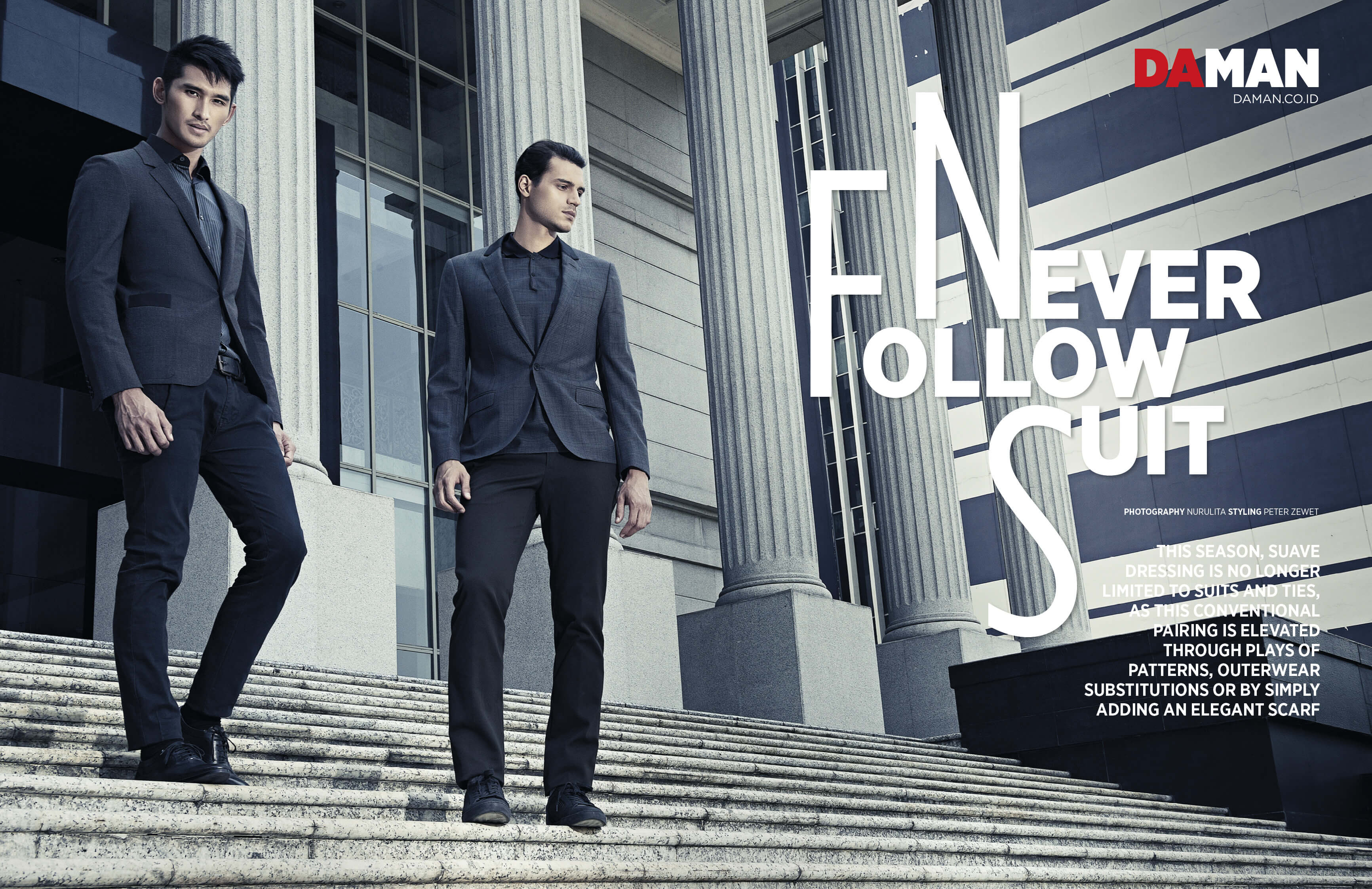 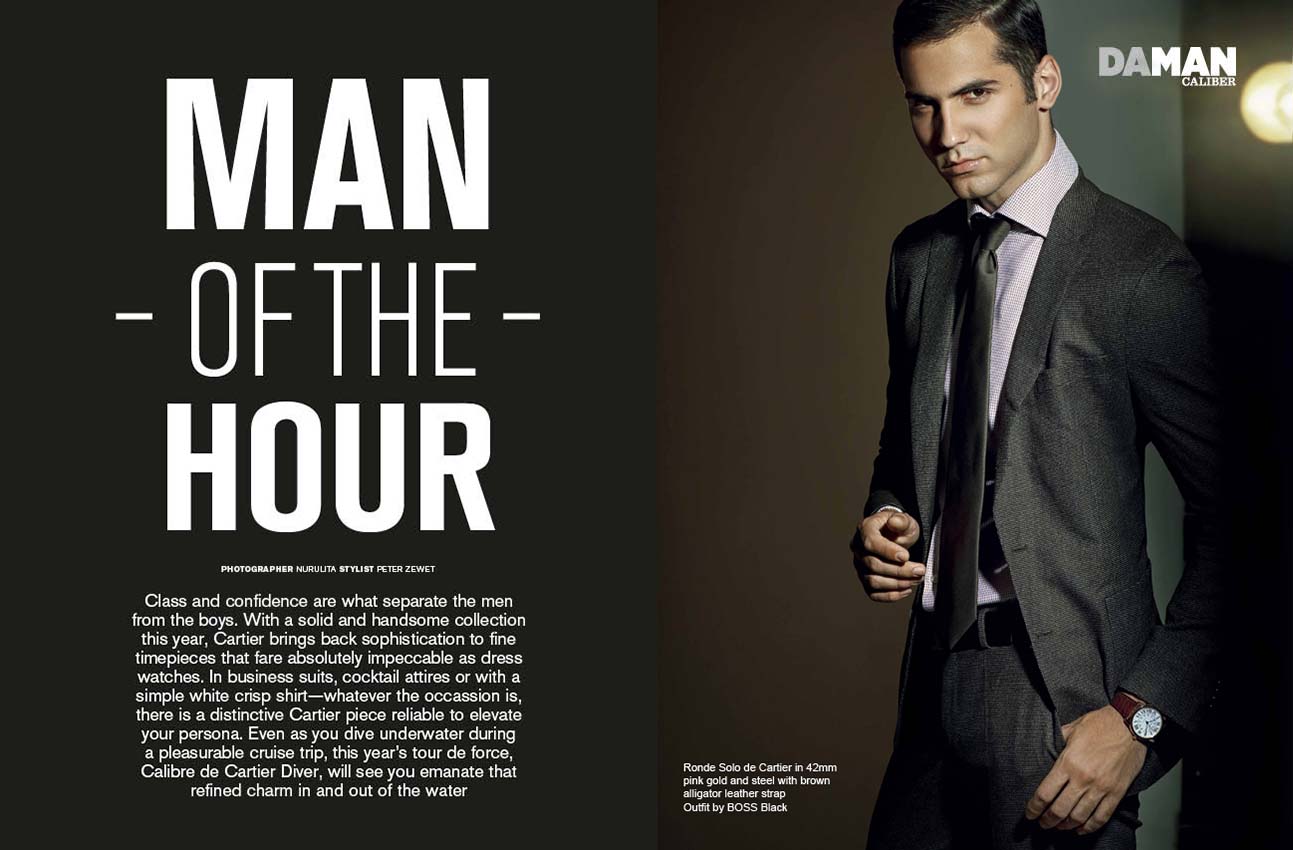 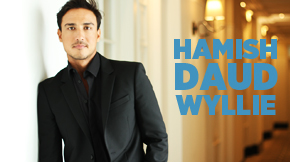 Indonesia Behind the Scenes of Hamish Daud Wyllie ... 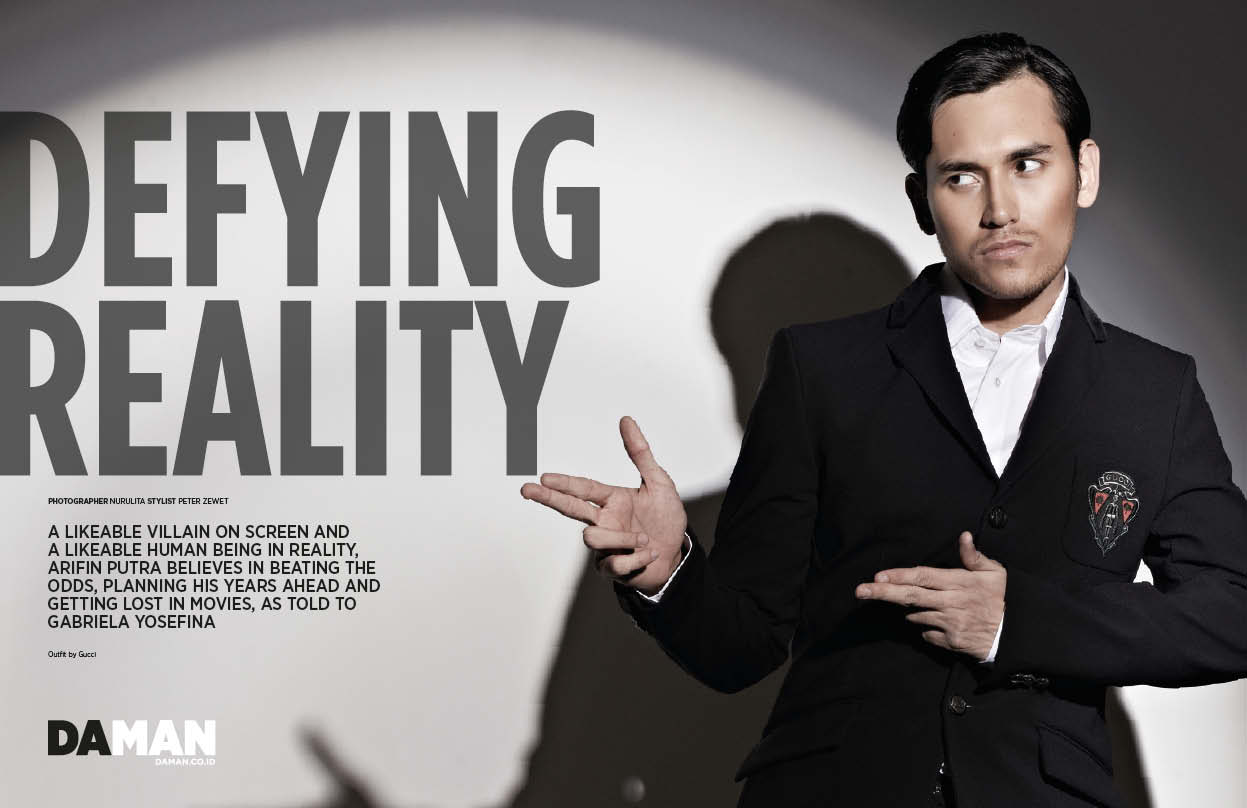 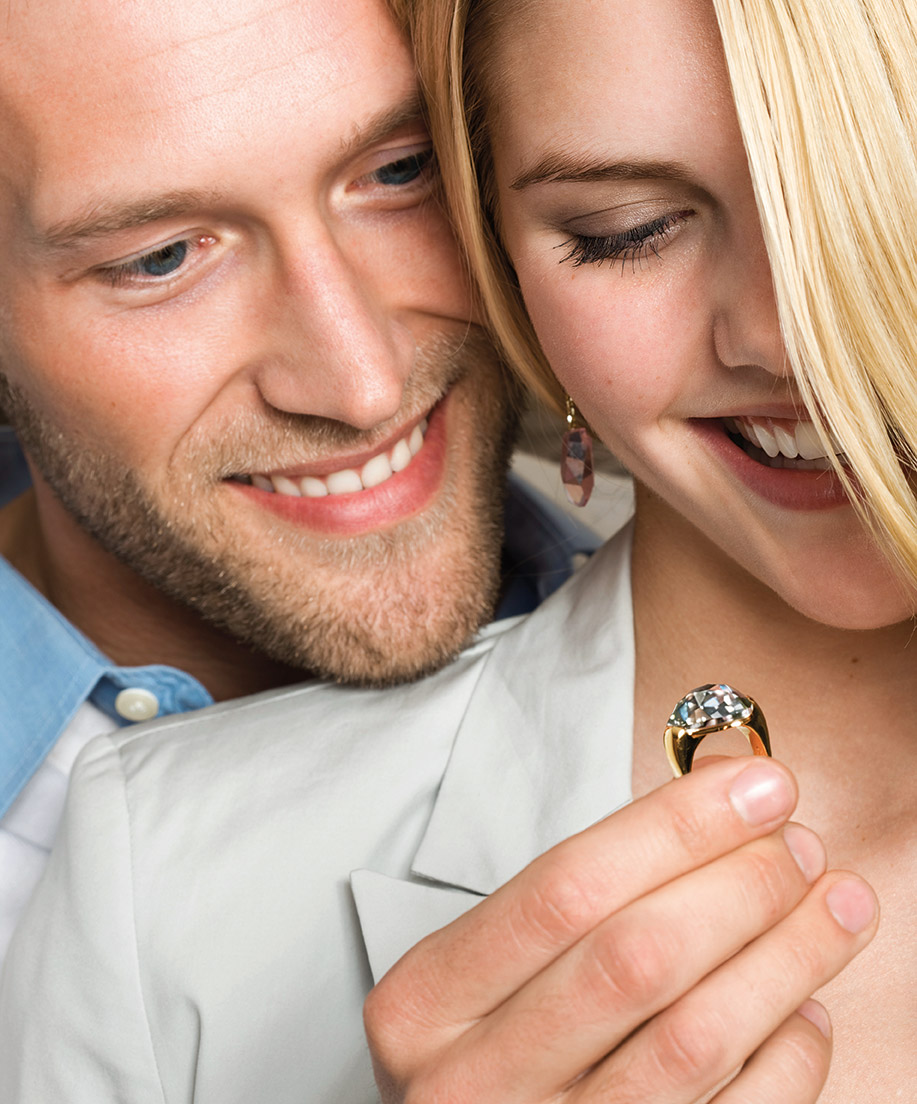 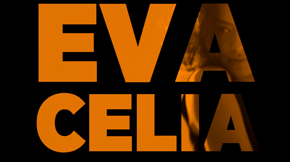 Gallery Eva Celia: Under The Spotlight