AN ALIEN TIMEPIECE. The out-of-this-world design of the MB&F HM6 has just received a new limited edition upgrade, with some extra-terrestrial friends inside 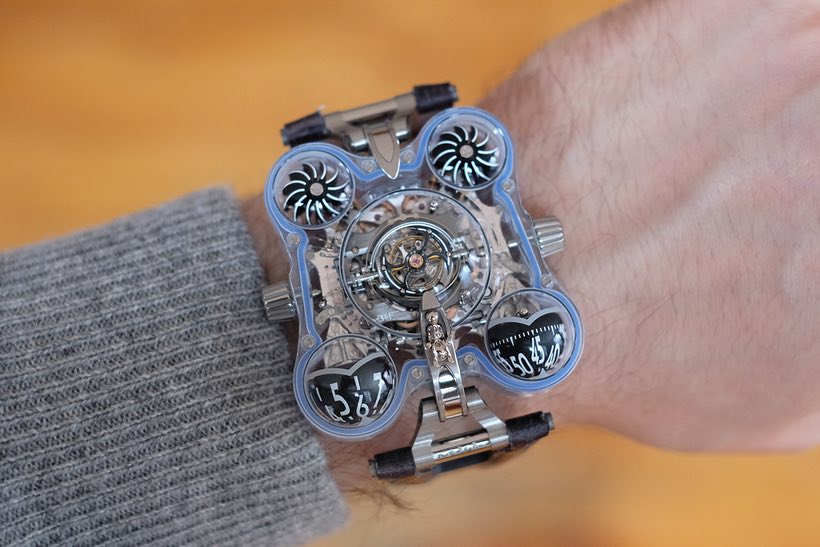 When the original HM6 by MB&F was launched back in late 2014, many were awestruck by the spaceship themed timepiece and unique way of showing time. The original featured a curvy titanium case with a bunch of sapphire bubbles sticking out at the edges. The center bubble showed off the internal tourbillon while the other four showed the rotating time displays for the hours and minutes. Two years later the HM6 got a transparent update with a full sapphire case that was clasped together by either a gold or platinum caseband, which showed the internal workings of the time piece. The current rendition of the HM6 has gone away with the metallic case band, replacing it with a full sapphire midcase. As a result, you can now see more clearly the mechanics working inside. As the case has been made more transparent, MB&F has added a few tiny additions that are only visible with closer inspection. When seen in greater detail, you will see six tiny little hand crafted aliens inside the timepiece. Each micro-alien was created by engraver Olivier Kuhn using white gold and depict the aliens in different poses within the timepiece. Crafting a single alien took Kuhn around 34 hours to complete, hence the limited number of these pieces being kept to only four. The aliens found in each watch are different, making each individual timepiece different. 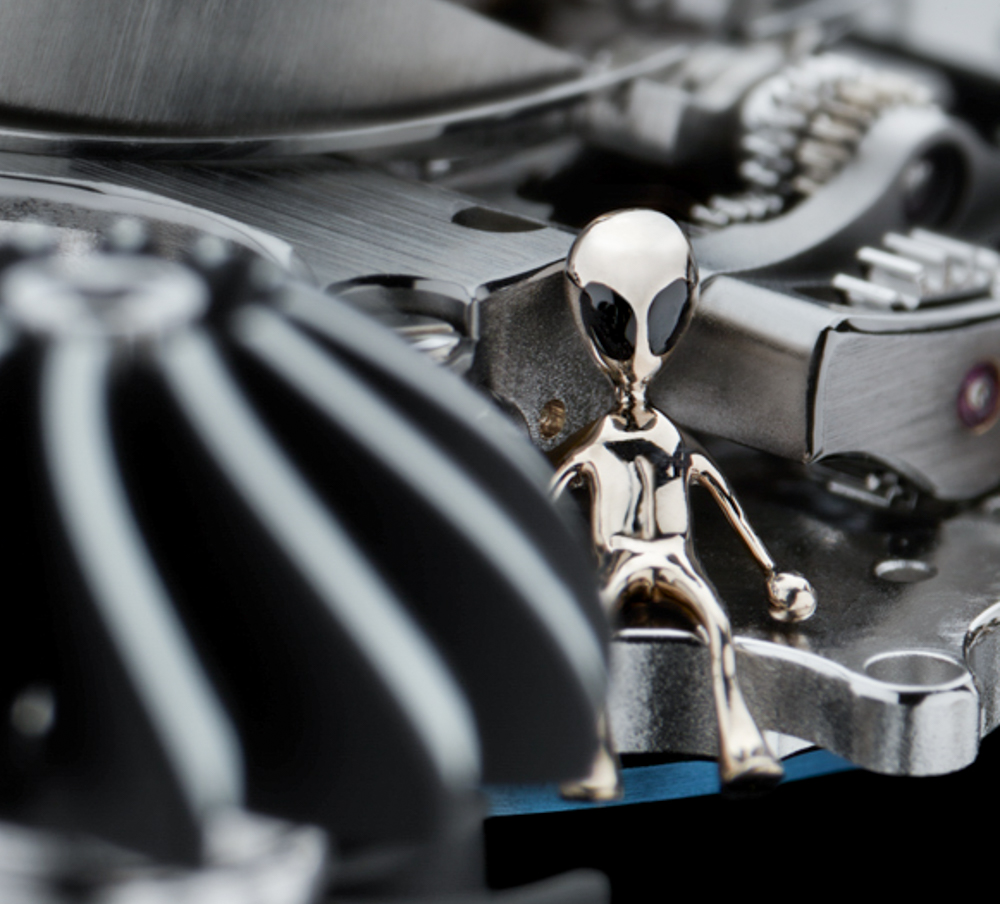 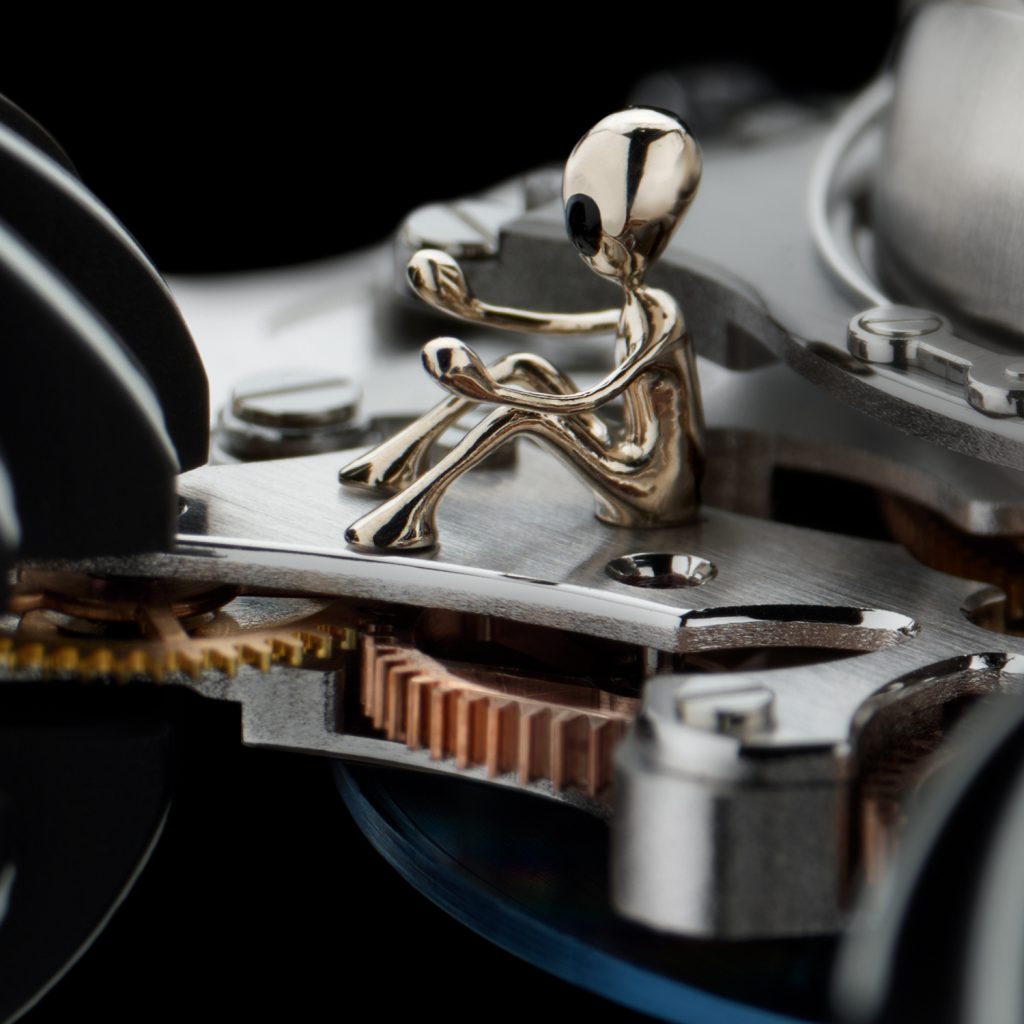 Another thing that makes each Alien Nation timepiece unique is the color of its lume. Each will either glow with a turquoise, green, purple, or blue hue on the time displays, winding dampeners, and the tourbillon cage. Around the caseband is a large strip of AGT Ultra that really lights up in the dark, giving the timepiece a more alien look. If you’re interested in getting your hands on one, the bad news is a collector has already purchased all four. So, the chances of obtaining one at its retail price of $500,000 is now out of the question. 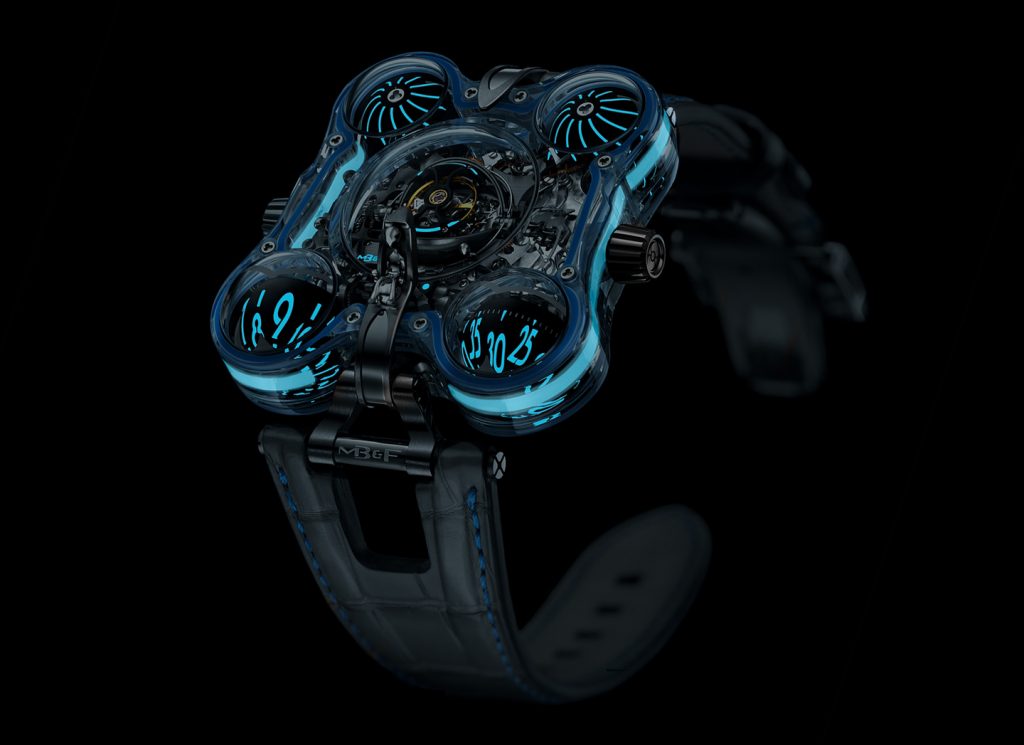 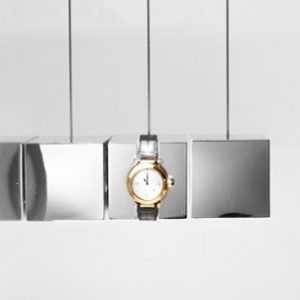 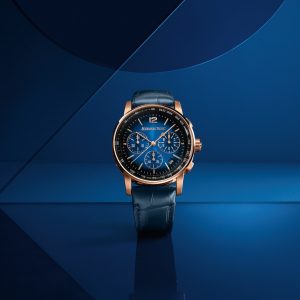 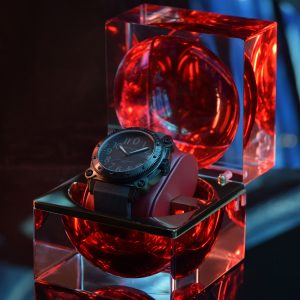 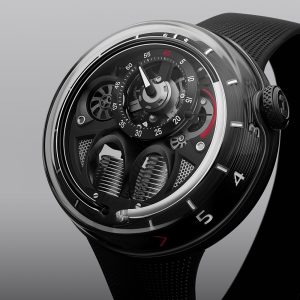 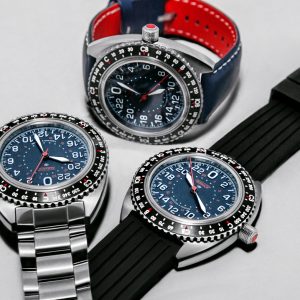 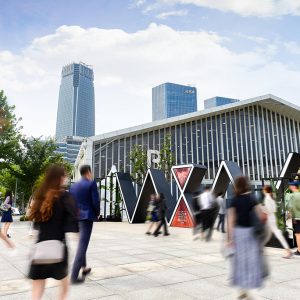 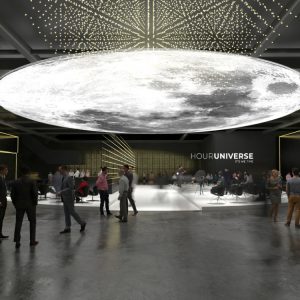 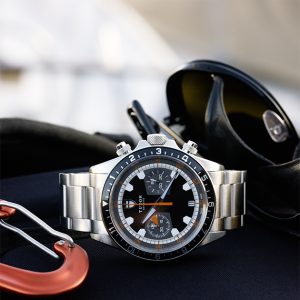