MODELS OF THE SEASON. DA MAN Style Spring/Summer 2017 assesses some of our favorite menswear campaigns of the season 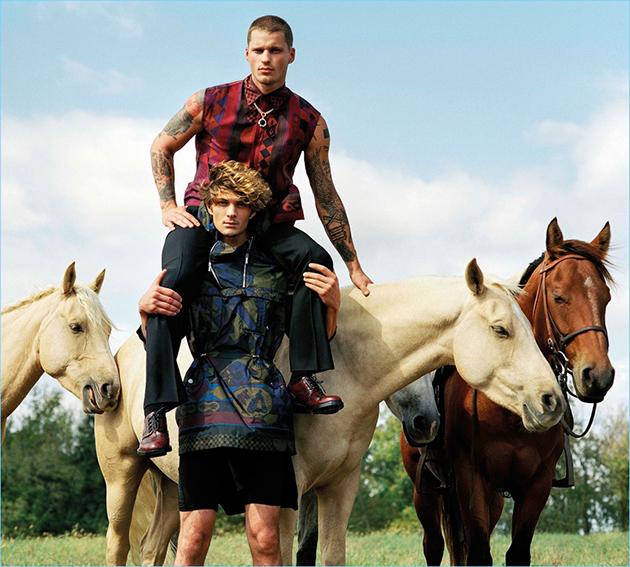 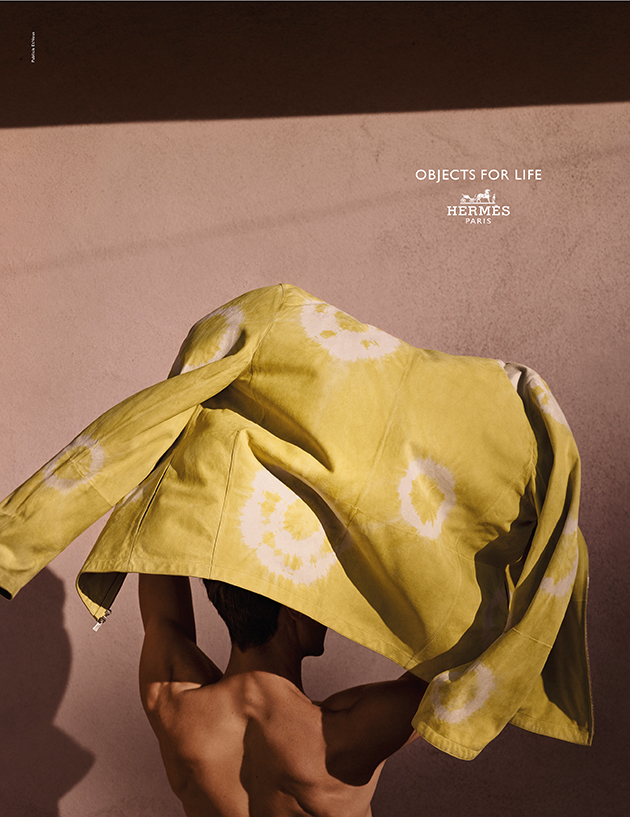 Following its new Objects for Life slogan, Hermés chose to highlight its products instead of models for the brand’s spring/summer ’17 campaign. Tackling this new concept is photographer Jackie Nickerson, stylist Delphine Treanton and creative director Fabien Mouillard. The end result is a photo portraying a model with his back turned to the camera as he holds up a tie-dyed yellow jacket, accompanied only by the name of the famous French fashion house and the aforementioned slogan. As a side note, the campaign photo for the women’s collection follows the same concept, with model Sofia Tesmenitskaya, whose face is never seen in, showcasing shoes, a handbag and a scarf. 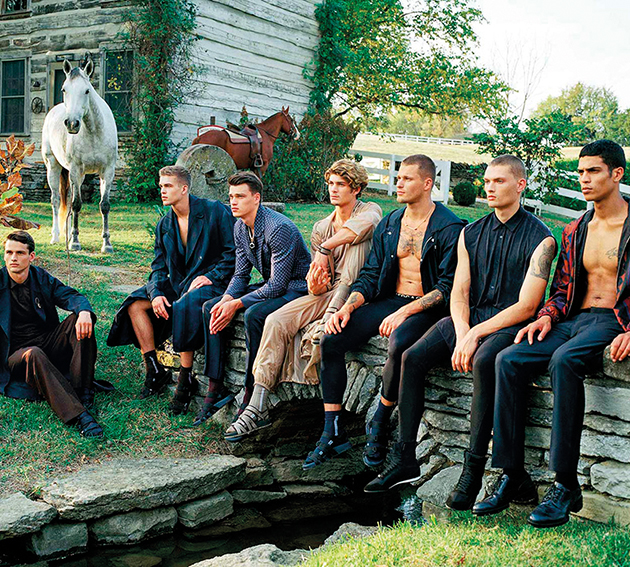 Versace heads to the ranches of Kentucky for its spring/summer ’17 campaign. American photographer Bruce Weber is back to capture models Simon Nessman, Mitchell Slaggert, Filip Hrivnak, Jake Lahrman, Vadim Ivanov,  William Los and Geron McKinley (pictured from left to right) as they pose in green pastures accompanied by some local horses. The campaign, according to Versace, “encapsulates the freedom and dynamism of summer, the active mood that is at the heart of Versace SS17 for both men and women.” 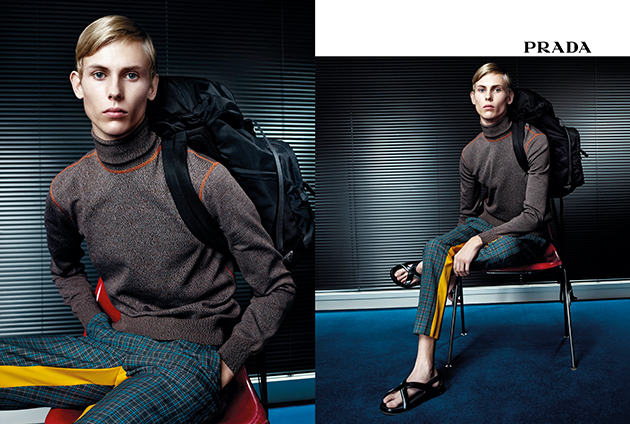 Fashion house Prada is introducing a new advertisement concept with its visual stream project titled 365. Instead of showcasing a single concept throughout an entire season, Prada introduces multiple narratives with new imagery that will be produced throughout the year. Its spring/summer ’17 campaign marks the first stage of the project with photographer Willy Vanderperre at the helm. The five Prada identities—pathways, frontiers, stations, exits and terrains—become the basic pillars for a series of photos featuring models Dylan Fender, Oliver Houlby (pictured above) and Jonas Gloer. Furthermore, the fashion house has also released a black-and-white short video titled “A Story” as part of the 365 project. 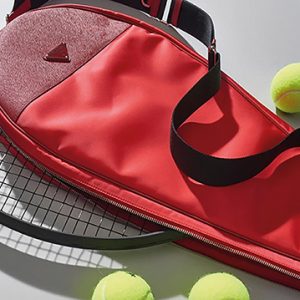 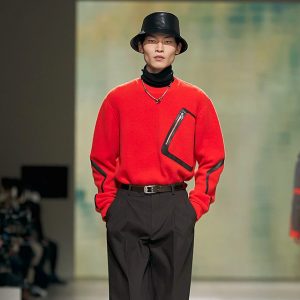 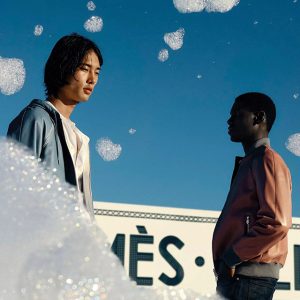