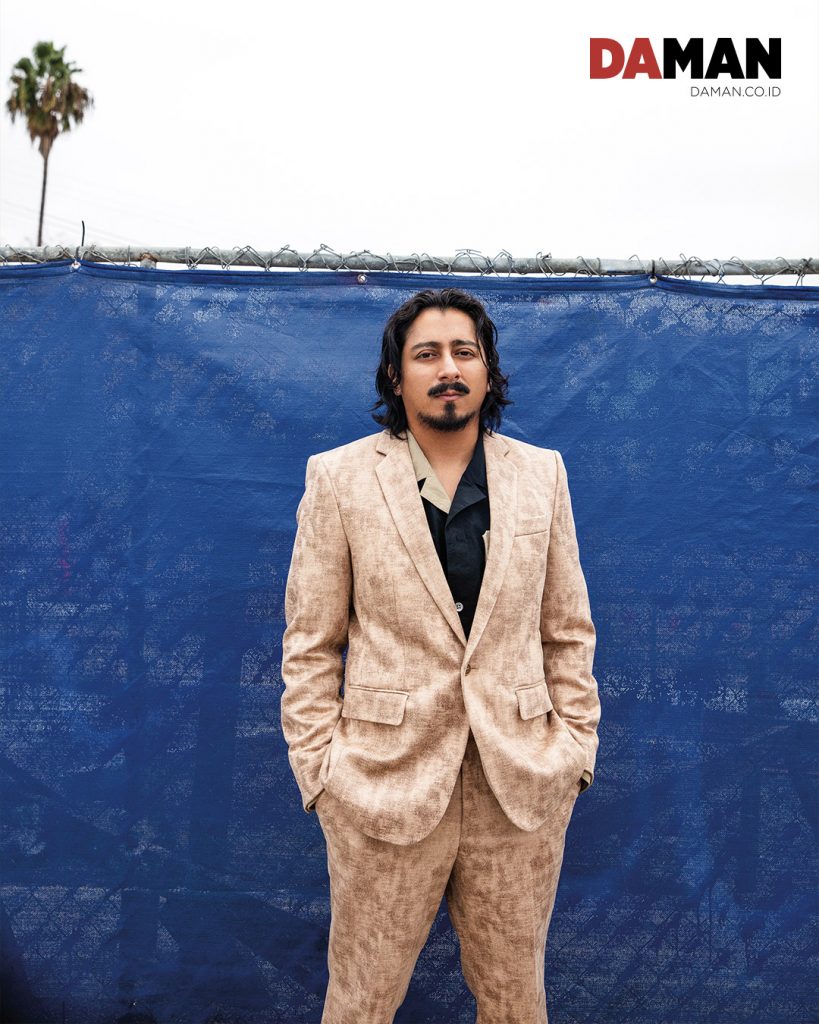 Upon hearing the name Tony Revolori, the first image that might pop into the minds of many might be Zero Moustafa, the lobby boy in Wes Anderson’s “The Grand Budapest Hotel”—a character who is completely invisible yet always in sight. That was eight years ago. Since then, Revolori has appeared on quite a few other movies, including “The Long Dumb Road,” “The French Dispatch” and the three most recent “Spider-Man” flicks. Interestingly, the California-born actor of Guatemalan descent has been into acting since he was a child. A lot has changed since “The Grand Budapest Hotel” and now, the 26-year-old performer is busier than ever, as he’s appearing in, among others, “Willow”—a fantasy adventure series that serves as the sequel to the famous 1988 movie of the same name.

DAMAN: Hi, Tony! Awesome to have you here, how are you doing these days?
Tony Revolori: Hey, happy to be here. I’m doing very well and keeping busy … fixing up my house slowly but surely; trying not to injure myself in the process.

DA: With the end-of-the-year in sight, tell us, how has 2022 treated you so far?
TR: 2022 has been such an eventful year—full of travel and fun adventures. As always, there have been ups and downs; but for the most part it’s been a great year. Hoping next is even better. 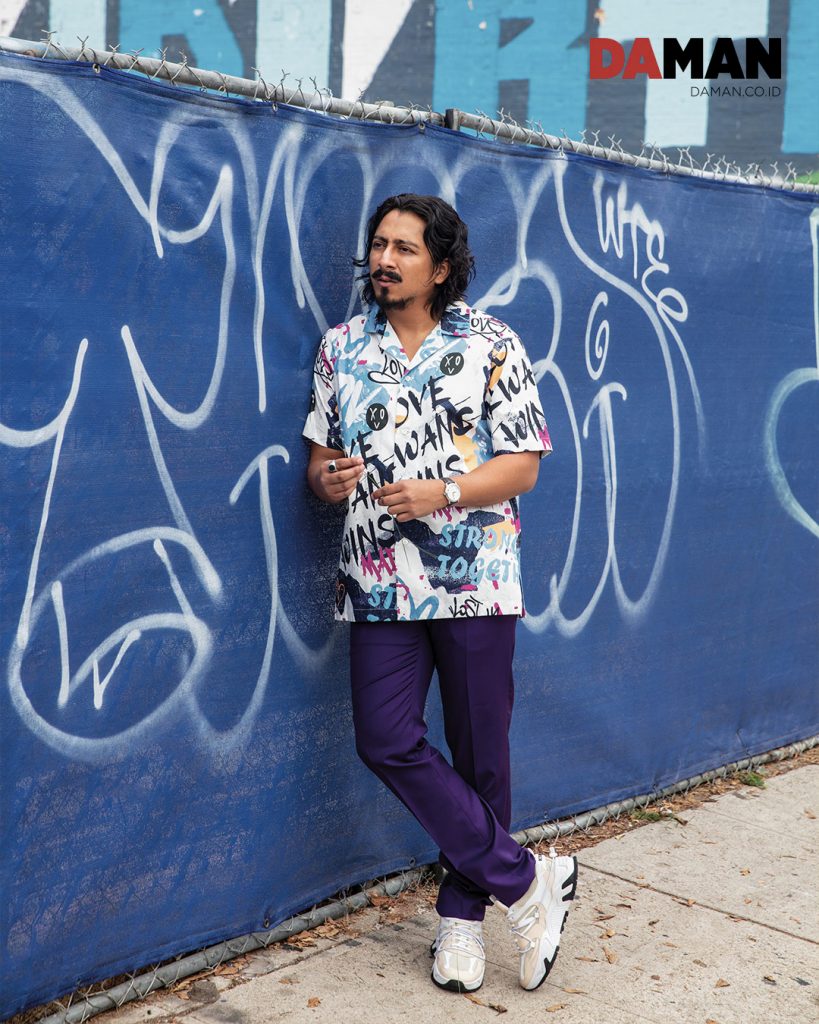 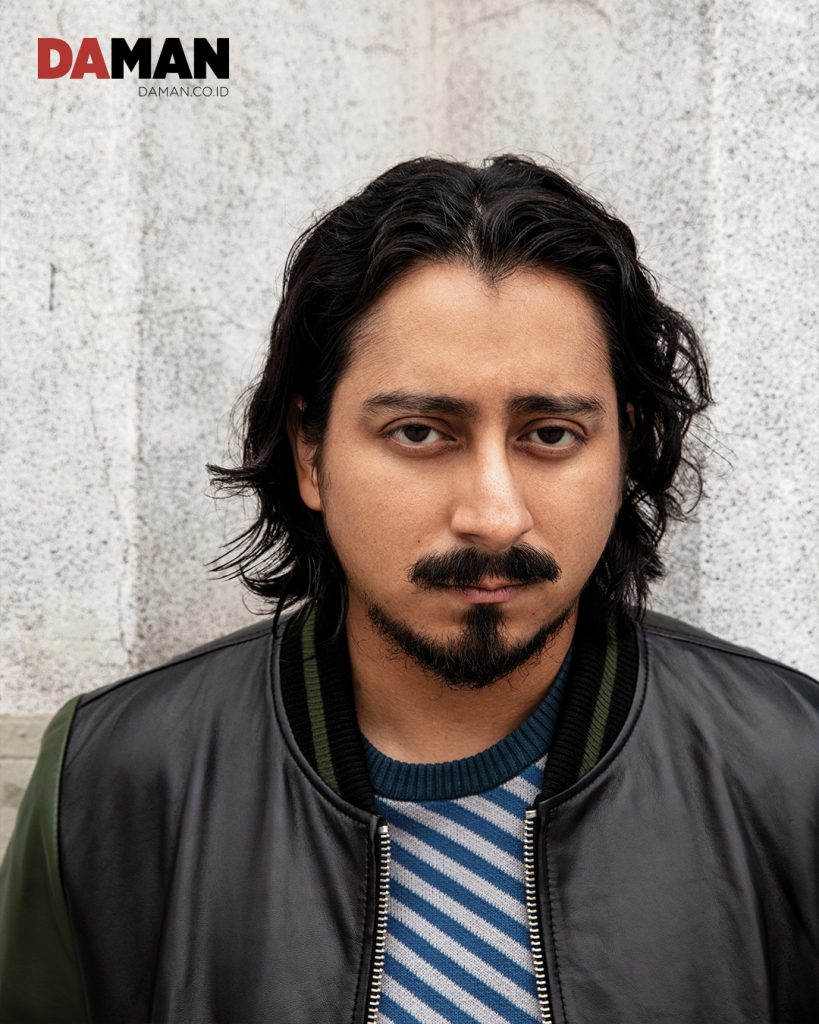 Jacket by ICEBERG; sweater by 4funkyflavours

DA: We learned that you’ve been acting since you were two years old. What is your earliest memory of being on set?
TR: The earliest thing I remember was making a commercial with my whole family. I think it was some sort of insurance Christmas commercial. My brother Mario and I were dressed like elves, and we stood next to—if my memory serves me well—Kareem Abdul Jabbar. Obviously, it was awesome!

DA: Since you’ve been acting for quite some time, what do you think has been the biggest changes affecting your profession so far?
TR: I would say that the biggest change has been the industry’s openness to accepting people of color in a wider variety of roles. We are still not where we should be, but considering where we started, we have come a long way and I’m grateful for that.

DA: Looking ahead, in what ways do you see the world of acting and filmmaking change even further?
TR: I hope it changes for the better and expands to provide more freedom for storytellers to tell the stories they want to tell, with the people they want for the job. I hope it sees the value of people of color, not just in supporting roles, but in more of the lead and mainstream roles that I know we all want.

DA: On a more personal note, how has life changed for you following the success of “The Grand Budapest Hotel”?
TR: Life has changed drastically for the better! Many doors have opened since that film, allowing me to take more control of my life and career. I made many friends there and developed relationships that I cherish to this day. And I will always be grateful to Wes’ for that.

DA: How do you prepare yourself for a role before filming for a new film starts? Do you have any special traditions or preparations?
TR: I will usually create a playlist for the character and write a little essay or cheat sheet of information that helps me fine tune the character. 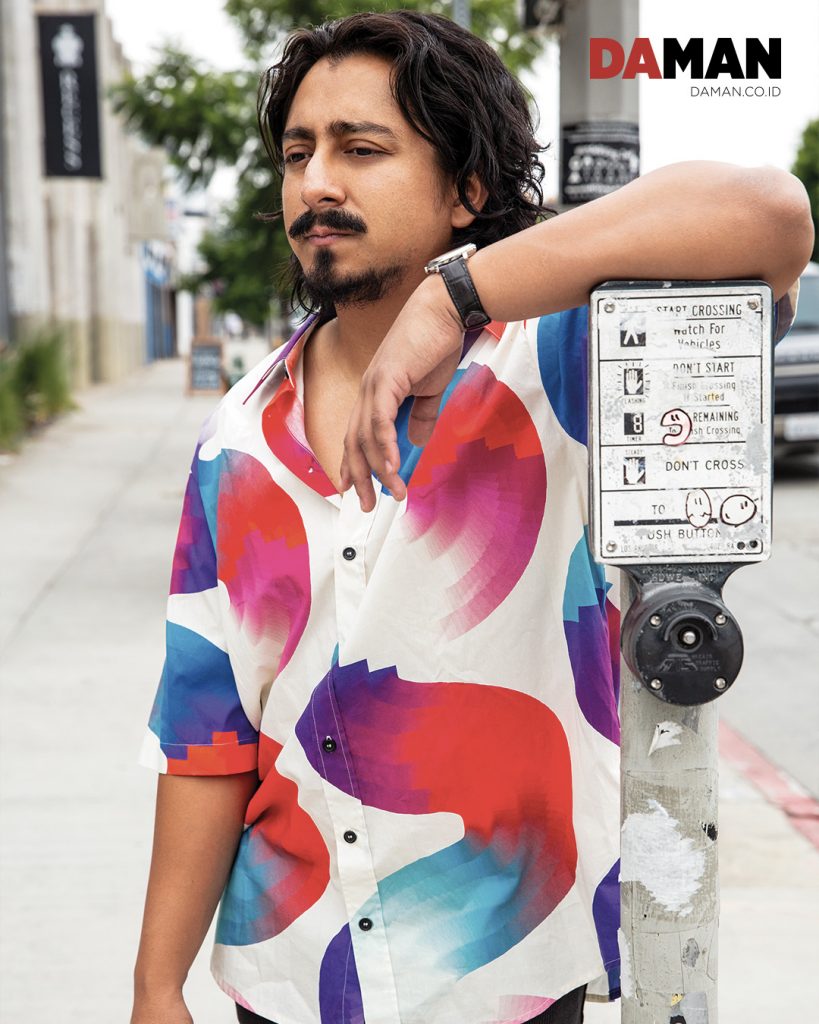 DA: Your newest series, “Willow” has started airing worldwide. What can you tell us about your character in the series?
TR: I play Graydon Hastur, a somewhat shy and introverted prince of the Galladoorn Kingdom who is reluctant to join this adventure. He has a dark past that he is only able to move on from with the help of his new friends. I loved playing such a complex character.

DA: By the way, how did you originally end up joining the show’s cast?
TR: It was a fairy normal audition process. I got the email from my agents and was a fan of the original movie, so I was really excited for the opportunity. After the audition, I had a great conversation with the producers and, as they say, the rest is history. Pullover and hoodie by K-way

DA: What’s it like working with the likes of Warwick Davis, Joanne Whalley and Christian Slater?
TR: It was so much fun to see Warwick and Joanne reprise their roles. I wish I had more scenes with Christian Slater. It was a blast. And the cast all became really great friends. Working with a young cast reminded me of my experience on “Spider-Man.”

DA: The series picks up years after the events of the original “Willow,” which has quite a large fanbase now. What can fans of the movie expect from the series?
TR: Well, as a long-time fan of the movie, I know how special it is and how dearly people hold it in their hearts. Our creator Jonathan Kasdan—and especially Warwick Davis—worked very hard to preserve the magic and soul of the original and I think fans will enjoy that. We will also not only be seeing places mentioned from the film, as the world has been expanded quite a bit in the series.

DA: We’ve learned that you’re set to appear in “Scream 6” next year … and that you have never seen any of the previous movies before joining the franchise. How about now?
TR: I’m excited to be joining the “Scream” franchise! I sadly have not seen any of the original movies, but I will probably marathon them before I see this current one. 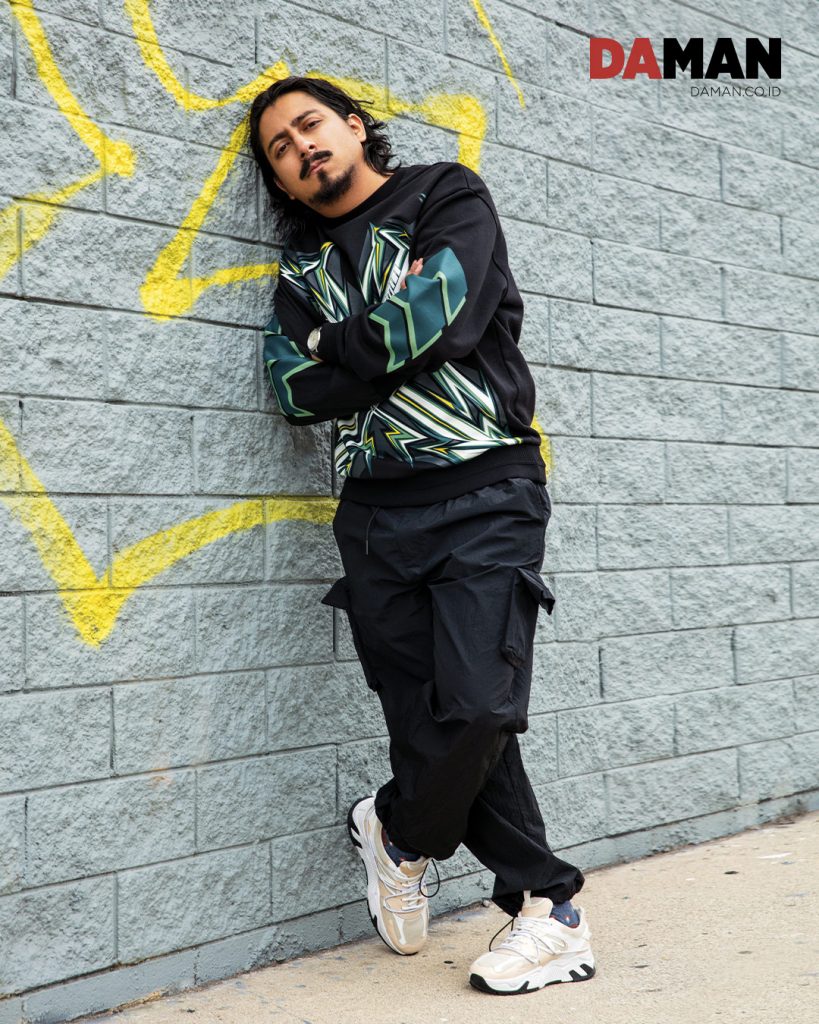 Pullover by MCM; pants by PORTS V; sneakers by ICEBERG

DA: Has “Scream 6” finished filming already? Without spoiling too much of the story, what can you tell us about the movie?
TR: Yes, “Scream” has finished filming! In this instalment, the four survivors of the Ghostface killings leave Woodsboro behind and start a fresh chapter. I won’t go into any more detail because the best part of these movies is experiencing every unexpected twist and turn as the story unfolds. I want to keep the mystery for the fans.

DA: And also next year, you’re set to return to Wes Anderson’s universe in “Asteroid.”  What can you tell us about your role in that movie?
TR: I wish I knew! I’m so honored to continue working with Wes and I think that’s about all I can say. Top secret stuff.

DA: How do you feel being involved in another Wes Anderson project?
TR: I am always happy to hear that I’m wanted back. I love working on his films; it’s always like a little reunion of friends and I’m very excited for audiences to see this film.

DA: We heard that “Asteroid” will have a stellar cast with the likes of Tom Hanks and Margot Robbie—who are making their debut on a Wes Anderson film—and there’s also Scarlett Johansson, Bryan Cranston, Jeff Goldblum and more. Do you still get starstruck being on set with them?
TR: Of course! Who wouldn’t? The beautiful thing is we are all actors there to do the same thing and they are all so amazingly sweet. Wes does these nightly dinners and you really get to know people breaking bread. So .all that awe and starstruck-ness kind of fades away. 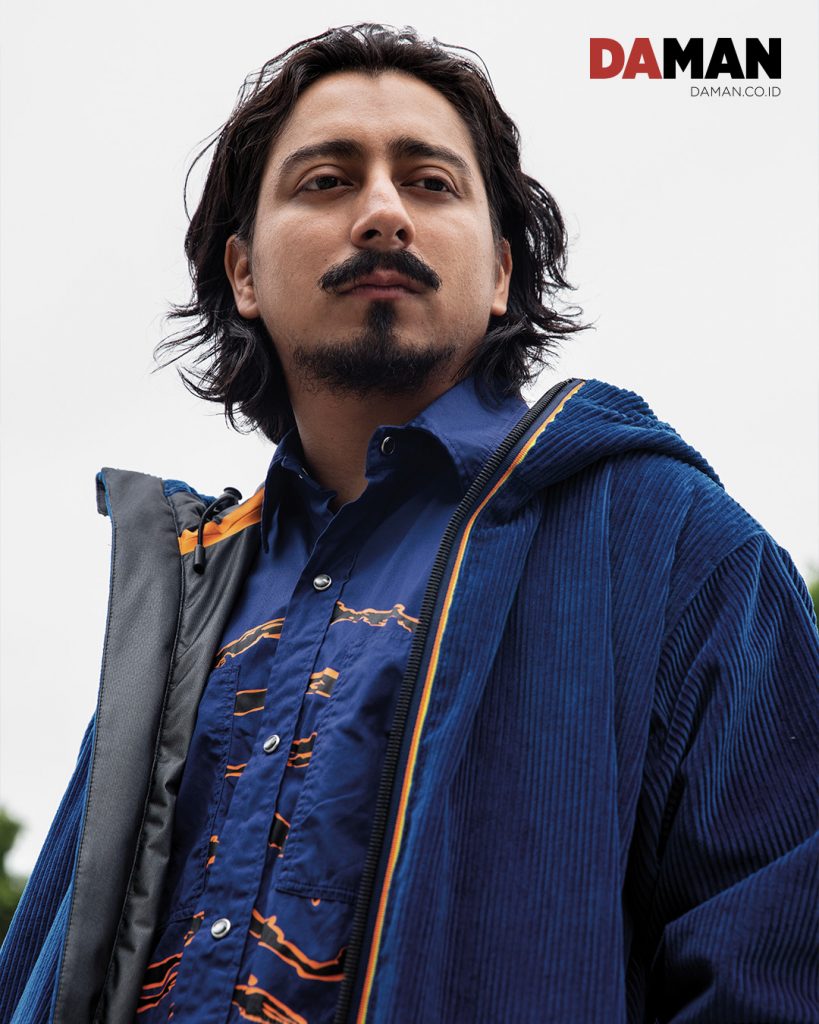 DA: When we see you play these unique characters on-screen with their quirks and all, we sometimes wonder: How much of it comes from the writers of the film and how much of it is your own interpretation of the role?
TR: It’s a combination of factors as always. I am always speaking with the writers and directors to collaborate with them. Sometimes they leave it all to the actors and sometimes they have so much knowledge of the characters which can really help shape my performance.

DA: Looking to the past a bit, what is your all-time favorite role?
TR: It’s hard to say, but if I had to pick it would be Zero in “The Grand Budapest Hotel.” This role holds a very special place in my heart. 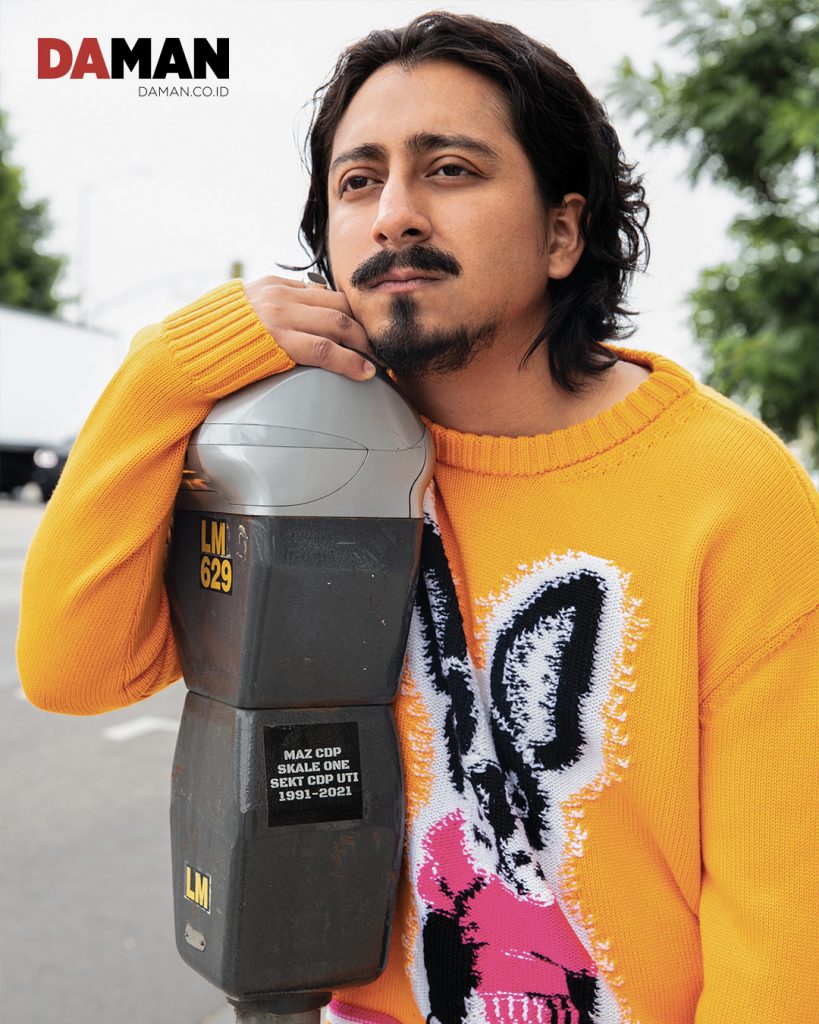 Sweater by MCM; jeans by XIVI DA: What kind of roles would you like to try out in the future? Your dream project, if you will…
TR: There are many dream projects that I think young Tony would have loved for his future, like a wizard in “Harry Potter” or Ace in the “One Piece” live action series … or even maybe Hamilton in the musical. I think, at its essence, the roles I really want are wonderful characters in stories that say something. I have started writing a lot myself, specifically for these types of roles.

DA: On the lighter side of life, besides acting, what else are you most passionate about?
TR: I adore film cameras; they are a big passion of mine. Also, I love soccer. My favorite team is AC Milan and I try to never miss a game.

DA: Last question, how do you see yourself evolve from the first role you played up until now?
TR: You know, I’ve never thought about this. I definitely see that I approach my craft with more knowledge. I’ve grown a lot since my first role and I also have different needs. I can examine the complexity a bit deeper and find the nuances more easily. But I think. most importantly, I can enjoy the moments and process a bit more. I can look at the bigger picture and see how all of the pieces add value.