DA MAN Magazine - Make Your Own Style! > Archive > Where to Go in Singapore, the Art Hub of Southeast Asia

ARTSY CITY. The Lion City has been gearing up to become the art hub of Southeast Asia, and so far so good. Here are some artistic spots worth dropping by 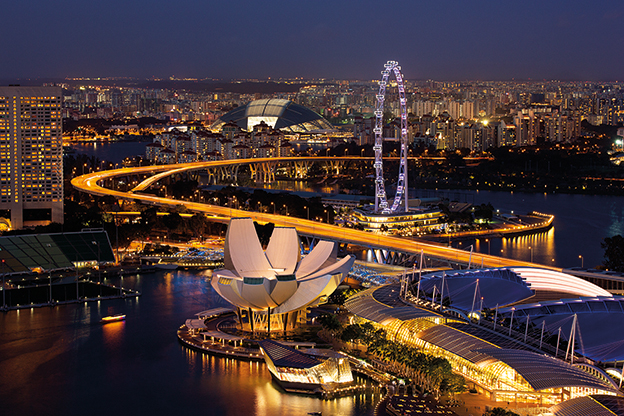 June to mid August is always the best time to visit the Merlion, mainly due to the great Singapore sale going on. As if to further fuel the adrenaline rush of thousands of shopaholics descending on its malls, the Lion City’s has insistently ramped up its artistic appeal in almost all aspects—which really comes off as icing on the already splendid cake.

So when you are in town this time around, these quirky spots could give you a dose of artsy vibes in between your shopping marathons. 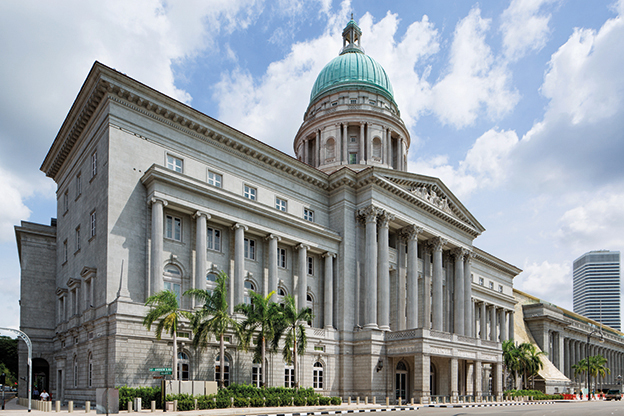 Inaugurated last November, National Gallery Singapore (nationalgallery.sg) is a prime example of how eager and ambitious the Lion City is in becoming the hub of Southeast Asian art. The architecture straps together two of the nation’s colonial buildings, the Supreme Court (built in 1937) and the City Hall (1929). French firm Studio Milou, in partnership with CPG Consultants, came on board to perfect the design’s harmony, wrapping parts of the exteriors with fine metal mesh—seen also beautifully sloping down above the entrance—and erecting tree-like columns in the adjoining space.

Stepping inside, visitors will find a chain of trendy shops offering fashionable gifts, including the highly populer Kitsune T-shirts and various phone cases, along with a laidback café perfect for lazy afternoons. If you’re already there, you might as well snack on some light bites before exploring the expansive six-story gallery, which houses over 8,000 pieces of art from Singapore and other Southeast Asian countries, which makes it the largest gallery of its kind in the world. As the sun sets, come up to the rooftop and sum up the day with a cocktail or two and awesome city views. 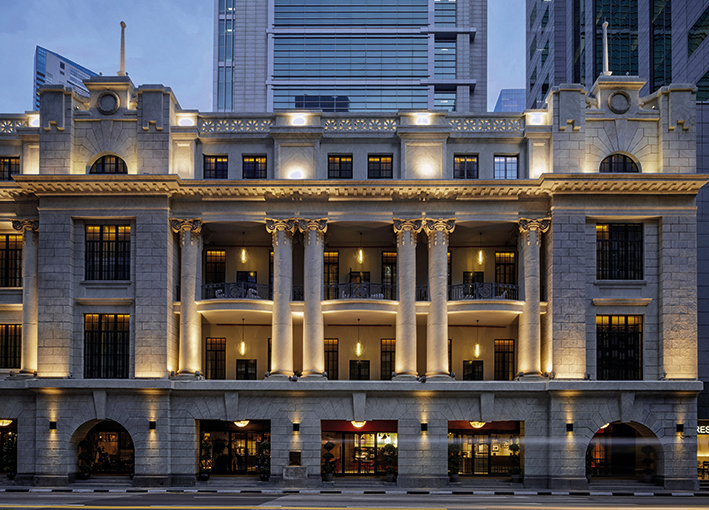 The sense of art is equally transposed into the shapes and forms of modern skyscrapers filling the cramped skyline. The Lion City is no stranger to world-renowned individuals lending their hand in creating iconic landmarks, and one of the most recently erected is Sofitel So Singapore (sofitel.com), a five-star luxury hotel boasting the magic touch of Karl Lagerfeld. The venue is haute couture all the way, from the lobby to the 134 guestrooms and nine suites. This is, by the way, the only Sofitel So graced by the legendary fashion icon, as each Sofitel So features a different designer. 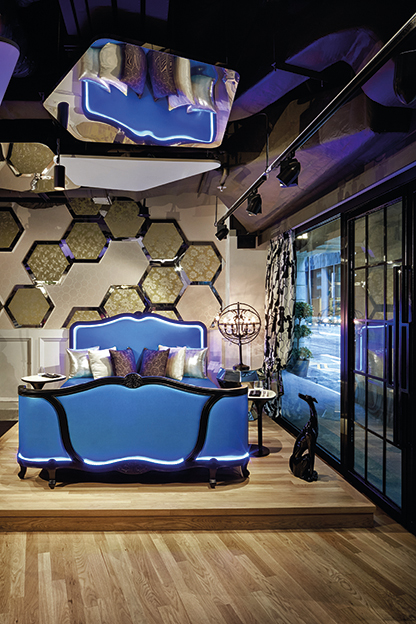 The colorful decor of The South Beach

Philippe Starck, a more familiar name in the fine hospitality industry, also left a lasting and wholly artistic imprint in Singapore with The South Beach (thesouthbeach.com.sg), a high-rise, 654-room hotel suitable for the crème de la crème of society. The sexy interior design is evocative of Starck’s signature style, while every nook and cranny seems to be artistically set up for photo ops. Last but not least, the lobby, which is also called the Global Village, is an impeccable visual feast in itself. 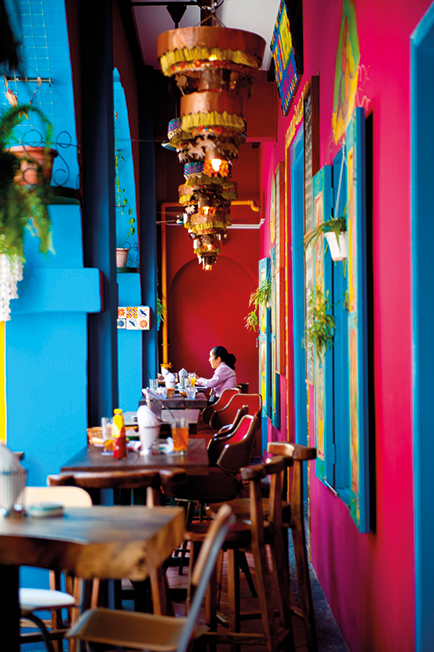 A cafe at Haji Lane

It’s true that Singapore is a veritable playground for the consummate shopper. What’s important to note, especially during frenzied sale periods, is the availability of exclusive items that you won’t get anywhere else. One example is the NikeLab x RT: Training Redefined collection—a collaboration between Nike and Givenchy’s Riccardo Tisci—at Surrender (surrenderous.com) at the Raffles Hotel Arcade. This well-curated store also carries plenty of luxury goods from other artisanal brands.

If you swing by Orchard Road, you might want to check out the Abercrombie & Fitch Singapore (abercrombie.com) store one more time. Its nightclub-like setup is pretty iconic to the brand, which gained popularity in the last couple of decades thanks in part to its foul-mouthed ex-CEO. This unique concept, sadly, has been subject to drastic changes all over the world, and the Singapore store will follow suit sooner or later.

The Tiong Bahru district is among the oldest residential estates in Singapore, yet its ancient facade belies the literary treasure hidden within. Sitting amid homey hole-in-the-walls, Books Actually (booksactuallyshop.com) is an independent bookstore that also helps promote local writers.

To rekindle your childhood wonder for books, head down to Woods in the Books (woodsinthebooks.sg), a picture bookstore close to Books Actually. While eye-catching doodles adorn the store, the inside contains a world of color that celebrates the epic adventures contained in everything from classic folklore to “Tintin.” Surely, there are plenty of options for thoughtful gifts. 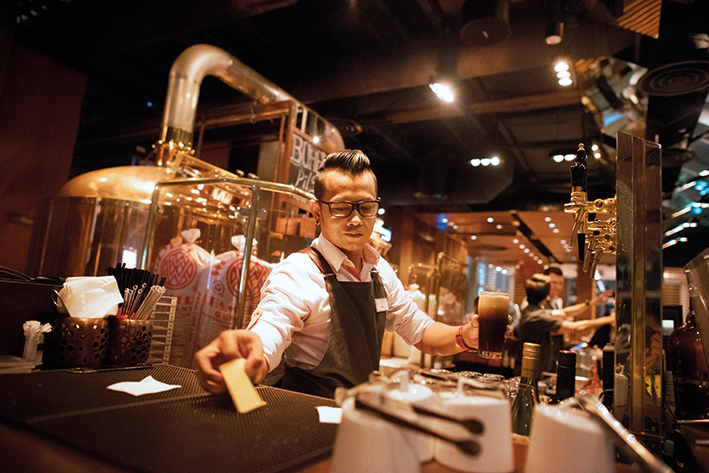 A bartender at LeVel 33

The Lion City is never short of artsy coffeehouses and you won’t have any trouble looking for a perfect cuppa. The hip and boisterous Haji Lane, next to Kampong Glam, is a fantastic spot to delve into Singapore’s thriving café culture. Beyond tastes and ingredients, there’s the Selfie Coffee which offers more than a boost of caffeine in every cup. The idea of “printing” your own selfies as latte art is such a tasteful mood—and ego—booster, and, of course, gives you one more reason to take another selfie. 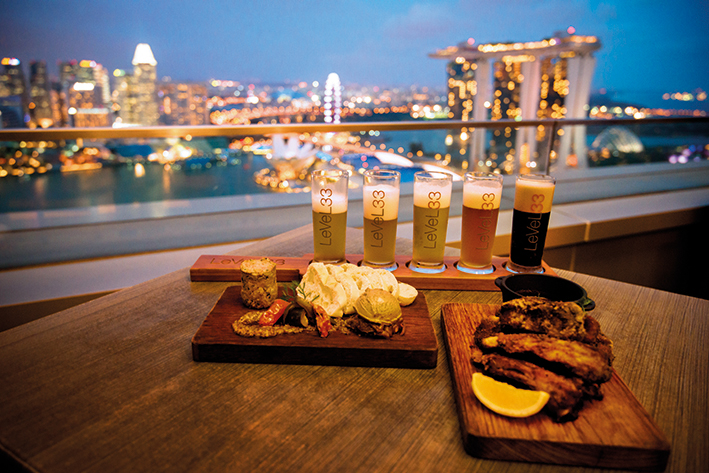 The lagers and city view from LeVel 33

If Haji Lane is made for café-hopping, Club Street and Ann Siang Hill are the top contenders for bar-hopping. One of the best watering holes in the area is Oxwell & Co. (oxwellandco.com), the brainchild of a group of culinary-savvy Brits who enlisted the help of Mark Sargeant, Gordon Ramsay’s former right-hand man. Some of their cocktails use ingredients plucked straight from their own organic rooftop herb garden, a clear testament to how serious they take the drinking culture and mixology.

For an authentic taste of Singapore’s culinary roots, Nutmeg & Clove (nutmegandclove.com.sg) might yet be your best bet. Their infusion of homegrown ingredients in their signature cocktails are intriguing, if not eye-opening, even for experienced tipplers. Topping all that off is an interior inspired by ancient Chinese medicine halls. This bar definitely fits the bill for an adventurous night-out. 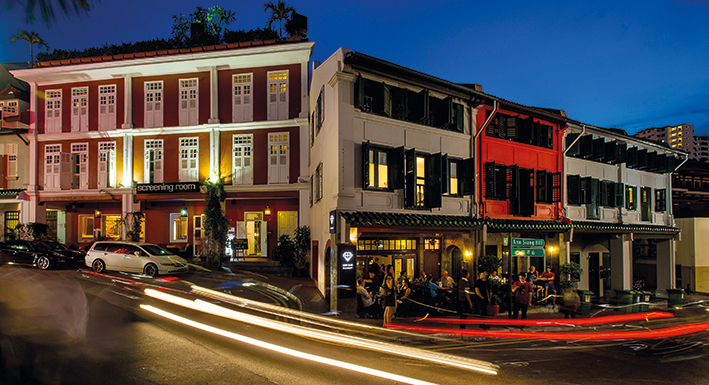 To end your Singapore adventure on a high note, you definitely need a good cold beer or two (or more) and some sweeping city views to take in between sips. Both of these are right up the alley for LeVel 33 (level33.com.sg). Billed as the world’s highest urban craft-brewery, this rustic yet modern bar sits on top of the Marina Bay Financial Centre at the heart of Singapore’s new financial district. The 33.1 Blond Lager is a modern take on original beer recipes from 19th-century Vienna, while the 33.2 Pale Ale comes from a 17th-century recipe, and the list goes on.

Matching those flavorful lagers are panoramic views over Marina Bay Sands, Esplanade and all other artful landmarks that make up this wonderful city. Craft drinks, artsy city and an awesome location—what could ever top that?

1. As most bills already include service charge, tipping is not necessary. Exception: hotel porters; S$2 per bag is common.

2. During trips lasting more than two days, use EZ-Link cards for public transport.

3. Chewing gum is actually not illegal. Selling and importing it, however, is.

4. Forgetting to flush a public toilet is fined S$500 and feeding pigeons S$500.

5. The MRT runs from 5.30 a.m. to midnight. Drinking (even sipping water) or eating while commuting will earn you a S$500 fine.

6. Refunds on the seven-percent Goods and Services Tax (GST) can be claimed for any purchase above S$100 at participating shops. 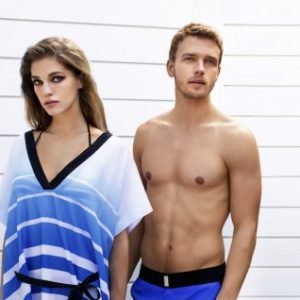 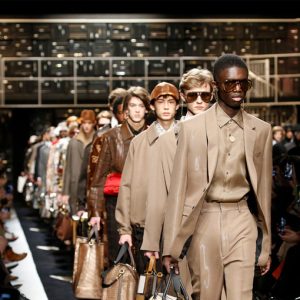 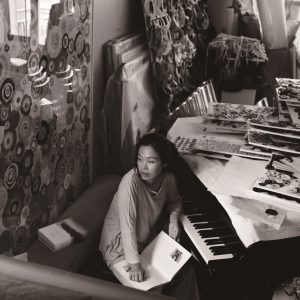 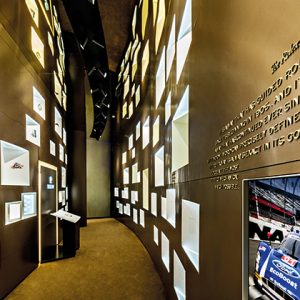 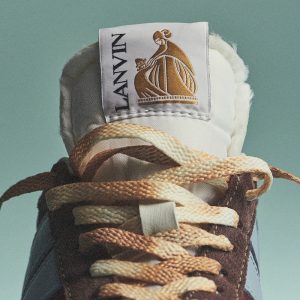 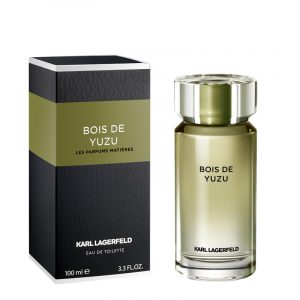 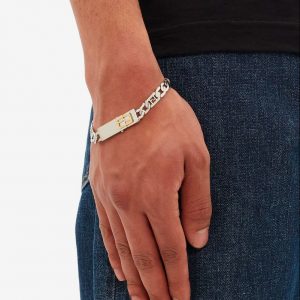 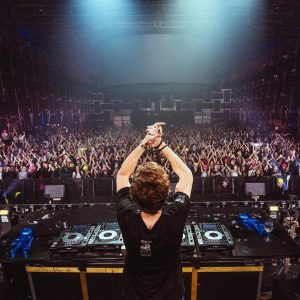