Up close and personal with three Patek Philippe novelties that show why the Genevan manufacture remains the undisputed master of grand complications. 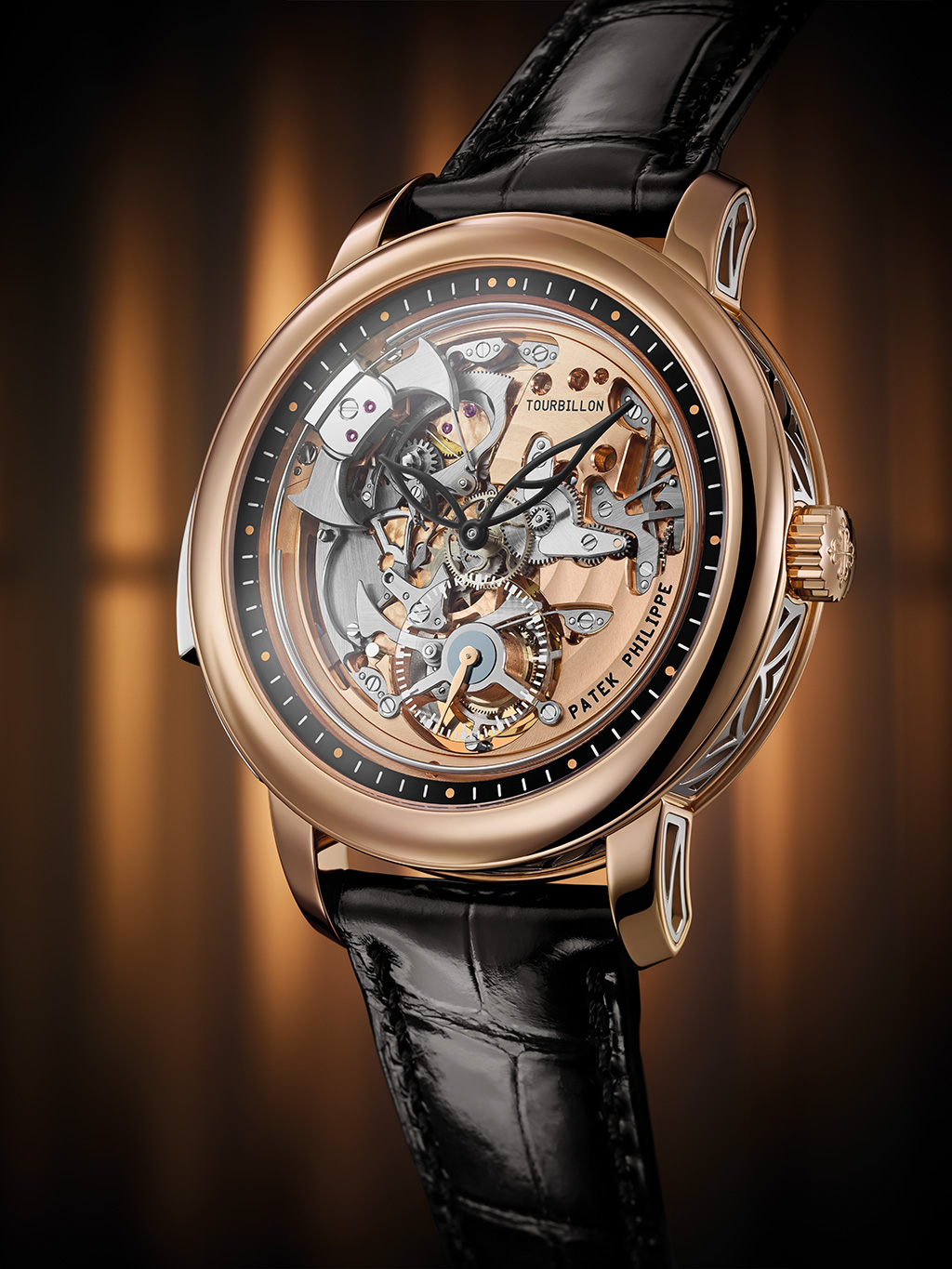 There is something inherently intriguing in the way Patek Philippe creates its watches—which are arguably among the best timepieces in the realm of haute horlogerie. While people often talk about, say, the hand finishing on the movements or the Patek Philippe Seal, an even more remarkable aspect of the Genevan watch manufacture is its long line of grand complications.

Since early in its history, Patek Philippe has shown itself to be a master of creating grand complications and miniaturizing these mechanical marvels to fit increasingly compact cases. A frequently cited example would be the Stephen S. Palmer Patek Philippe Grand Complication, No. 97912. Created in 1898, the watch features a minute repeater, perpetual calendar, split-seconds chronograph, grande and petite sonnerie, and moon phases. Then there is the Calibre 89, a commemorative pocket watch created in 1989 which houses a grand total of 33 complications. No less impressive is 2014’s Grandmaster Chime, which sees 20 complications fitted into a wristwatch.

Now, as impressive as these feats of watchmaking are, what is even more remarkable is that Patek Philippe has an extensive collection of grand complication watches as part of its regular production. In other words, not only is the Genevan manufacture capable of creating the most complex of timepieces, it does so as a fundamental part of the way it creates watches.

Take a closer look at these three grand complication novelties… 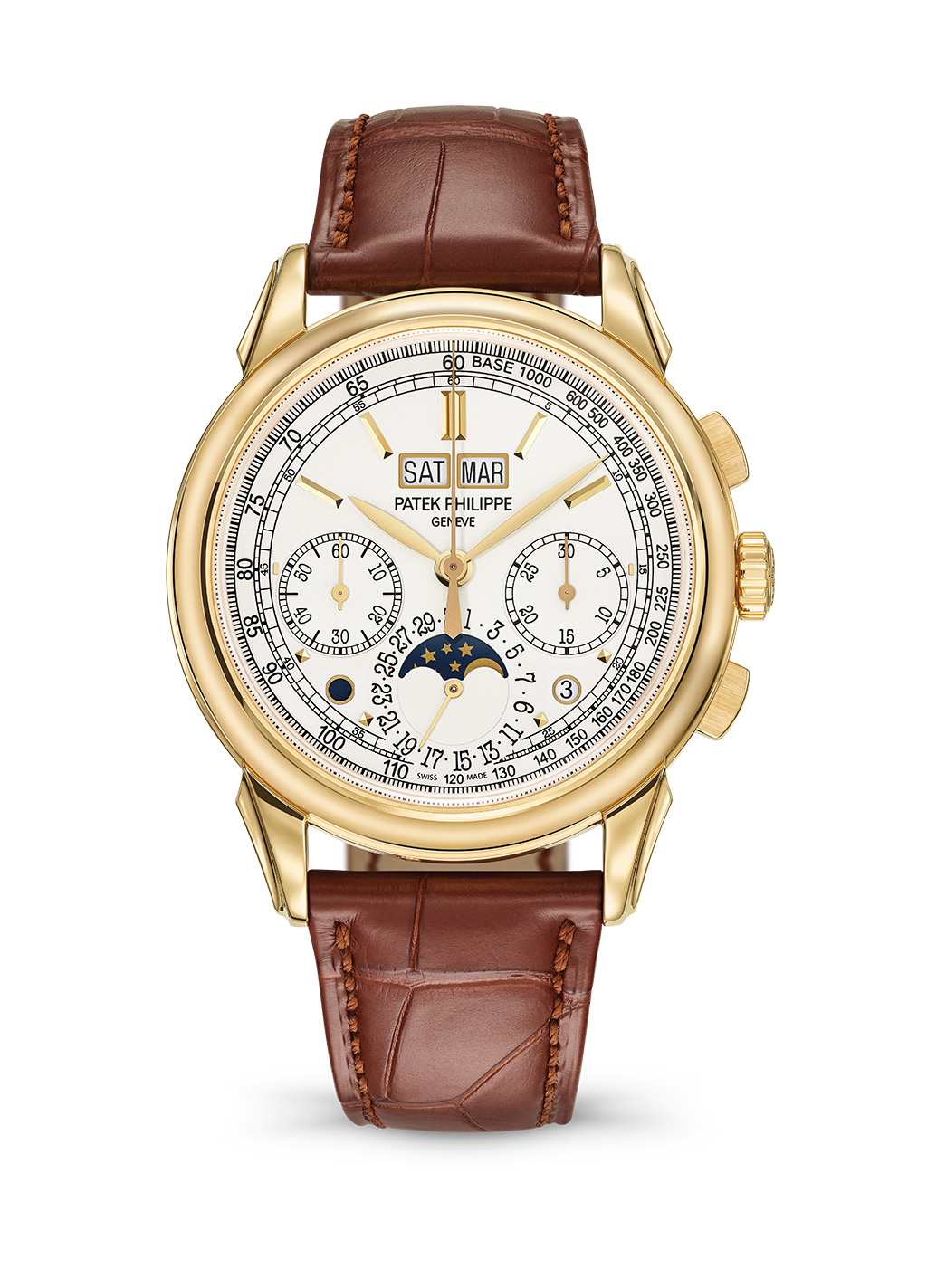 The Ref. 5270 chronograph with perpetual calendar made its debut in 2011 but its roots can be traced to the Ref. 1518 from 1941. The first iteration of this model came in a white gold version with different dial variations (silvery and blue). A rose gold version was then introduced in 2015 before being discontinued in 2018, which was when two new variants were introduced: One in platinum with a golden opaline-dial and one in rose-gold with an ebony black sunburst dial completed with a gold “goutte”-style bracelet.

2020’s Ref. 5270J-001 comes in a yellow gold case and features a silvery opaline dial. The latter, in turn, features a tachymeter scale, subsidiary dials and various apertures, including the day of week and month display at 12 o’clock as well as the moon phase, leap-year cycle and day/night indications on the lower half of the dial.

On a more technical note, the Ref. 5270J-001 is powered by the caliber CH 29-535 PS Q, the first chronograph movement with a perpetual calendar developed and crafted entirely by Patek Philippe. While its architecture can be considered traditional, it also features six patented innovations and an extremely thin calendar mechanism. The intricate workings of this movement can be viewed through the sapphire-crystal case back. One of the definite highlights at the Watch Art Grand Exhibition Singapore 2019 was the limited-edition Ref. 5303 Minute Repeater Tourbillon. For one, it was the first Patek Philippe Grand Complication with a minute repeater whose hammers and gongs are clearly visible on the dial side. The tourbillon at 6 o’clock, visible through the small seconds counter and contrasting handsomely against the rose gild plate, adds another distinctive visual flair to the watch.

The new Ref. 5303R-001 is a slightly modified version of the 2019 model and has joined Patek Philippe’s current collection. Sharp-eyed watch connoisseurs might immediately notice subtly reworked elements of the manually wound caliber R TO 27 PS thanks to the watch’s open architecture. Of particular note are the manual finissage of movement parts, including Geneva striping for the plate, perlage for the recesses, and circular satin finishing of the strikework hammers.

It doesn’t end there, however, as the Ref. 5303R-001 features many other unique visual delights, from broad polished bezel as well as white-gold intarsias engraved with foliage motifs in the flank and strap lugs. That same motif reappears on the white-gold slide that activates the minute repeater, reinforcing the idea that the Ref. 5303R-001 is as much a feast for the eyes as it is for the ear. 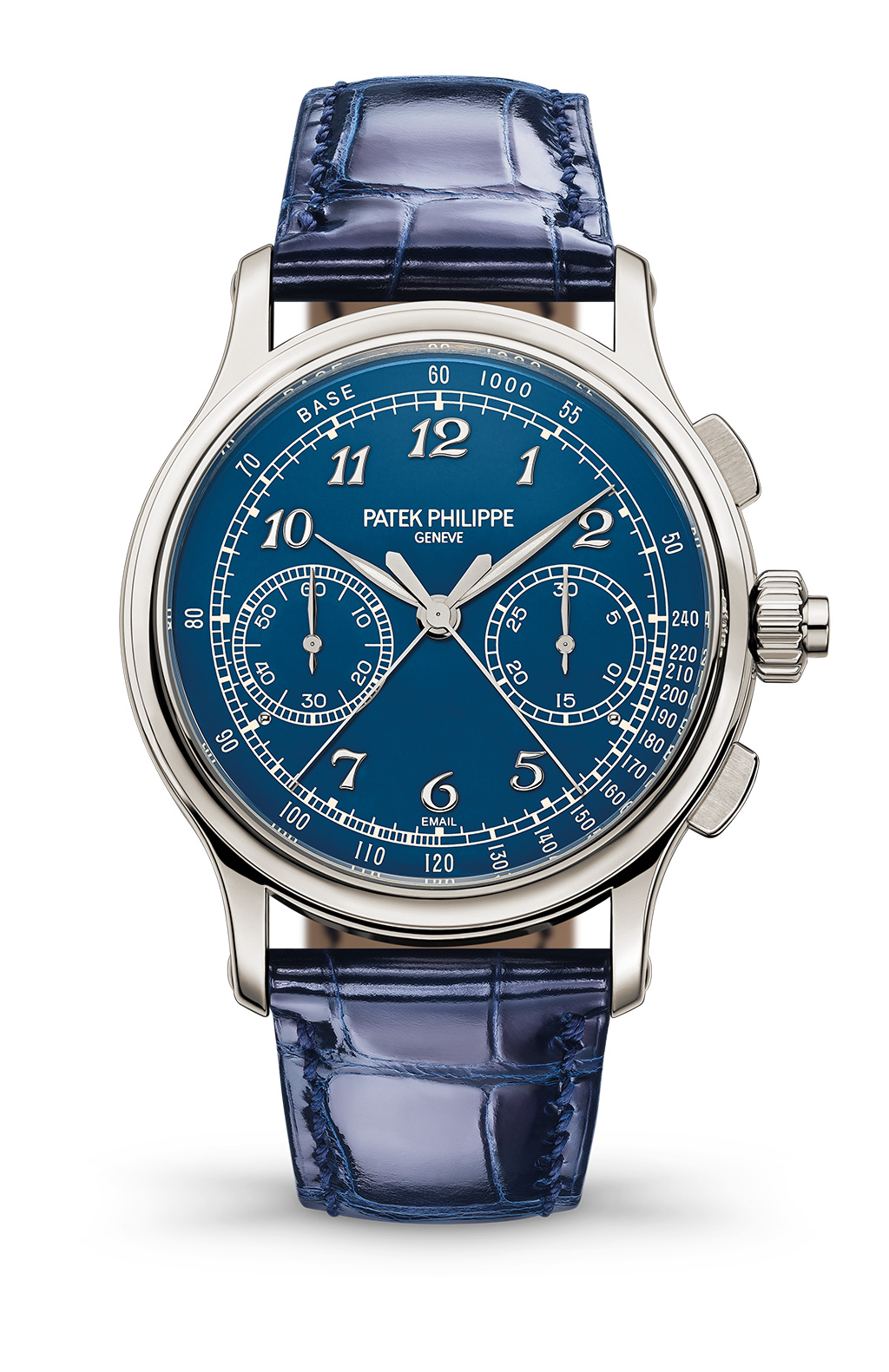 The chronograph is perhaps one of the most popular horological complications. While this might lessen the novelty factor for some, a split-seconds chronograph is definitely in a class of itself. And this is especially true for one by Patek Philippe. It goes without saying that the manufacture is also an authority on this complication, having created one of the earliest known known split-seconds chronographs—the No.124.824—back in 1923.

The new Ref. 5370P-011 is a direct continuation of 2015’s Ref. 5370, Patek Philippe’s first split-seconds chronograph based on the caliber CHR 29-535 PS in a classic configuration. It is a strong testament to the brand’s mastery of the complication that this single watch houses six patented chronograph innovations and one patent for its rattrapante mechanism.

As befitting of a watch that belongs to the class of technical instruments, the Ref. 5370P-011’s dial offers outstanding legibility. At the same time, it also showcases the brand’s command of rare handcrafts. The gold applied Breguet numerals, tachymeter scale and white gold leaf-shaped hands are set in contrast against a Grand Feu blue enamel dial that presents an incomparably intense blue. Rounding up the watch’s aesthetic package is a shiny night blue alligator strap and the platinum fold-over clasp.