Style transformation. It happened around 2008 or so. Ryan Gosling, the talented actor from Canada who used to share the stage on The Mickey Mouse Club TV show with the likes of Justin Timberlake, Britney Spears and Christina Aguilera, has become, in many ways, more respected than all of them. Part of that respect comes from his radical style transformation that took place in or around 2008.

Previous to that period, he used to be seen with a scraggly beard, bizarre T-shirts and dirty shoes that just flat-out did not work. There are only a few guys on the planet that can pull off that sort of style and still look okay. That’s an elite group of men that either have multiple ‘Best Actor’ Oscars, who can wear anything they please, or there are guys that look like Brad Pitt, young Robert Redford, young Marlon Brando, etc.

But Ryan Gosling, the star of recent hit movie Crazy, Stupid, Love, in which he teaches Steve Carell’s character how to be stylish, is himself a true style icon. Some guys are born to be stylish, some work at it and become stylish. Gosling is the latter.

Now he can pull off a high-fashion Italian suit with the best of them and it doesn’t hurt that underneath all that fabric and material, he’s got of physique that Emma Stone’s character gushes about with incredulity—”Seriously!? It’s as if you’re Photoshopped”—when he takes off his shirt in a scene from Crazy, Stupid, Love.

But even more than the physique and clothing choices, he has a certain laid-back coolness that borders on a sort of haughty charm. But it works for his style perfectly. 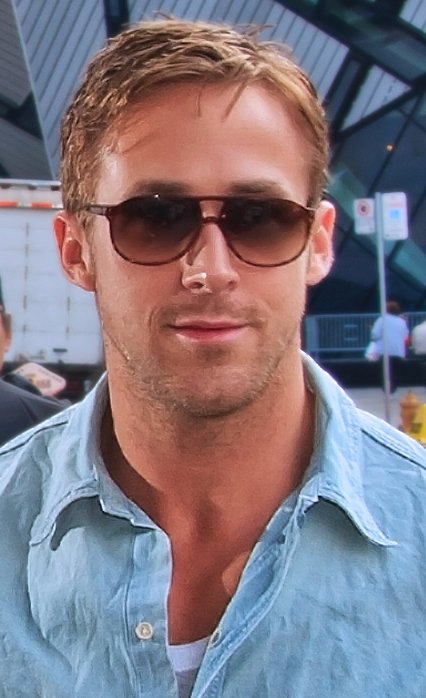 Gosling Quotes
• “I always wanted to entertain. When I was six, a scrawny, scrawny kid, I’d get in my red Speedo and do muscle moves.”

• “I feel it’s important to show that one thing that you do doesn’t define you as a human being.”

• “You now it’s all in the uniform. Once you’re in it, it usually does all the work for you.”

• “I just have my own taste, and I just try and stick with that.”

• “I’ve learned it’s important not to limit yourself. You can do whatever you really love to do, no matter what it is.”

• “If I eat a huge meal and I can get the girl to rub my belly, I think that’s about as romantic as I can think of.”

• “I think we’re very complicated and we’re capable of all kinds of things, and movies don’t reflect that.”

• “It’s nice to be around people that have a sense of the world around them that are, in general, more conscious and conscientious.”

• “All my characters are me. I’m not a good enough actor to become a character.”

• “All of these things [in the movies] are artificial, and you have to strip that away if you’re going to achieve a sense of intimacy. In real life, sex is messy and we wanted to get at that wonderful messiness [in Blue Valentine].”

• “I never wanted to work before. Every time I made a movie, it made me sick to my stomach and I just tried to do it as little as possible, but I’ve had a few really good experiences lately and I’m feeling better about, so now I’d like to work more.”

SHARE
TAGGED IN: . It happened, and Christina Aguilera, around 2008, Britney Spears, from Canada, has become, in many ways, more respected, or so. Ryan Gosling, Style transformation, than all of them, the talented actor, who used
2002 Views