ONE SUNNY STARLET. Mentari De Marelle’s sunny disposition belies the kind of acting chops that goes beyond her years. This is her debut story as told to DA MAN 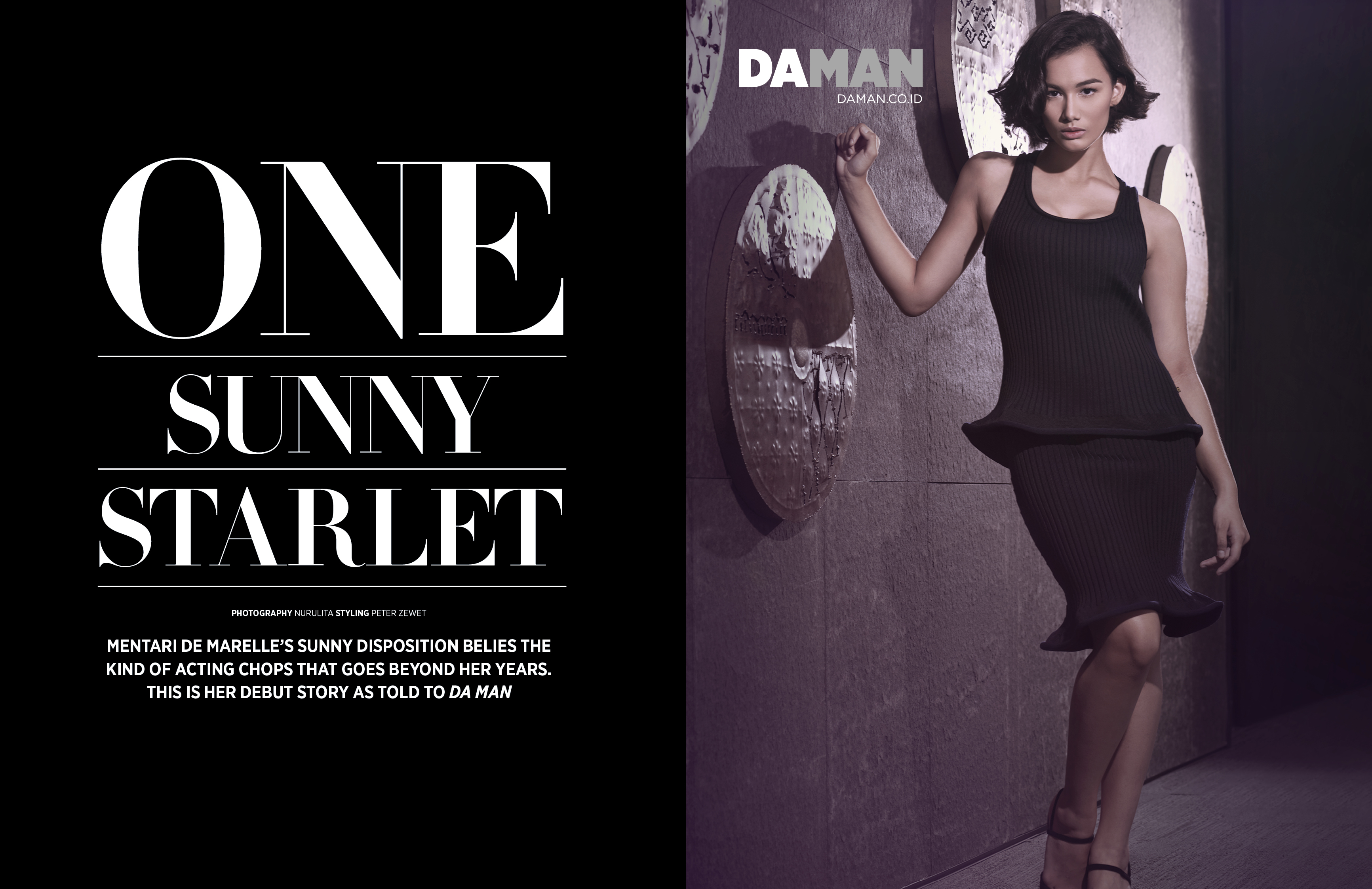 Most of the time, Mentari De Marelle comes off like a typical 18-year old girl. There’s the bubbly personality, the laidback attitude and the air of self-assurance that comes with the inexperience of youth. Except in this case, the self-assurance is actually more than warranted. Despite her tender age, the Belgian-born model-slash-actress is a definite cut above the rest. 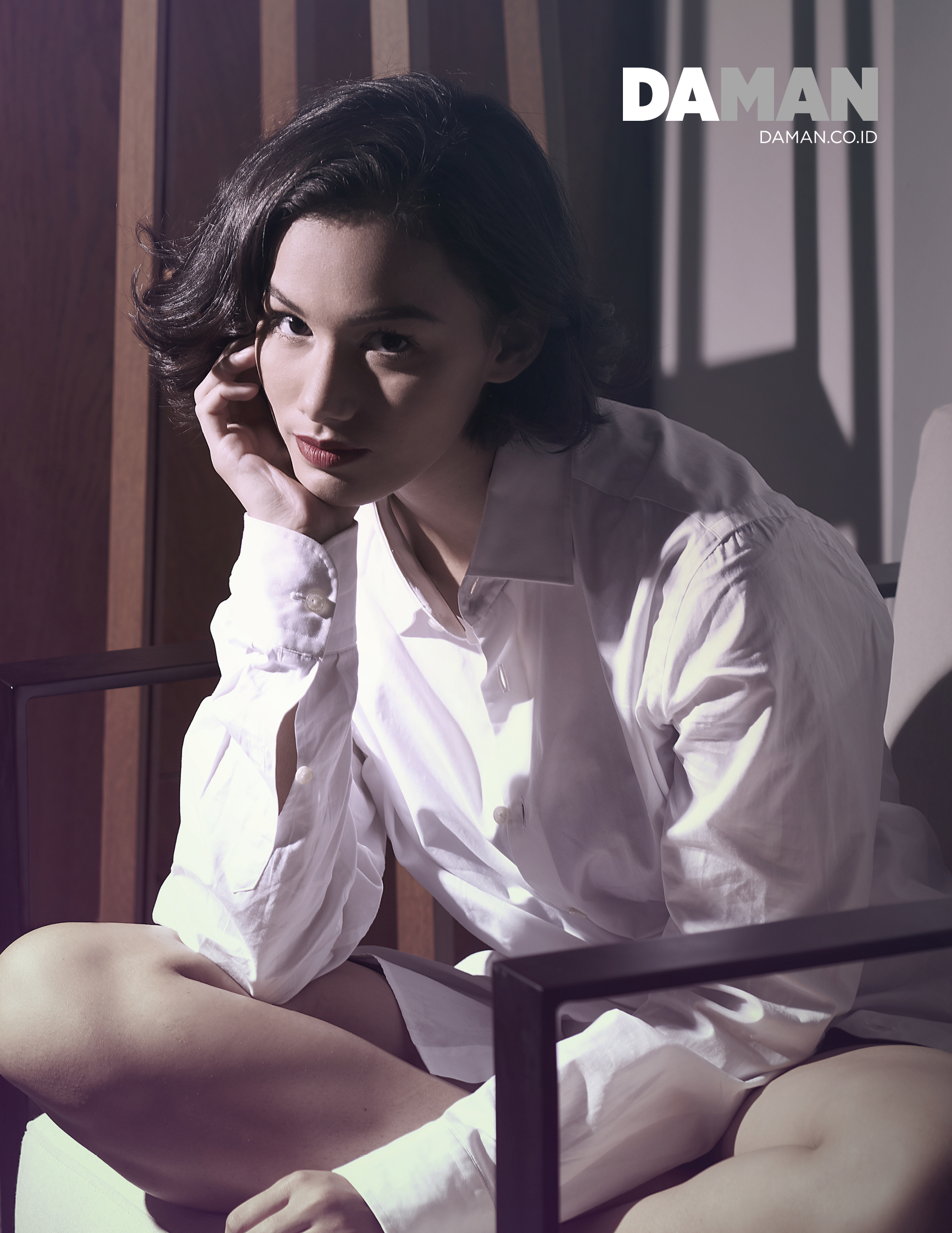 One of De Marelle’s first big breaks came when she became a finalist in an Indonesian preeminent teen beauty pageant in 2011, which has a long history as the proofing grounds for many soon-to-be stars. This particular starlet, however, was destined for the big screen.

“If you just roll with it and you just do good, you don’t have to worry about your looks or anything”

De Marelle’s first major role was in “Yasmine,” a Brunei-produced coming-of-age movie in the same vein as “Karate Kid”—the 1984 original, that is. “There were other girls who were already well-known trying out as well,” she reminisces. “But the action director liked me better because my body was more flexible, and my face contrasted nicely with the Brunei actors.” The latter was a plus point as De Marelle played the lead antagonist, but the former proved even more useful as the role required her to take a crash course in pencak silat. Yes, much like the aforementioned “Karate Kid,” “Yasmine” centered as much on the martial art as it does on teen romance. More importantly, however, “Yasmine” showed the industry that Mentari De Marelle had a knack for taking on challenging roles. That brings us to her latest movie project: “Blusukan Jakarta” (which translates roughly to “Entering the Slums of Jakarta”). 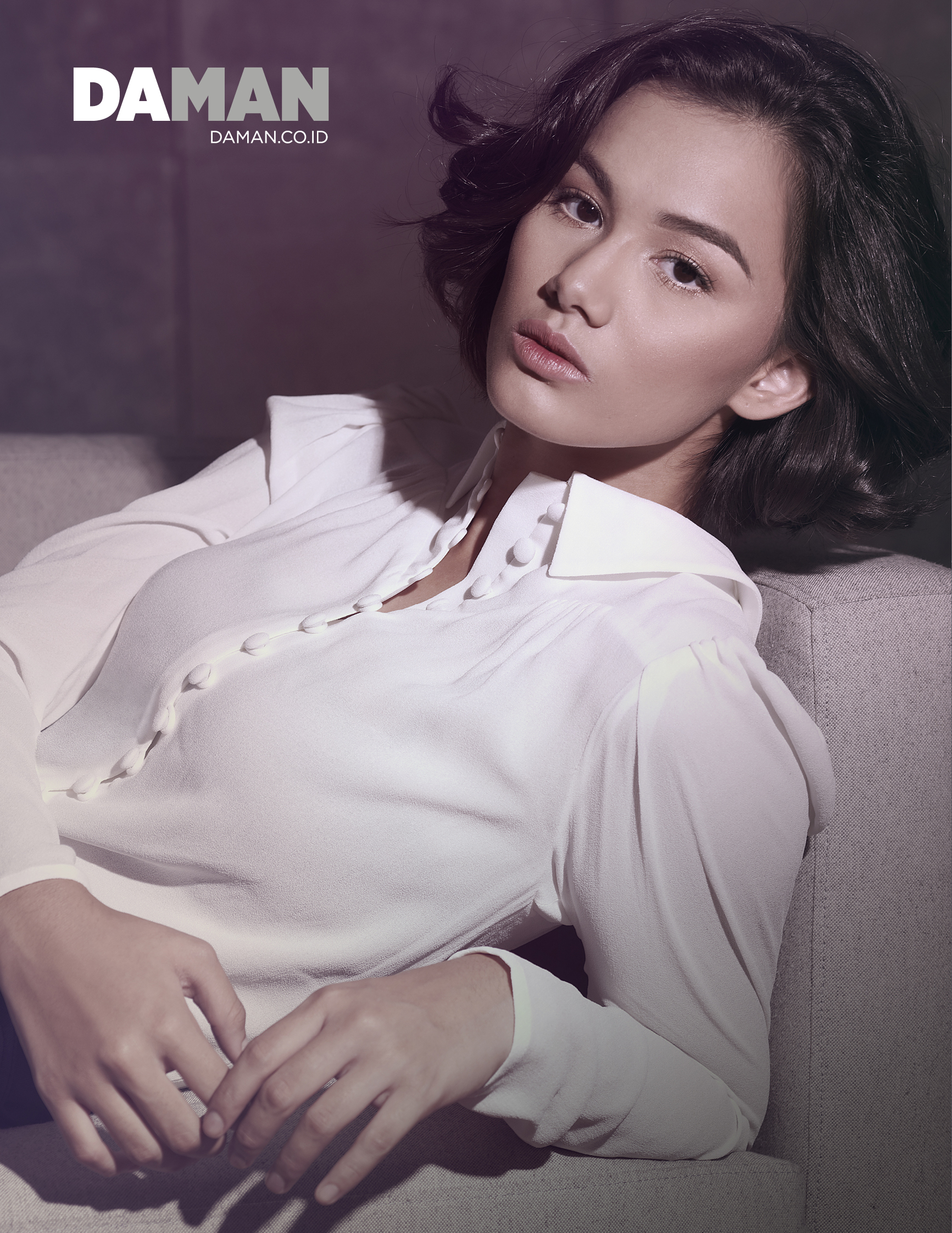 As the title suggests, “Blusukan Jakarta” deals with the realities of life in the city’s notorious slums. And it was filmed in an actual slum, which, naturally, presented its own set of challenging conditions. “It’s basically a fishing village,” De Marelle recalls. “The ground is littered with shells, while our sandals were too thin, and we had to do a lot of running.” More importantly, however, was how she managed to tackle a fairly demanding role as the voice of reason in a community that’s resigned itself to a fate of poverty. It takes quite a bit of talent and skill to pull off a “determinator” character like this in a way that’s believable … and by the looks of it, she did just that. 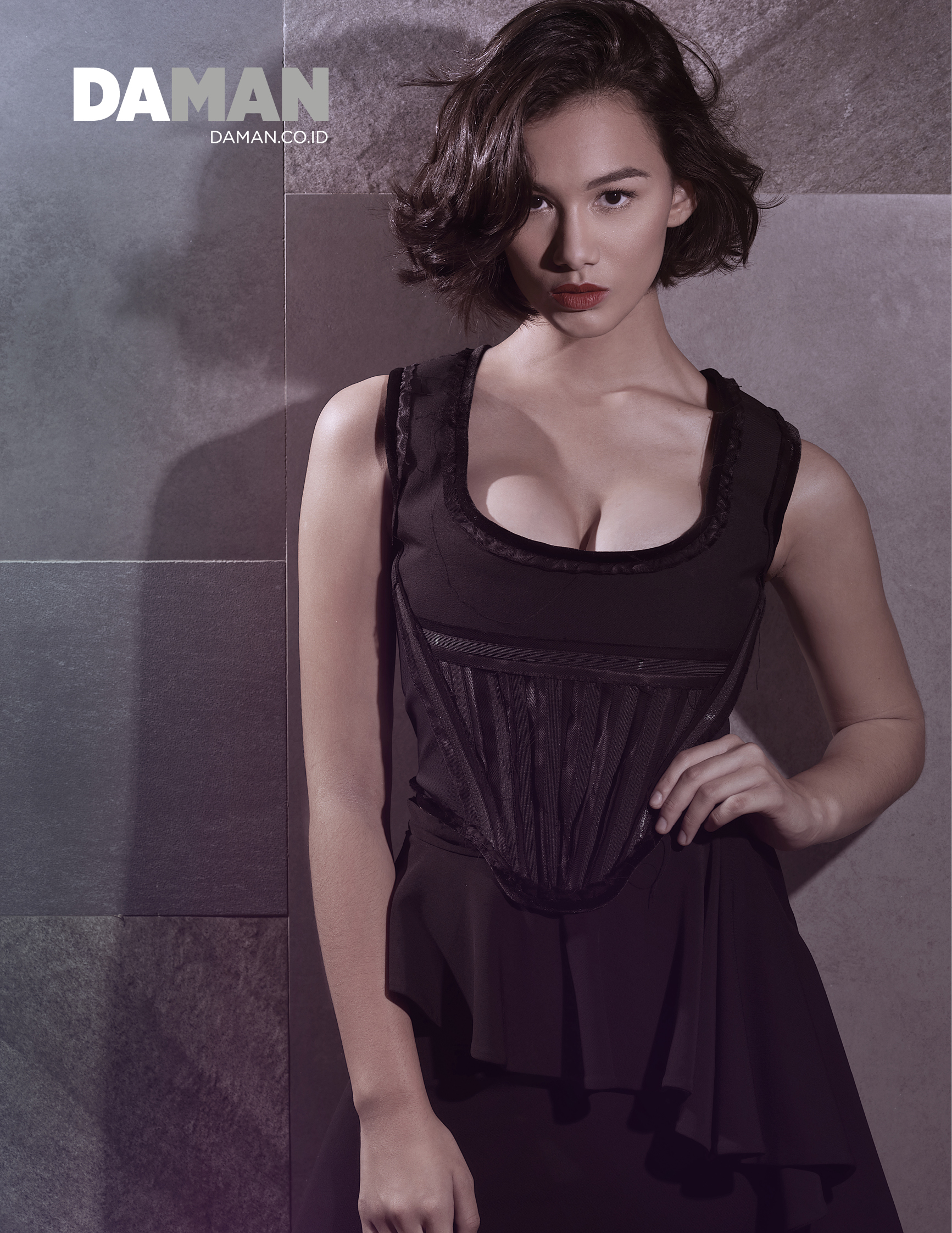 Still, while she takes on teen action-romance flicks and social commentary-heavy works with equal gusto, her heart lies in drama. Quite fittingly, her biggest hit so far was in “LDR,” which debuted earlier this year along with its sequel, “Where is My Romeo.” It was, as the young actress put it, her real breakout role. “People started to recognize me,” she discloses. “And even people you don’t expect to know you, know you.”

When asked how she deals with the pressure that comes with recognition, De Marelle simply answers, “Actually, I just roll with it.” That’s not to say that her career has been a cakewalk. “The pressure is real, since there’s a lot of competition. A lot!” she points out. “And there are these trends going on. For instance, mixed kids are ‘in’ right now, and suddenly all of the top actresses are of mixed heritage. That can be quite a handful as we’re all vying for the same character types.” But then she adds: “Basically, if you just roll with it and you just do good, you don’t have to worry about your looks or anything.”

“People started to recognize Me. And even people You don’t expect to know You, know You”

She also has her modeling experience to help with her acting although, interestingly, she found it to be a two-way street. “Even when you’re modeling, you’re acting, even if it’s only for several seconds,” she explains. “From modeling to film, you learn your angles; you know how to look good on camera. And from acting to modeling … when you’re acting, you’re always using a lot of feeling, right? If you can pour out that feeling into your photos, the result will be good.” 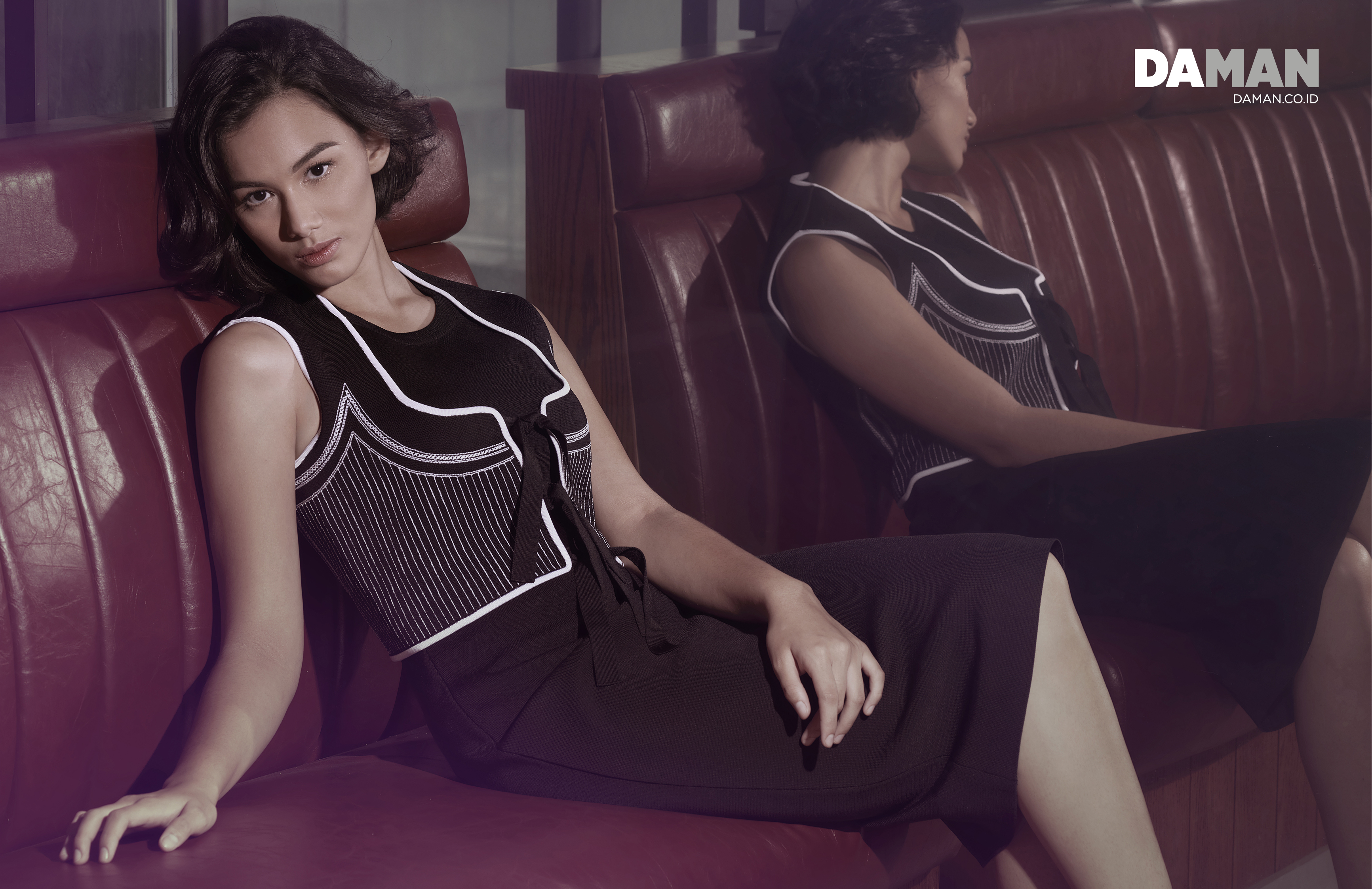 Dress by Givenchy by Riccardo Tisci

Besides, this is just the beginning of De Marelle’s career. Yes, she did hit the ground running and started off her career in remarkable fashion, but there’s plenty of time for her to worry about pressure and competition later on. Or to branch out to other fields. “Actually, I’m planning on studying filmmaking,” she says. Luckily—if you can call it that—she postponed going to college to focus on her career, which, in hindsight, might have been a fortuitous decision. “My plan is to apply to IKJ (the Jakarta Institute of Arts),” she elaborates. “And if I can take it further, I will be going back to Belgium, probably while studying there as well.”

For the moment, there’s nothing big in the works just yet for our newest DA MAN Darling, even though she’s still in the loop for the premiere of “Blusukan Jakarta,” and it doesn’t look like she’ll run out of interview and photo shoot requests anytime soon. So, what will Mentari De Marelle’s next big hit? More dramas? A psychological thriller (something that’s she’s hinted as one of her aspirations) perhaps? One thing’s for sure, though: No more action flicks. “I’m not that durable,” she giggles. 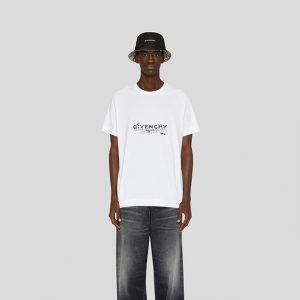