DA MAN Magazine - Make Your Own Style! > Celebrities > International > Actor Justin Chu Cary on the second Season of “Black Summer,” Acting and Being Behind The Camera

Back for more zombie apocalypse action, Justin Chu Cary is excited to show his fans the second season of hit series “Black Summer”

American actor Justin Chu Cary knows how being patient with yourself helps when things don’t work out as planned. And that due diligence is a proven formula. Although he’s entirely sure about being fully comfortable in front of the camera, he knows how to be prepared and confident with the material and when the cameras start rolling.

The second season of “Black Summer” is out now on Netflix and Chu Cary returns as Spears, the co-lead of the show. Not just that, he’s also involved in the new series “Blindspotting.” And coincidently, both of them are planned to be released within a week of each other so Chu Cary is pumped to show his two latest works to the world.

DAMAN: Hi Justin, great to have you with us. Now that we’re halfway through 2021, how’s the year been treating you so far?
Justin Chu Cary: The year has been good. At the top of the year, my wife and I found out that we’re having a second child. That was a wonderful way to start off the year, especially after coming out of the dark cloud that was 2020. I got to work on the new series “Blindspotting,” created by Daveed Diggs and Rafael Casal, who I grew up with in the Bay Area and are dear friends with. It was a pretty full circle moment being that we all moved out to L.A. around the same time and have been making things together for over a decade. And now, both “Blindspotting” and “Black Summer” season two are about to come out within a week of each other and I couldn’t be more excited! It’s been a pretty full year thus far.

DA: We learned that not only you’re an actor but that you also write and produce. How do you manage all that?
JCC: Yeah, I write with my brother, Nico Cary, and we just sold a series to a studio with some pretty heavy hitters attached as executive producer and showrunners. Som that’s definitely been keeping me pretty busy. All of the artists that came out of the Bay Area theater scene together kind of always wore multiple hats: performed, wrote and produced projects. And now I think we’ve just been extending that to film and television. So, I’ve learned to just time manage the best I can and set allotted time for each thing I’m working on. This doesn’t always work out as smoothly as it sounds, but you keep your head down, do the work, and try your best. Being patient with yourself helps, too.

DA: Tell us about your character in “Black Summer”—Julius James aka Spears. Without spoiling too many things, what’s waiting for him in the second season?
JCC: Spears has been such a wonderful character to play. He’s one of those characters where you just never know what he’s up to. Is he going to do something heroic or something incredibly shady? It can always go either way with him. At the end of the day, he’s just a person trying to survive a zombie apocalypse. And no matter how tough you are, that ain’t going to be easy. One of the things I love about this show is that the writers/showrunners really go for the reality of the situation. And the reality of an actual zombie apocalypse is that it would be incredibly traumatic—and even that’s probably a bit of an understatement. So, in this season, some of Spears’ past begins to catch up with him, as well as the trauma of surviving for months in a zombie apocalypse. We really begin to play with people’s sanity. And in attempts not to give away anything, I’ll just say that Spears, particularly, goes on quite the journey.

DA: And what do you hope will fans of the show take away from the second season?
JCC: That’s a good question. I’m of two minds. On the one hand, this show is for the most part about a pandemic that got out of control. We haven’t really got to see how it happened, as the first season just thrusts you into the middle of it, but now from our own experience with COVID, I think we can imagine the types of things that could have contributed to this zombie virus spreading. So, I think it’s actually a good—albeit exaggerated—mirror to hold up and see what happens if we don’t come together and try to get a worldwide problem under control. Now, on the other hand, at the end of the day I just hope people are entertained. With everything going on in the world and coming out of a year like 2020, I hope people walk away from this show feeling like they got to escape for a bit. This show is very bingeable—a lot of people did the first season in one sitting—which tells me it’s the kind of story that you can get lost in. I hope they find the same sort of escapism with this season. 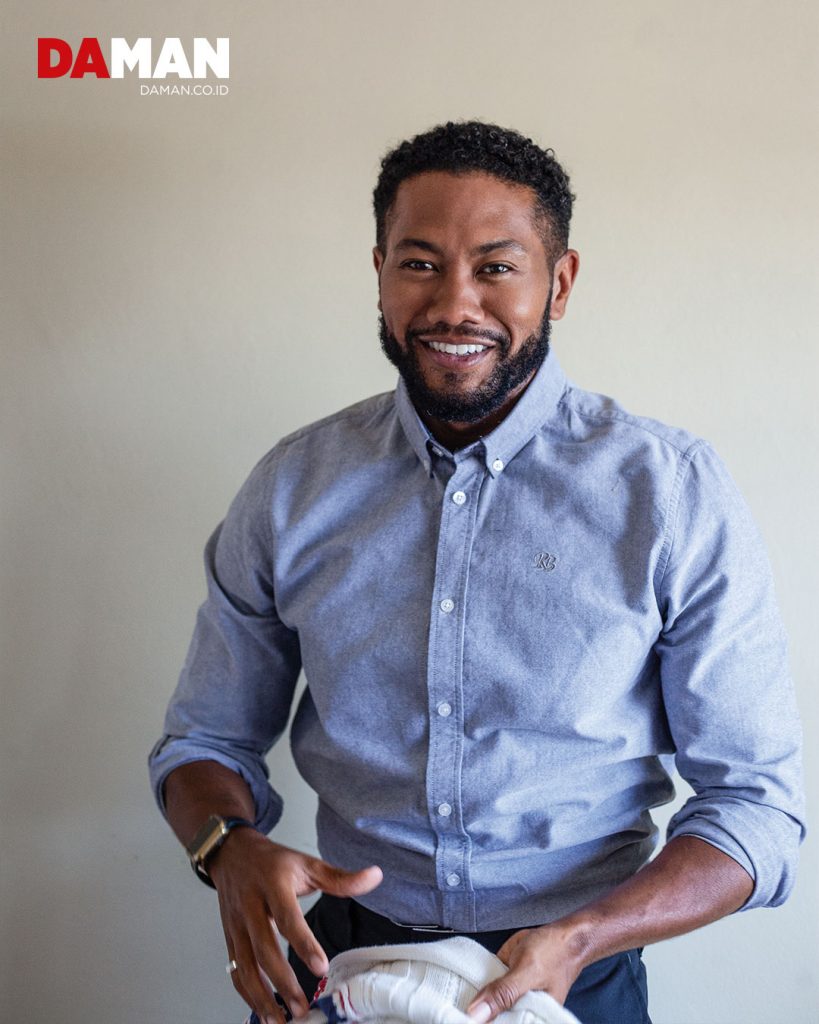 DA: Speaking of which, how did you prepare to step into the role of Spears? What kind of ideas did you incorporate into your depiction of the character?
JCC: This season I had a lot of time with the scripts, which was amazing. You always hear about actors preparing for a role for a year, but I have never had that opportunity. The first season I booked the role and was on set shooting within a few short weeks. But this time, I knew we had a second season coming for almost two years, so Spears was kind of roaming around in my mind, so to speak, during that time. I feel, like, even if it was just unconsciously, I really got to understand how he ticked. Then when I got the scripts for season two, I delved in and had a few months to dissect and journal. Then, COVID hit and we got shut down for another six months or so which gave me even more time to prepare. It’s hard to pinpoint what preparation means, but for me it’s knowing the script as well as you know your ABCs. Secondly, I do a lot of freethinking journaling—writing as the character. I’m always surprised by what comes out. The character kind of tells you who they are, as weird as that might sound. Lastly, it’s thinking about it and living with it every day. The more time you have to do that the more things you’ll discover and the more ideas you’ll come with.

DA: What would you say has been the most memorable experience from working on “Black Summer”?
JCC: The cold. We shot in the mountains of Calgary, Canada, during the winter.  The same place they shot “The Revenant.” It can get down to -30 degrees there. We never actually shot in -30, but I think the coldest day on set was -8 degrees. And I’m a Cali dude, born and raised. So that kind of weather is very foreign to me. Shooting in that kind of cold is definitely a memorable experience.

Also, I’d say shooting episode five will live with me forever. It’s an episode that follows Spears the entire time. It’s just Spears and one other new character, named Braithwait, as they try to survive the great outdoors—and zombies, of course. Braithwait is played by Bechir Sylvain, an incredible actor, who also happens to be one of my closest friends in the world. We met over a decade ago in an acting class and became close immediately. So, it was a very full circle moment when he booked this role where it’s just me and him for an entire episode. It will be something I will never forget and cherish for the rest of my life.

DA: Looking back on your career, what was the first moment that you decided that you wanted to be in this industry?
JCC: Well, I didn’t discover acting until my junior year of college, at which point I fell in love with it, got into as many theater productions as possible and ended up minoring in theater. But when I graduated, I wasn’t fully convinced that I actually wanted to commit my life to acting. So, I moved back to Oakland and kind of tested the waters in the local Bay Area theater scene. Looking back on it, it was such a perfect experience for me. At that time my high school friends—Daveed, Rafael, Chinaka Hodge, my brother—were really beginning to emerge as these amazing writers and performers which definitely influenced me. And after a couple of years of being there and falling further in love with the craft, I decided I wanted to really go for it, which is when I moved to Los Angeles. That was over a decade ago. Time flies.

DA: What makes you comfortable being in front of the camera?
JCC: I’m not sure if I’m ever fully comfortable being in front of the camera. It’s a very unnatural thing; at least it is for me. But if there’s anything that helps, it’s to be prepared. If you’ve done all the work you know you need to do and you’re as confident as you can be with the material, then it’s a lot easier to do your thing with the cameras rolling.

DA: Tell us about “Blindspotting” and your role in the series…
JCC: As I mentioned before, Daveed and Rafael have been creating amazing theater incorporating hip-hop and dance for years now. “Blindspotting” is really an extension of something they’ve been doing for years. I’m so excited for people to see this show because it’s really unlike anything I’ve ever seen on television. It feels like we should have seen something like this by now, but we haven’t. It’s a beautiful continuation of the movie, but this time following a young woman—Jasmine Cephas Jones—as she tries to raise her son in Oakland. Another thing that I’m really excited about is that Oakland is finally showcased the way I remember it. I feel like it’s this magical place that most people don’t really know about.

My character pops up a couple of times throughout the season. I have a hilarious scene with the brilliant Anthony Ramos. They let us improvise a lot, so me and him just riffed and it was a blast.

DA: Moving forward, do you think you’ll take on more behind-the-camera roles?
JCC: I definitely think so. I love writing with my brother; it’s a real bonding moment for the two of us. And we work really well together; we balance each other creatively. I would also love to direct at some point. I’ve been a visual artist my whole life—from painting and drawing, to graphic design, to photography—and of course I’ve been writing and acting. So, I think directing would really allow me to combine all these different skill sets I’ve been working on for a long time. I’m sure there’s a director out there who’s like: “there’s a lot more to it than that!?” Either way, it’s definitely something I will do.

DA: What’s your plan for the rest of the year?
JCC: Get me and my brother’s show made and have a baby! And hopefully, relax a bit too. 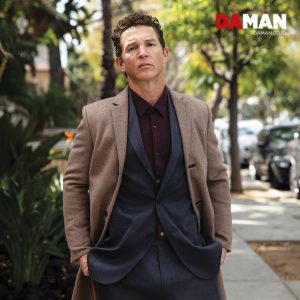 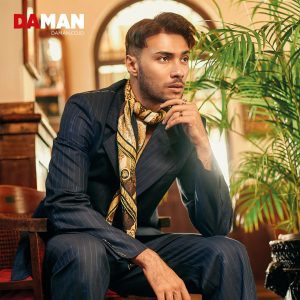