In our third encounter with Chad White, the pro model eloquently shares new insight into his professional journey, the joys of fatherhood and his life story

Chad White first appeared in DA MAN back in late 2010 for a sleek, urban photo shoot. Then, in 2014, we had the chance to chat with him at length and learned about how he was well on his way to becoming a pro baseball player before an injury led him to his current profession, how he got his first big break, etc.

Fast forward to 2022, and White has become an even more intriguing character. He’s a professional model with a remarkably long career, he’s now a loving father and he comes off as a much more thoughtful—not to mention eloquent—individual. Here are some snippets of our third chat with Chad White…

DAMAN: Hi, Chad. Awesome to have you with us again. How are you?
Chad White: The shoot location is on this beautiful farm and we are riding horses today. How could I not be feeling great? There’s a lot happening in the world and days like today remind me of how blessed I am. I cannot express enough gratitude for the life I have. At the same time, my heart and prayers are with all those who aren’t as fortunate—those who have been and continue to be disproportionately affected by the pandemic, and those fighting for their freedom whether in Ukraine, the Middle East, Ethiopia, here in my own country or elsewhere.

DAMAN: We first had the opportunity to work with you all the way back in 2010, as well as in late 2014. Can you tell us a bit about what you’ve been up to since then? Or to put it in other words: How would you sum up your professional and personal journey of the last eight years or so?
Chad White: I don’t even know where to begin. Most importantly, I became a father to a son. Work has been amazing. Going back to gratitude, I’m so lucky to have had this long of a career. The last eight years have been this giant transition into a man. With that comes a lot of learning, a lot of wisdom, a lot of inner peace, a much deeper awareness of who I am and who I want to be. My priorities are much different now. Fatherhood and the pandemic really helped put things into perspective. Fashion has conditioned us to work, work, work, work. I value hard work, but there really is more to life. I think everyone is yearning to find that balance now. Also, I have to say, training isn’t as easy as it used to be. These days I have to diet a bit harder to make up for my sweet tooth.

DAMAN: Looking at your career in its entirety, you’ve worked with many major fashion brands and major publications. What are some of the most memorable runway shows or photoshoots you’ve done so far…
Chad White: This is always so difficult to answer because I’ve been lucky enough to have a lot of incredible experiences over the course of my career. Right now, I’m remembering the time Steven Klein chose me for the L’uomo Vogue cover and story. We spent three days shooting a 60+ page editorial with so many influential and famous faces.

Still, to this day, I cannot believe I got to be the model for that job. 2006 really changed my life. Bruce shot me numerous times; I was working with Steven Klein a lot. I did my first European shows walking for Dolce and DSquared2, which also happened to be my first time traveling abroad. The momentum of all of these amazing things happening around the same time is really what propelled me to a different level and laid the foundation for what has turned into an 18-year career. That’s what opened the door to all of the amazing photographers, stylists and brands I’ve had the privilege to work with since then.

I was constantly working with this elite group of creative geniuses, traveling the world, experiencing new cultures, meeting new people, making new friends. It was absolutely magical. One time in Milano, I remember walking out the wrong way. I had already messed up so I just rolled with it and ended up almost bumping into the incoming models. The memories I have of that time are absolutely priceless. And I have to shout out to my agents Jason Kanner and Kelly Streit for making it all happen.

DAMAN: What are some of the biggest career lessons that you’ve picked up throughout your journey as a professional model?
Chad White: It would have been nice to have a sit-down talk with who I am today back when I started. As a model, you are literally a business and running a business is challenging. You really need to master the art of marketing and promotion and be financially savvy. Your agencies do a lot of the work and I’m so lucky to have Mode and Soul and all my other agencies around the world that have been so instrumental in me having the career I have, but there is a lot of responsibility that the model has, especially if you want to be successful. In my earlier days, I’d have told myself to get more sleep and stop clubbing, and start saving money now! I’d tell myself to seize the moments more, embrace and cherish them.

DAMAN: On a more general note, what would you say does it take for a professional male model to make it in the industry these days?
Chad White: Embrace change. Fashion changes, so should you. Not who you are, but your style. Your hair, your body, your clothing style. For me, I would change my body with the seasons. One year I might be super fit, the next I might lean out. One minute, I might rock the shaved head and the next I’ll grow my hair out. Most people don’t know this, but I even went blond at one point. Changing keeps the reader interested and keeps clients inspired. Also, remain humble and give everyone the same respect.

DAMAN: What would be your, say, top three tips for aspiring young models looking to make a name for themselves?
Chad White: Work hard. The cold, hard truth is you’re replaceable. There are 1,000 guys right behind you hoping for the opportunity you have. Your look might be what gets you through the door, but there has to be something outside of the way you look that sets you apart.

Appreciate everyone. Thank everyone: The agents, photographers, stylists, make-up artists, hair stylists, producers, assistants etc. A lot of effort and hard work goes into these shoots and oftentimes it takes a village. Don’t take that village for granted.

Lastly, don’t take job losses personally. Let the losses help you grow and learn. Don’t let them defeat you. I’ve lost fragrances, huge campaigns, huge runway shows last second … and I used to be absolutely devastated. I would blame myself and then go to the gym and work twice as hard thinking that there was something wrong with me, when it just wasn’t meant to be. The biggest models in the world lose out on jobs. You’re not going to be right for every client and that’s okay. And sometimes the reason you didn’t get a particular job is so miniscule you’re practically splitting hairs. Roll with the punches, you’ll have a lot more of an enjoyable, fulfilling life in fashion.

DAMAN: If we’re not mistaken, you’ve moved to Florida from New York, right? Has this affected your work in any way? Especially considering that NY is one of the fashion capitals of the world…
Chad White: At the start of COVID, or a little before, I got a house in Florida. I didn’t want to raise my son in The Big Apple. I wanted him to have a bit of a calmer upbringing. It’s obviously not the center of fashion, but I’m lucky to be able to travel easily from where I am.

DAMAN: Not too long ago you even did a photoshoot with your son. Can you tell us a bit about how that shoot came to be?
Chad White: When my incredible agent Jason Kanner confirmed the shoot with photographer Matthew Brookes, I was ecstatic! The day before leaving for Venice, California, for the shoot, my son breaks his leg! We told the magazine, the photographer and the team to see if they wanted to cancel us because the doctor had to put a boot on his leg. They said it would be adorable to have him in a boot. Honestly, I’ve had so many shoots that meant a lot to me, but there was something magical about getting to work with my boy. We have photographs that we can cherish for the rest of this lifetime together. During the shoot I often forgot we were there for a job. It was so much fun.

DAMAN: How excited were you to share this experience with him? And more importantly, how did he like it?
Chad White: It was the first time in my life I forgot about the camera completely. All of my attention was on him, so he became the star. It was absolutely amazing. He’s intimidated by big sets though. We recently shot Macys together and the magnitude was scary for him which I could understand. It’s intimidating for adults as well. But he warmed up and started chasing me around the set with a super soaker squirt gun.

DAMAN: Do you have a dream project? What would be your perfect photoshoot if you could work with anyone, any brand, anywhere, anytime?
Chad White: Have you seen the movie “Rush?” I want to do a shoot like that: Around a racetrack, driving race cars, and living a bad boy lifestyle like James Hunt.

DAMAN: On that note, who are some of the people you’ve met and worked with in the industry that you really admire and look up to?
Chad White: There are too many to count. Every day I meet somebody that inspires me with their fashion talents or other talents. Tyson Beckford is the GOAT to me. Not just because his career has been so phenomenal, but because he’s so kind while having all his major successes.

DAMAN: And on a rather philosophical note, how would you define happiness for yourself? Do you feel that you’ve achieved it yet?
Chad White: Not many people know this about me, but I was once homeless. I was 15 years old when we lost our home, and I lost my parents to drugs and alcohol for a handful of years. Before that, all I wanted was money, cars, motorcycles, clothes, and materialistic things thinking that would bring me all the happiness I was searching for. When I lost everybody that meant something to me all at once, I no longer wanted things. All I wanted was them back. A few years into my modeling career they sobered up, and since that day, I’ve been truly grateful. As corny as it sounds, every day is a blessing. 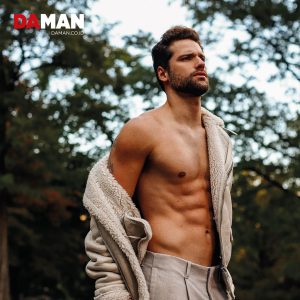 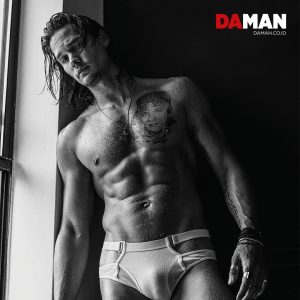 Update What A Man’s Worth: Exclusive Fash... 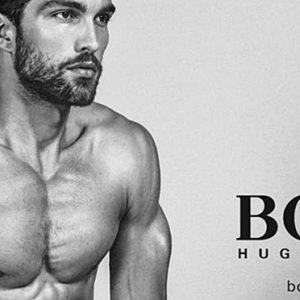 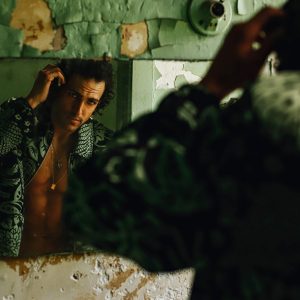 Update Supermodel Clint Mauro on Living out the... 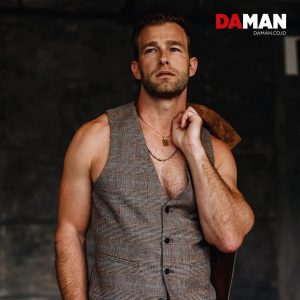 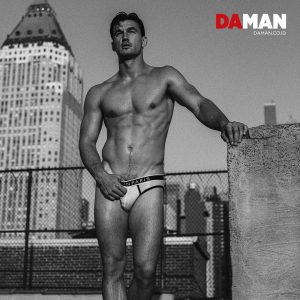 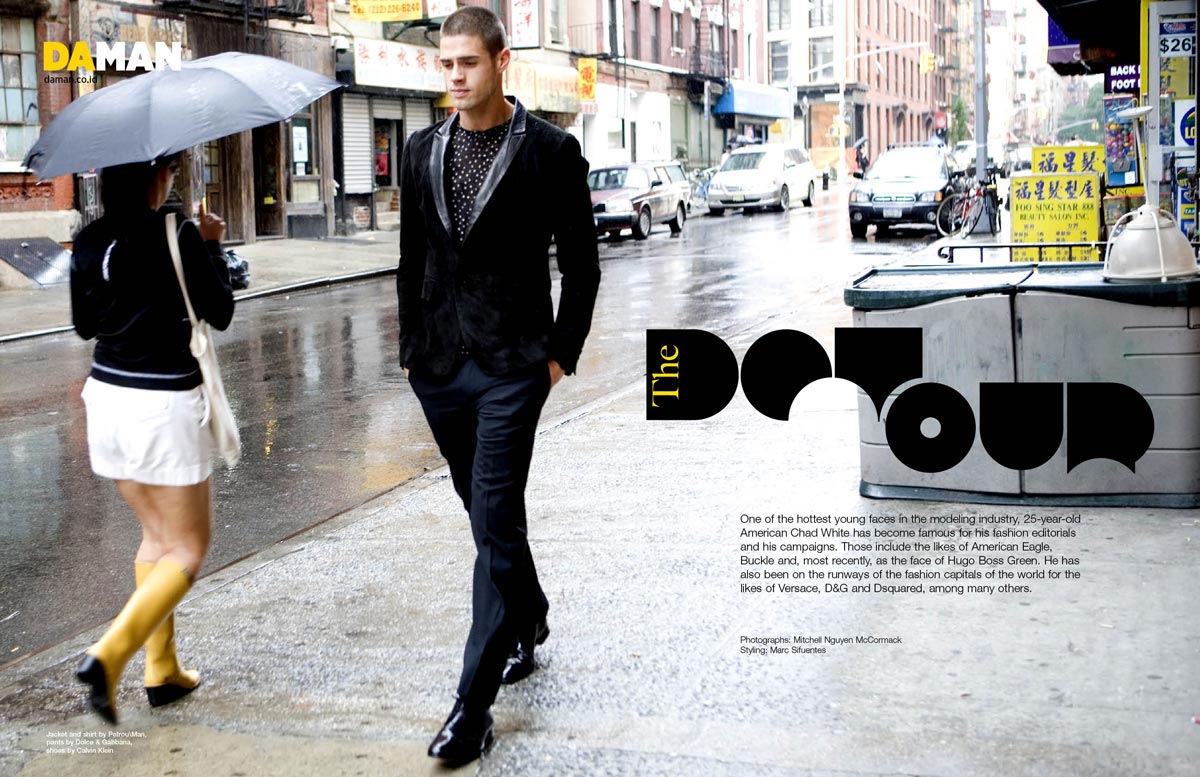 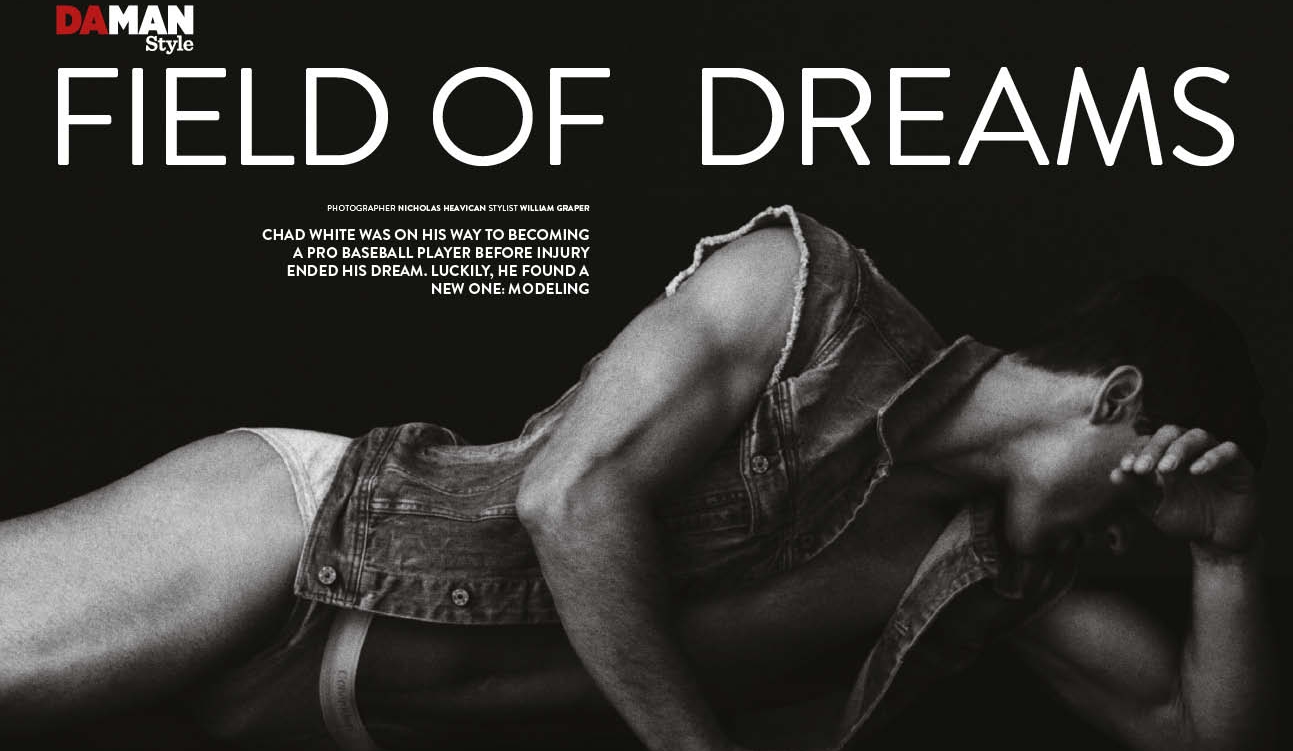