ART WRANGLER. As the ninth ArtJog Art Fair looms on the horizon, DA MAN chats with the man behind it all—the one and only Heri Pemad Yogyakarta has always been one of Indonesia’s most important hubs of art and artists, and it has never seen a shortage of art fairs or festivals. So, what can one more fair contribute to the city’s arts scene? Plenty, it would seem. ArtJog, which this year will have its ninth showing, has a reputation as an “artist’s art fair.” Even more intriguing than the fair itself, however, is the man behind it. Heri Pemad built up his presence in the art world first as a runner delivering invitations to artists and collectors; now he is a respected “talent guide.”

Before this year’s ArtJog, which will run from May 27 through June 27, DA MAN managed to slip in a one-on-one interview with the man himself.

DA MAN: What is the theme of this year’s ArtJog?
Heri Pemad: Universal Influence. Maybe the number nine is a bit mystical. So, this, being the ninth ArtJog, I want to mark it as an important moment where the number nine is celebrated. And the system we used is by invitation. For this number nine we don’t use an open application system anymore, but we only invite the best from those who so far have participated in our events.

DA MAN: Previous ArtJogs had a commercial aspect to it. How about this year?
Heri Pemad: In principle, we can’t do an event halfheartedly. We can’t have only discourse or only appreciation, so it has to be fifty-fifty between discourse and market. We are always selling even if the theme displays art that are far from commercial.

DA MAN: Looking back, has your motivations for running ArtJog changed?
Heri Pemad: It’s still the same today. ArtJog is an artists’ art fair, not galleries. When you look at ArtStage, ArtBasel, and so on, they all sell white boxes. Then they invite galleries, and the galleries sell the works of the artist. I don’t. I go directly to the artists. 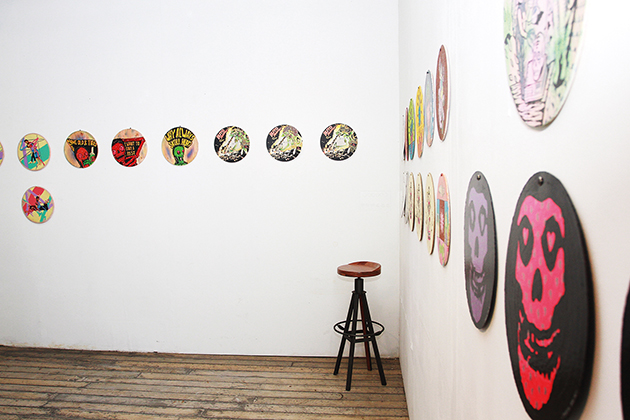 A display curated by Heri Pemad

DA MAN: After nine years , how has ArtJog evolved?
Heri Pemad: It goes with the interests of all artists. There are no good events in Indonesia. Only the Bienalle, and then what? Galleries, and then what? Collector birthdays, bank birthdays. We don’t have good events, as in those that really side with artistic interests. Since 2006, I stopped painting, and decided that I wanted to create art in a different way. Being an artist doesn’t mean that you have to be a sculptor, photographer, painter, but by creating an event with a complete idea.

DA MAN: What’s in the future for you and ArtJog?
Heri Pemad: I will keep fighting for the “artists’ art fair” concept, as a place where artists can be completely free to express their thoughts without limitations that shackle creativity. I believe that ArtJog, for an artist, has become a place to go crazy. 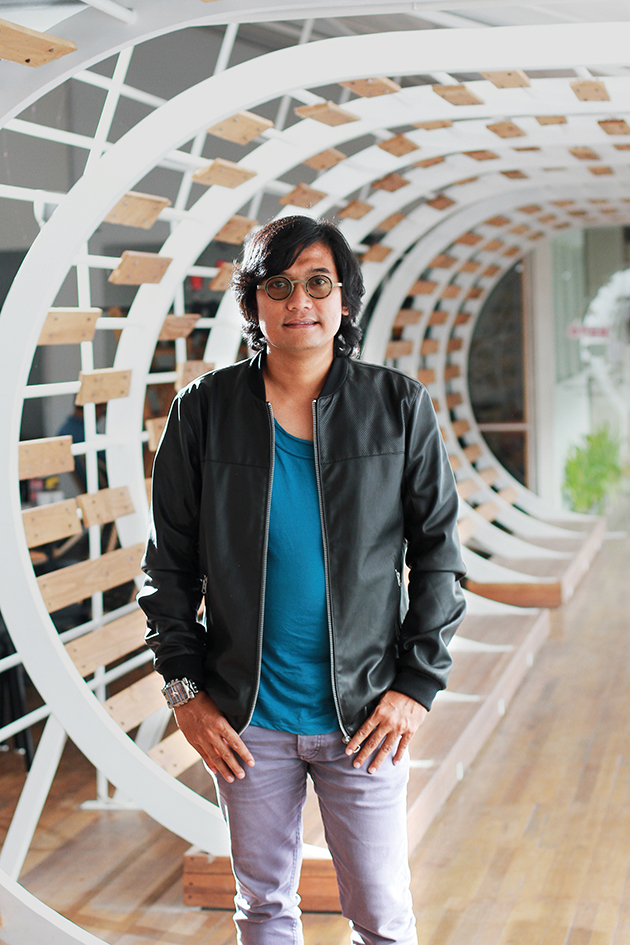 DA MAN: Do you still have other goals outside of ArtJog?
Heri Pemad: We have to create something massive, a building, and it’s going to be a museum.

DA MAN: In Yogya?
Heri Pemad: Yes, in Yogya. It doesn’t have to be in the city. Maybe in the mountains, maybe in the rice fields. And I’m not sure I can do that on my own; it has to involve someone with money. Who has the money? The state. I have to make them realize how important this is. We don’t have a museum, which is humiliating. And a museum doesn’t have to be sacred, with the same old works. It has to live by being a living experience.