We talk to Olly Sholotan— actor, singer, music producer and star of “Bel-Air” about the fresh take on a ’90s pop-culture icon

Back in March 2019, a short fan film titled “Bel-Air” was released on YouTube. The three-and-a-half-minute clip acted as a mock trailer for a darker, more dramatic version of “The Fresh Prince of Bel-Air”— arguably one of the most enduring pop-culture icons of the ’90s. Among those praising the film’s concept was none other than Will Smith, star of the original series. Fast forward to 2020, and an actual series with the same name was announced with Smith acting as executive producer.

Now, as the first season of “Bel- Air” comes to a close and we await season two, DA MAN had the opportunity to chat with Olly Sholotan who plays as Carlton Banks, who in turn had arguably the most interesting character development in both the old and new series. Sholotan himself is quite the artist: He acts, he sings, he produces. And, naturally, he has quite the story to tell about his journey.

DAMAN: Hi Olly, pleasure to have you with us. What’s keeping you busy these days?
Olly Sholotan: Great to be here! These days since we wrapped on production on “Bel Air” a few weeks ago I’ve just been locked in my home studio working on new music! I feel like I’m in this really cool creative renaissance and ideas have been flowing so very freely and I’m so hungry to just keep making things. It helps that I’m sort of a one-stop shop, so depending on the day, I’m producing all morning, recording all afternoon and then writing all night. Between that and press for the show, it’s safe to say I haven’t seen too much sunlight. [Laughs]

DA: There’s a lot of buzz right now. The re-imagination of the popular 1990s sitcom “The Fresh Prince of Bell-Air.” Can you tell us what audiences can expect from this remake?
OS: I really like to say it’s more a reimagining than a remake. It’s such a different show than the original while still having that very strong sense of nostalgia. “Bel Air” is a gritty retelling of the classic age- old sitcom. We really take the social concepts prevalent throughout the original and we peel back the layers on all of them and really sit in their complexity. The characters, all while having the same core identities as the original, are really seen under a new, modern light that I feel like this generation is really going to connect to.

DA: You received a lot of feedback on social media for the way you portray fan-favorite Carlton Banks. In what ways is your Carlton different from the original? And can you also tell us a bit about your process in reinventing or reimagining the character?
OS: There definitely has been a very strong reaction to the changes in Carlton’s character! The main thing ism he isn’t really that same Tom Jones loving happy-go-lucky goofy best friend. He and Will don’t get along off the bat and, in fact, definitely butt heads in a very explosive way. He deals with anxiety and substance abuse and his journey with his own mental health is a very big part of what his story is about. My main focus when reinventing that character was really about looking at what would a kid in those circumstances really look like in today’s social climate. The writers were really trusting with the cast so the whole thing was very collaborative. And at the end, I think I found a character that’s honestly quite beautiful and complex and has room to grow. It’s been very entertaining to watch but even more satisfying to see audiences really go on the journey with him and understand his struggle.

DA: Were there any particularly memorable moments during the making of “Bel-Air” that you can share with us?
OS: The thing about this process is that I literally can’t point to one single moment. The whole thing has been this beautiful, incredible roller coaster that I’m honestly still sorting through in my brain. I will say one of my favorite memories was the first day the family actually met on set. The scene we were shooting was that campaign fundraiser in episode one, and from the moment we all met we just instantly clicked and we were dancing and singing between takes. If you had come into work that day, you would assume we’ve all known each other for quite some time. I think that’s the incredible thing about magic, it’s really hard to explain but once it’s there you know it and feel it.

DA: You also made an appearance in “Run Hide Fight,” which made it to the 2020 Venice International Film Festival selection. What was the experience like for you?
OS: Whew, the Venice International Film festival was also another incredibly wild experience. I went with that movie in 2020 during the height of the pandemic during that period of time when it looked like things were getting better and we opened back up, so it was just a huge load of emotions. Also, Italy is beautiful so I have no complaints about that experience.

DAL You completed your education at the UCLA School of Theater, Film, and Television. What is the best lesson or advice you’ve ever received when it comes to acting?
OS: That acting is simply truth under imaginary circumstances. So, in order to find truth, you really have to do a lot of trusting yourself. In a way it’s paradoxical because you have to do all the table work, all the research, all the emotional prep, but then when it’s time to perform you sort of have to “forget” it all and just be in that truth. So, all of this to say I’m actually a terrible liar; my friends make fun of me for it all the time.

DA: As you mentioned earlier, besides acting, you also create and produce your own music. How do you manage your time and energy in order to juggle all of these interests of yours?
OS: To be very honest with you have I no idea. I think I’m just so fortunate in that I’ve found this thing that I am absolutely in love with and so that love is what pushes me through. It absolutely gets tiring and tough, but when you’re leading with love, I think it can almost feel like you have endless energy. That and Google Calendar. Shout out to G Cal!

DA: Do you have any exciting projects in the future that you can share with us?
OS: Ah, I got to say nothing … yet. Or at least that I can talk about yet, if you know what I mean…

DA: As an actor, do you have any particular goals or milestones you want to achieve in the near future?
OS: You know, I think a younger version of myself would have been able to answer this in an instant and I very much know what that Olly would have said. But honestly, right now I’m trying very much to embrace the now and the present. I get to make a living doing the thing I love and it feels beautiful. And on top of that it’s an art that I’m proud of. What more could I want?

DA: Looking ahead, in what ways do you see the world of acting and filmmaking change even further?
OS: I think entertainment is in this really incredible place that it’s more accessible than ever. There is more and more emphasis on representation and out of that, so many incredibly nuanced and beautiful stories are being made. I always say that the most important thing about our job is that people get the chance to feel seen in their entertainment, and every day I think that reality is becoming truer.

DA: Last but not least, what’s the smallest decision you have ever made that had the biggest impact on your life?
OS: This actually goes back to two questions ago. I’ve really been working lately to stay process- oriented over result-oriented. Because I’ve found that being result-oriented is so unsustainable and so susceptible to burnout! When your artistic journey feels only like different mountain peaks to the summit; the eventual climb back down the mountain once you’ve reached the top feels awful and unfulfilling. But if you enjoy the act of climbing? Then pushes you through even the tough times when things aren’t going your way. Because no career is perfect you know? There will be ups and there absolutely will be downs; you will not always measure up to your own expectations, but if you truly enjoy the process then you’ll keep sharpening your toolset and inevitably grow much faster and for much longer. 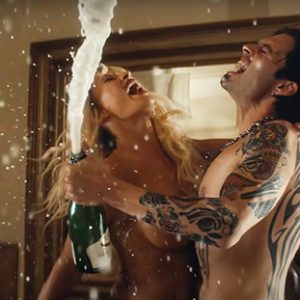