Only time will tell as how actor-cum-singer Jack Griffo will blossom through his adolescent years. As for now, the teen heartthrob shares his experience of filming a television series and growing up in front of the camera. 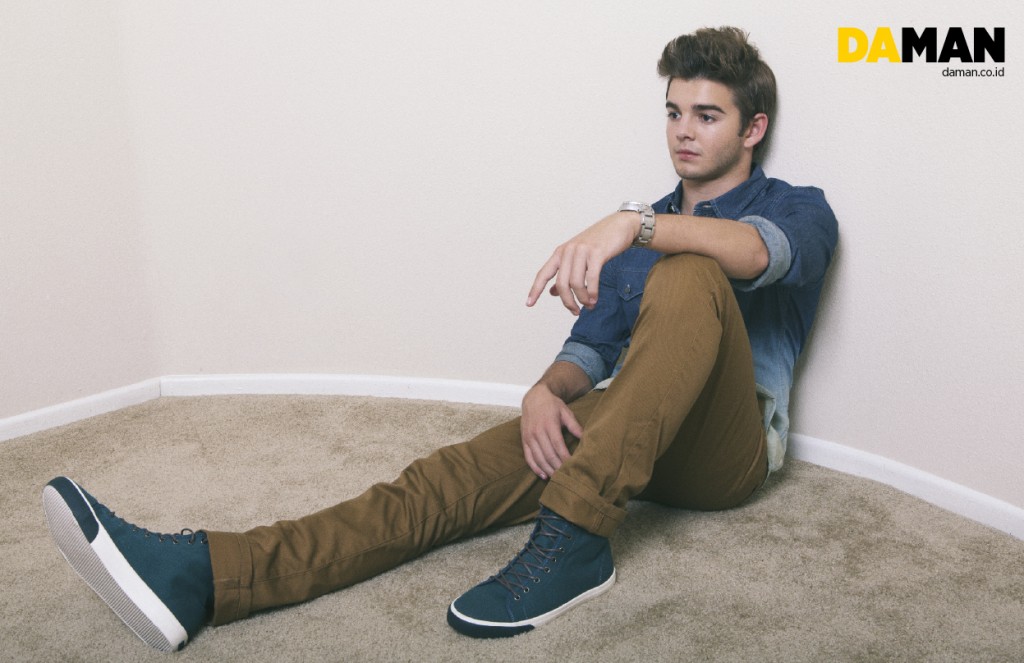 Shirt by Koto, pants by Obey, shoes by Generic Man/Surplus

Since an infant at two years old, Jack Griffo’s baby face has already made appearance in the showbiz. His innocent, all-American boy look stole the spotlight in several prints and TV series appearances long before the now 17-year-old nails a leading part in Nickelodeon live-action comedy series “The Thundermans.” Playing a superhero teenager living with his eclectic family, the dark-haired teen star gets cozy with his villain side. Off set, he embraces his other talent through his Youtube channel, where Griffo showcases his musical ability by singing and playing guitar. Although it is probably a little bit too early to claim that he is a charmer, this Sagittarian definitely has the heartthrob material that could lead him far in the industry.

DA MAN: Hi Jack, what are you currently working on?
Jack Griffo: Currently, I’m working on a Nickelodeon series called “The Thundermans.” It revolves around a family of superheroes—I play Max, who wants to be a super-villain. I’ve also recently finished a Nickelodeon movie called “Jinxed,” which is coming out this fall.

DA: Can you tell us how you landed the role in “The Thundermans” series?
JG: I auditioned just like everyone else. To my understanding, Nickelodeon had me in mind for the role because in the previous year I have just appeared in one of their pilots that was not picked up to series. Nevertheless, I went in to audition against a ton of other actors, and got the job.

DA: So the show is about twins who share superpowers, one is good and the other a troublemaker. Which side are you in real life?
JG: I feel like I’m a good mix of the two, but people who know me would probably say I tend to gravitate more to the troublemaking side! 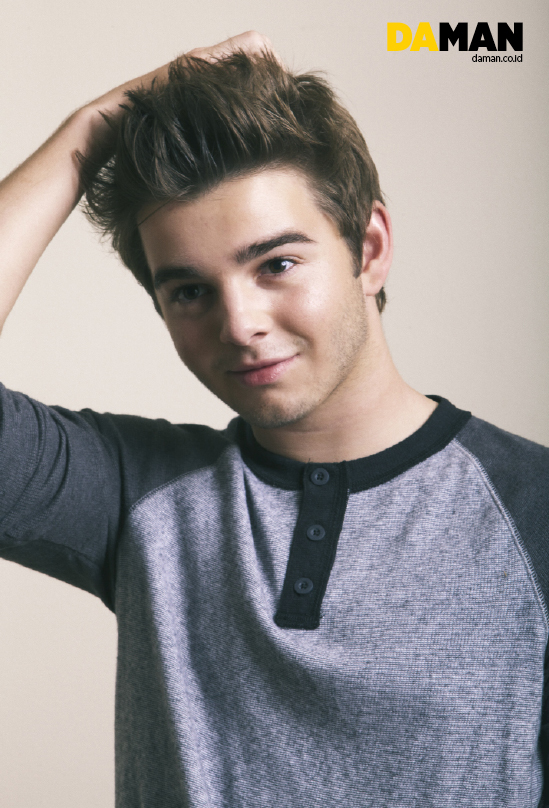 “It definitely gave me a heart for performing at a young age.”

DA: Any memorable experience during the series filming?
JG: We had a great day on set a couple of weeks ago when we found out season one was extended to 20 episodes. We were all very happy. This would actually be our last week, if we hadn’t gotten extended.

DA: That’s great to hear! Having started your career at the age of two and spending a part of your childhood on set, what impact does it have on you?
JG: It definitely gave me a heart for performing at a young age. My parents took me out of acting when it was time for elementary school. I stayed in school until seventh grade, but then decided I wanted to move to Los Angeles and try my hand at the “big leagues,” so to speak.

DA: Now if you see television stars like Zac Efron and Miley Cyrus kicking back with more “mature” projects once they grow up, have you projected what your path will look like when you are a bit older?
JG: I’d like to say I have a plan but, the truth is, I have no idea what will happen in the future. I have high expectations for myself, but I understand the nature of this business: What’s relevant today is obsolete tomorrow. But given the opportunity, yes, I would love to kick back with more “mature” projects once I’m no longer a kid. But right now, I’m just enjoying life and seeing where it takes me. 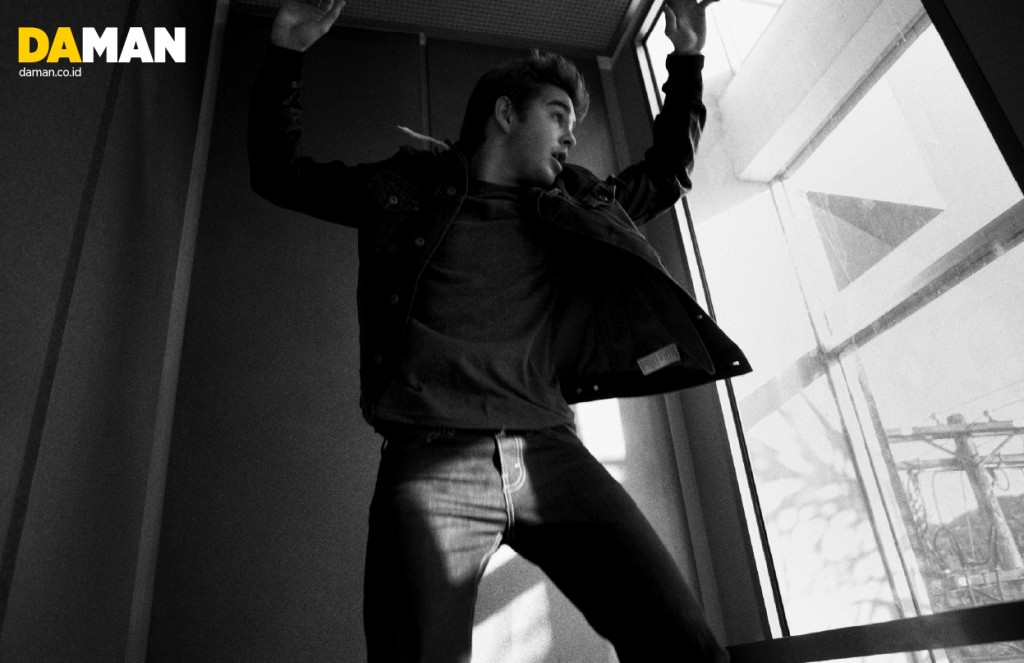 Shirt by BDG, jacket by Your Neighbors, pants by Levi’s

“I have high expectations for myself, but I understand the nature of this business: What’s relevant today is obsolete tomorrow.”

DA: And you have achieved quite a success with your Youtube channel.
JG: Music is definitely secondary to acting. However, I wouldn’t totally shut down plans for music sometime in the future.

DA: You’ve done a duet and acting with a handful of talented artists. Do you have a certain wish list of people you want to work with in the industry?
JG: I just want to surround myself with people who do really great work, whoever it may be. I love learning new things, and I try to absorb different aspects of the craft every time we have a new director on the show.

DA: If you could step into someone else’s shoes for the day, who would that be?
JG: I think it would be crazy to be Vince Gilligan for just one day. I probably wouldn’t know what to do with all the brilliant ideas in his head. He’s definitely one of my favorite writers of this generation. Shirt by BDG, pants by Levi’s, shoes by Generic Man/Surplus

“I just want to surround myself with people who do really great work, whoever it may be.”

DA: What is your guilty pleasure?
JG: Romantic comedies!

DA: What’s your typical weekend like?
JG: If I’m not doing anything work-related, I like to just give myself the most down time as possible—skating at the beach, chilling with friends, or just sleeping.

DA: Where do you see yourself in the next ten years?
JG: I really can’t imagine! I just hope I’m doing something in this industry. 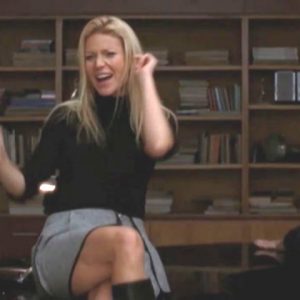 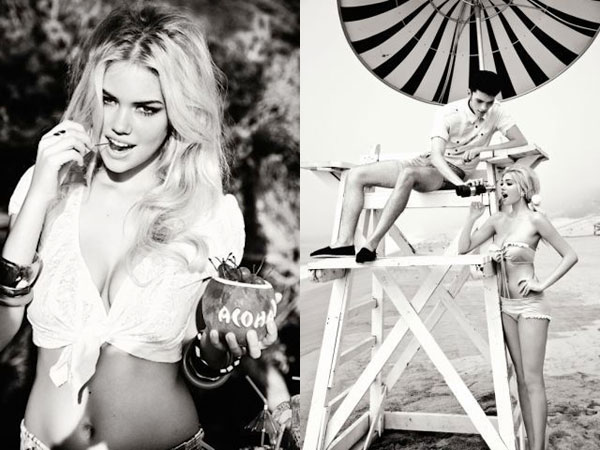 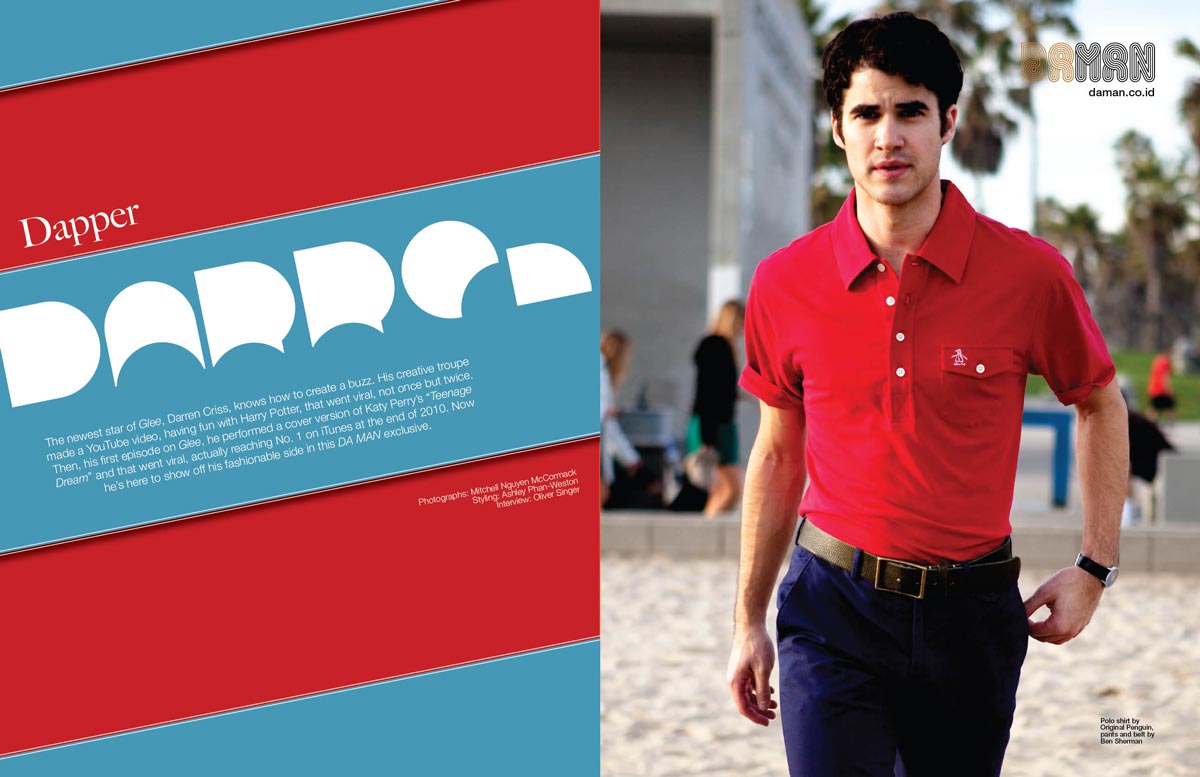 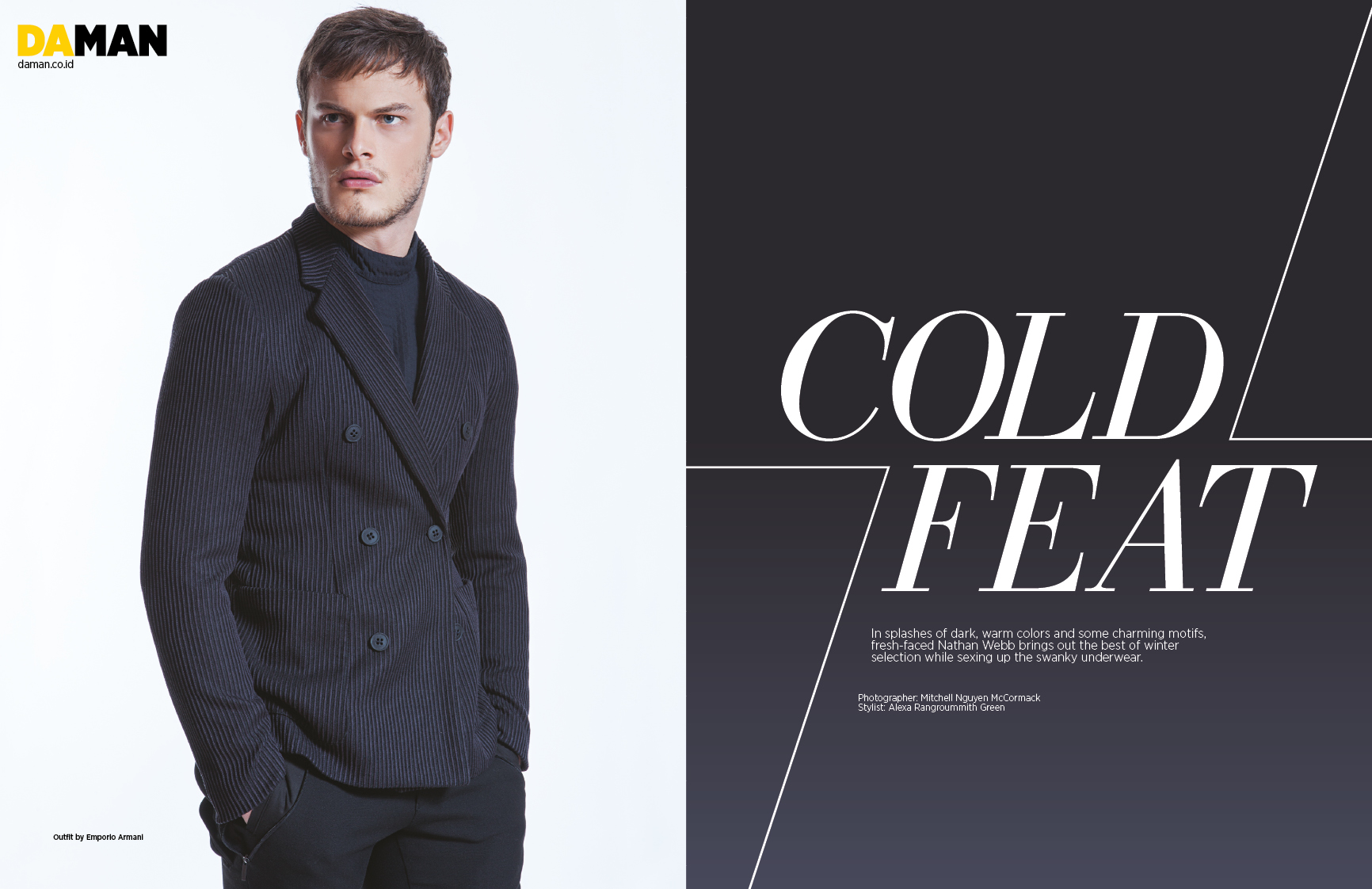 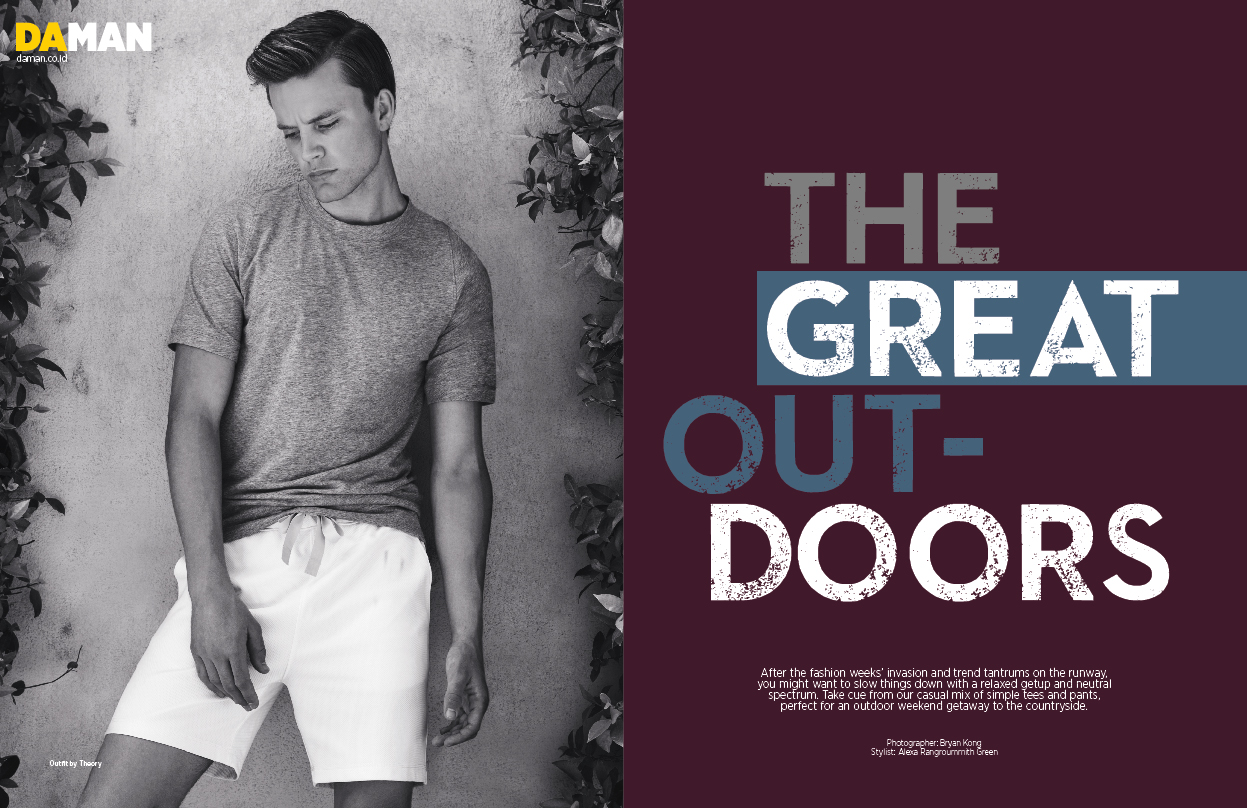 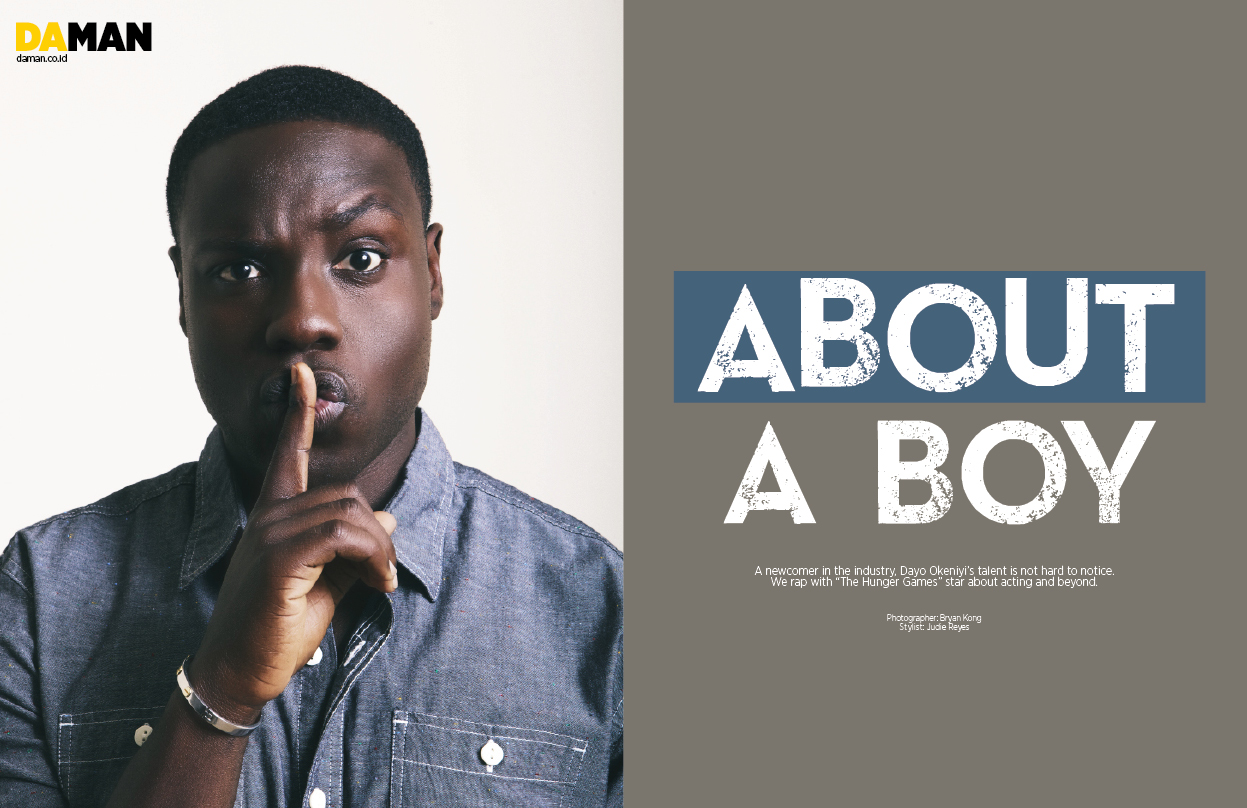 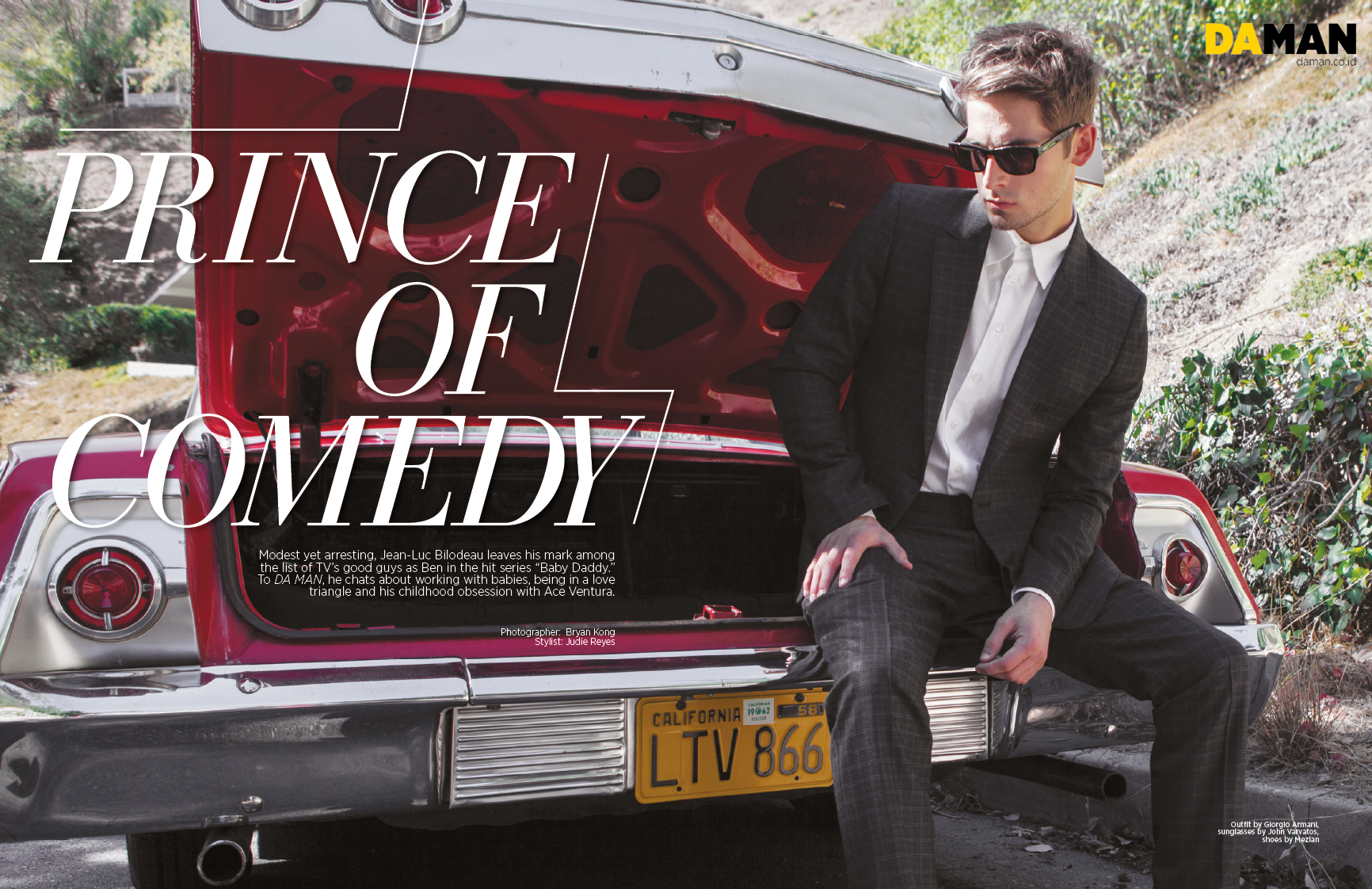