DARING DARA. With her oriental beauty gracing a number of national fashion publications, Dara Warganegara is on a roll. Little did people know that her start is far from it all. Gabriela Yosefina delves into the mind of the exotic model, revealing her aspiration in the fashion world and where she heads next. 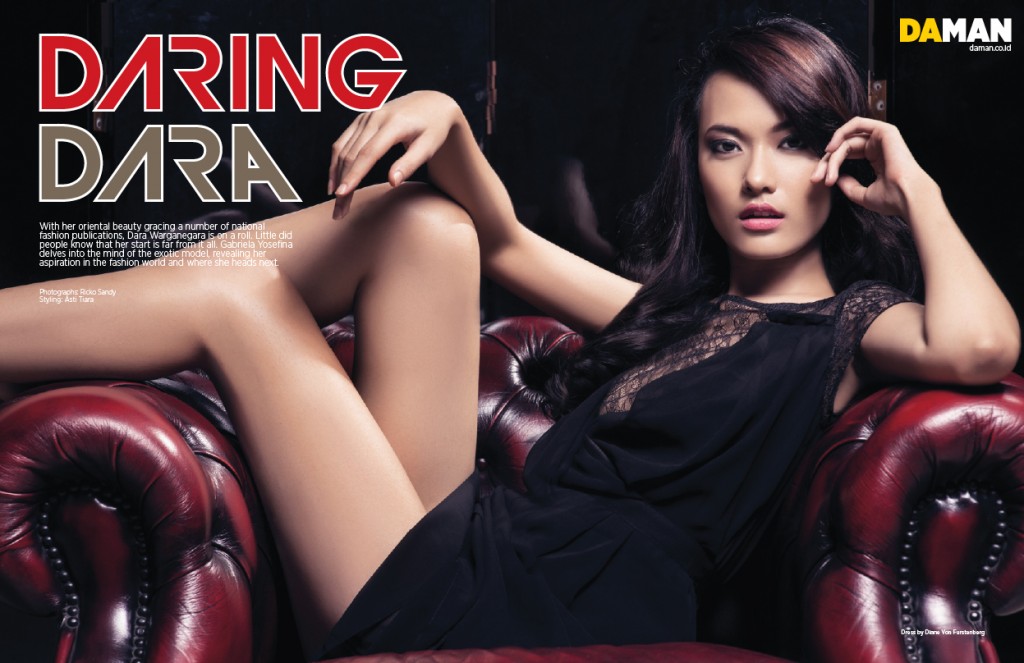 Hailing from Medan with Lampung descendance, Dara Warganegara pulls off not only an edgy Asian face but also a distinctive surname. “Warganegara” literally translates “nationality” in Indonesian. “It is actually a family name from my dad’s side. I used to get tired of it because a lot of my school friends made fun of that name. So in junior high I decided to drop it and used my middle name instead – Permatasari,” the svelte lady reminisces. “But when I arrived in Jakarta, my friend told me that Permatasari is very common. It’s not ‘selling’.”

Warganegara’s first break into modeling was purely accidental. During the early days of her residency in Jakarta, she went to a studio near her house to have her photo taken for a university admission. Serendipity brought the young girl to meet Glenn Prasetya, then a budding photographer from Surabaya. Prasetya, who is now a name to reckon in fashion photography, asked her to do a fun photo-shoot session for his personal portfolio. She nodded at the offer, and the rest is history. 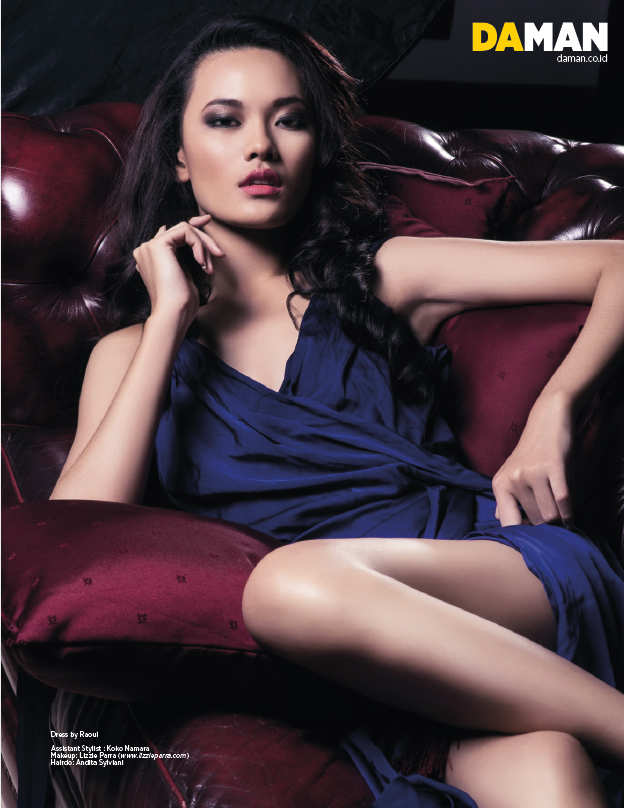 It’s pretty remarkable how fast Warganegara’s career took off even though fashion was arguably not her first love. She picked up posing 101 while tackling various photo-shoots, taking directions from photographers and stylists. She then rubbed elbows and got on a first-name basis with the who’s who from the fashion industry. She even nailed a cover for Marie Claire Hong Kong. “At first I did not know that the shoot was initially meant for cover. Later they informed me through my management that apparently they are going to put it on the cover. I was so thrilled!”

But being a cover girl doesn’t promise a smooth-sailing journey for the January 9-born model. Every now and then people dish out harsh comments about how she looks, that she doesn’t embody a model’s characteristics and flair. When she shows up at a photo-shoot location, she is sometimes mistaken as one of the makeup artists or stylist assistants. Warganegara humbly comments, “Frankly, I am not that stylish or pretty girl. I stay away from wearing makeup or lavish clothes since I have to commute using busway (Transjakarta) or ojek (motor taxi). For me, by the end of the day, what matters the most is how I look in front of the camera.”

And so camera does her justice. She excels in being a chameleon for both editorial and commercial shoots. “Once the photo is out, people wonder how I look without makeup, especially because I have been known as this ugly duckling who transforms completely when photographed,” her slanted eyes make a slight twinge. Warganegara takes a breather before giving her two cents on the whole issue. “People can say whatever they want about you all the time. For me, whenever they say all those mean things or blatant opinions, they actually care about me.” 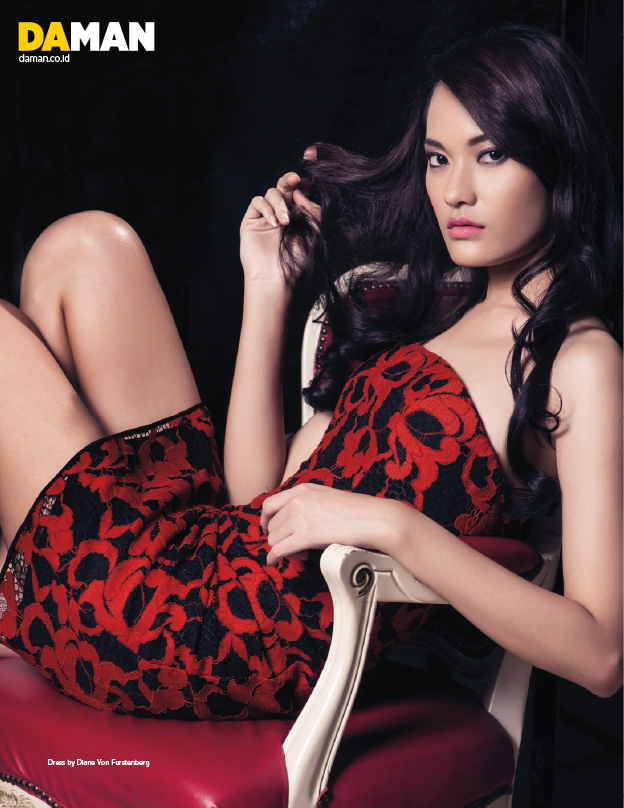 Despite the naysayers in the industry, Warganegara sees that the national modeling arena has much room to grow. For any budding models seeking a break into the business, she believes that confidence and positive attitude play a great role on determining the success. Venturing on an international platform is also possible, provided the adaptability to the environment and challenges. What about “Asia’s Next Top Model”? “It is a great platform for younger, talented girls,” she answers. “[But] I don’t think I will ever try getting into the show. I am too short.”

She instead eyes on Singapore and Guangzhou as her next destinations. “The seasons and demands for Asian models are really conducive right now, so here I am exploring more opportunities,” Warganegara says confidently. She has previously hopped on a trip to Vietnam, Hong Kong and Turkey to do fashion spreads with several different magazines, and is looking forward to more travels. Yet underneath the ambitious mind lies the innocent 25-year-old girl who timidly fesses up her flaws and worries. First is that runway isn’t her strongest suit. Second, “My wish is that I do not have to go nude to make it across Asia, or even Europe someday.” 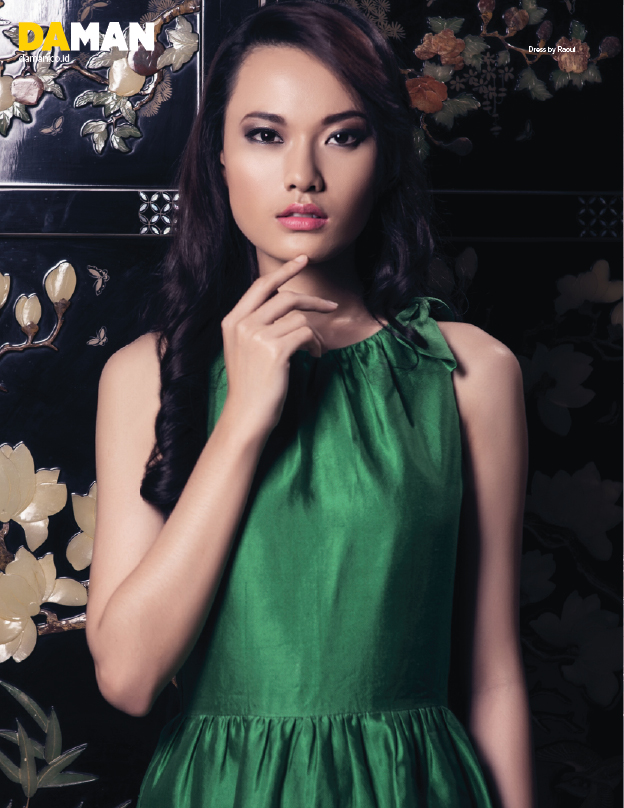 Luckily, her family got her back. The consistent support given to her career is of paragon importance. Although Warganegara initially kept her modeling career in the closet, her father did find out later when he opened magazine pages and was surprised to discover her photos. “Thankfully, he is proud of me. I was previously concerned that he would not approve my choice to model.”

On a different note, Warganegara reveals her personal, non-modeling goals: “I have to be realistic. I can’t model forever.” She plans to advance her Chinese language skill while taking in whatever chances the fashion industry has to offer. She even dreams of returning back to her homeland when her modeling reign ends – so she could land a job being a Chinese interpreter. “My major in university is Chinese Language, so I have to make sure it does not go to waste. I really want to pursue the language and learn the Chinese culture better.”

Asked on what she regularly does on her spare time, Warganegara seems like a total stranger to any other models of her age. Parties and clubbing are unexpectedly off her list. “I prefer staying at home and watching films. Animation is my favorite of all. ‘Despicable Me’ and ‘Cars’ are two on my must-watch!” For those longing to get up close and personal with her, the Medanese girl tells one final hint that sums up her personality best: “This might come as a surprise to many people – but in reality, I am really, really shy.” 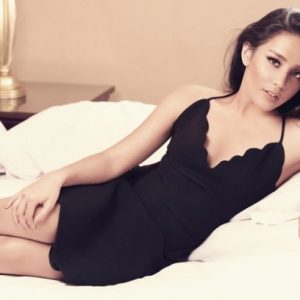 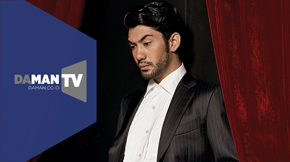 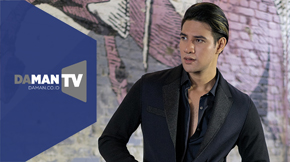 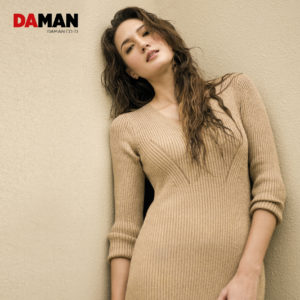 Update Nadine Chandrawinata and Her Passion for... 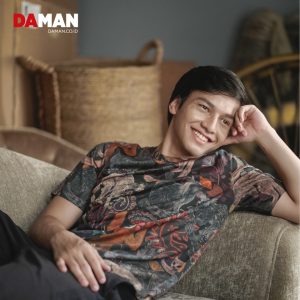 Update Jefri Nichol Shows He is More Than Just ... 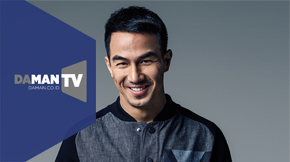 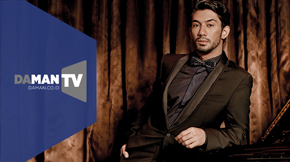 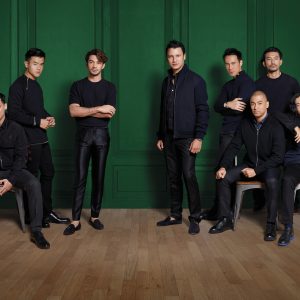