The Unicorn – Arguably one of the most prolific and successful Indonesian born fashion designers, Harry Halim set the standard for creating first class works. We talk with him about his recent venture into menswear.

Like many greatest names in the industry, Harry Halim’s story did not start conventionally nor it was predictable. A turn of events and interests in life during his college days in the mid 2000s eventually led him to shift his artistic prowess –which was previously filled with music, photography and graphic design- into fashion design. Fast forward to 13 years later, Halim have opened headquarters in Singapore and Paris (where he mostly resides to this date,) and established himself as a consistent and powerful household name. Known for his dark and sensual takes, Halim finally launched his first men’s collection, “Homme01” for this spring/summer 2019 season. A hardworker and highly organized Creative Director, we were lucky to be able to pick how his brilliant mind works.

DAMAN: Can you tell us what was the inspiration for Homme01 collection?
Harry Halim: As Harry Halim’s first menswear collection, I reflected to the elements that make the man that I am. I derived some from different personas, from the Parisian club kids who find comfort in bold materials such as prints, laces and leather, to the Asian mafia persona developed from the exaggeration and play on stereotypes of their own ethnic background. I believe that inspiration comes from inside of us. It depends how you would like to portray them into. Inspiration does not magically show up when I snap my fingers. For me, Inspiration is not a one and done. It is in constant flow, until it reaches a moment when they are connected to the sound, the smell, the movement – all that makes you fly high. Et voila!

DAMAN: More about Homme01, other than being your first menswear design, are there any new methods or pieces that you’ve attempted to execute for the first time in this collection?
Harry Halim: I think it was creating a new tailoring jacket without using traditional or classical way of construction. Instead I played on the darts placement and cutting that eventually formed to fit all kinds of a man’s body to look slim and fit.

DAMAN: Can you tell us more about the patterns –especially the animal prints?
Harry Halim: If you’ve noticed, the latex python has becoming our signature textile. In the beginning, it’s actually part of the womenswear resort collection – which then extended to our menswear. Latex and python effects reflect the rock and roll and glamorous side of both women and men.

DAMAN: We dig a lot of leather material here – an anomaly for spring/summer. What were the design thought for that?
Harry Halim: Actually, I wear leather in all kinds of seasons -it really doesn’t have to be cold season to wear the material. To me leather is an unseasonal and quite timeless item. Something that even my clients from around the world would love to invest in. For spring/summer you can wear them with a superfine tank top underneath or maybe nothing at all. If you think leather is anomaly, here’s another one: I believe that everyone “must” have at least one leather jacket in their closet.

DAMAN: Since this is your first men’s collection, we just need to know how does Harry Halim define men – in terms of as a design subject?
Harry Halim: It’s all about their inner charisma and attitude. My men’s collection might look very dandy, wild party animalistic, and expressing rock and roll vibes. Yet, they are truthful with golden heart. My menswear design will always live in their own universe, with the twist taken from the 70s, 80s and 90s era.

DAMAN: Do you have any particular favorite piece from this collection?
Harry Halim: Maybe because it’s my first, but I seriously don’t know the answer to that question. I love them all.

DAMAN: Looking back, is there any particular collection or piece that stands closer to your heart more than the rest?
Harry Halim: Well, this is tricky. Because every collection is very personal to me. But if I can choose one, probably it’s from spring/summer 2016. I call it, “I Love You But I’ve Chosen Darkness.” It was named after one of my favorite band of all time, and obviously the inspiration for the collection. Two of my personal favorites collides! I simply can’t help to feel more attached to it.

DAMAN: As someone who is very busy, what is a typical day and week for Harry Halim?
Harry Halim: It depends on which city I am waking up at. I usually start with a very busy morning by working closely with my atelier team, meeting clients and suppliers. A little advice, always end with nice dinner and wine. That is of course, before following up with the work updates from the other cities. With numerous private orders, my other priority would be to deal with that on a weekly basis. Also, I always have to make sure that there is a range of new styles done by every end of the week. Then it’s nice dinner and wine again.

DAMAN: How does your overall creative process work?
Harry Halim: I’m pretty habitual and disciplined, so it’s always the same process for every projects. Start from research, then textile manipulation, draping, redevelop them, sampling the individual results. Lastly is to put them together into one silhouette. The whole steps felt just like building a house!

DAMAN: Is becoming a designer something that you’ve always wanted to do? How did it started?
Harry Halim: Actually, not at all. When I was young, I was dreaming on doing between two things: having my own dark electro music band or to become an actor. I studied photography and graphic design back then, but I wanted more than that. So I consulted this urge of mine to my professor back in school. After he checked my portfolio, he noticed that there were so much glam and fashion related. His recommendations kind of lingered in my mind. And since I was hungry for more, I decided to give myself a try – I took fashion design course not long after that. Long story short, I learned and gained a deeper knowledge about fashion designing. That being said, if someone would ask me whether getting a proper education in fashion design is necessary for this industry, I would absolutely say no.

DAMAN: As someone with international reputation and experience, what do you think about the fashion scene in Indonesia right now?
Harry Halim: I think if we’re expecting a “real and true” fashion scene here, there are a lot of homework to do and finish. The later and recent generations are starting to understand how the fashion industry works and they actually possess the standard quality for that – even if it’s not everyone yet.

DAMAN: After all those years making your name internationally, what makes you decide to finally open a boutique in Jakarta in 2017?
Harry Halim: In short, I was simply testing the market. Trying to observe how does this home country of mine embraced my works.

DAMAN: You travel a lot since you were young, and especially now with your business growing everywhere. If you can choose, where does your heart feel at home the most – and why?
Harry Halim: Definitely Paris. I went through my entire 20s there –which that was the most important stage in life when you started to build yourself. And with that come many memories as well.

DAMAN: Can you tell us your most proud moment in your whole career – and why?
Harry Halim: There are a lot but for me it has yet to come. I’m pretty content with everything I’ve done, so the top of my list would be seeing the company grow and how we are still surviving till today. 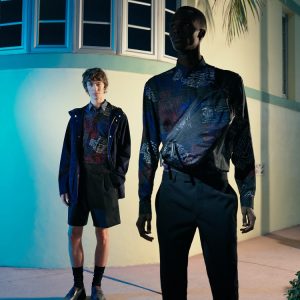 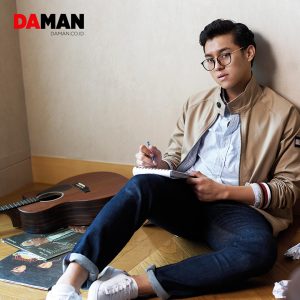 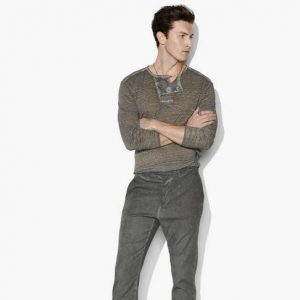 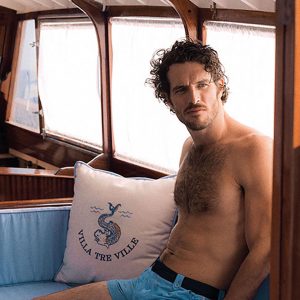 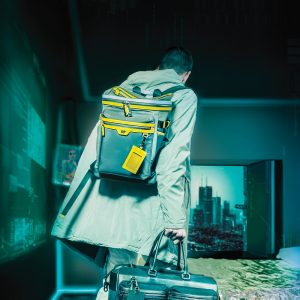 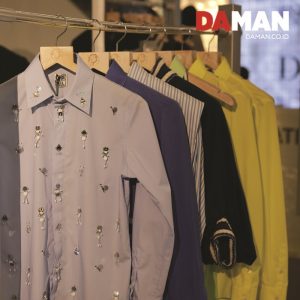 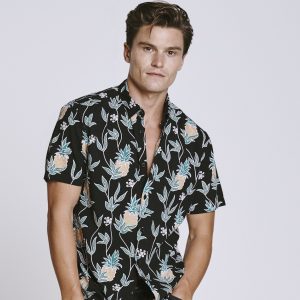