MADE WITH LOVE. This Valentine’s Day, stay at home and cook for the one you love. Take easy recipes from Potato Head Garage Jakarta’s chef Hikaru and complete the dining session with three cheeky potions from mixologists Leo Boys and Anya Montague. 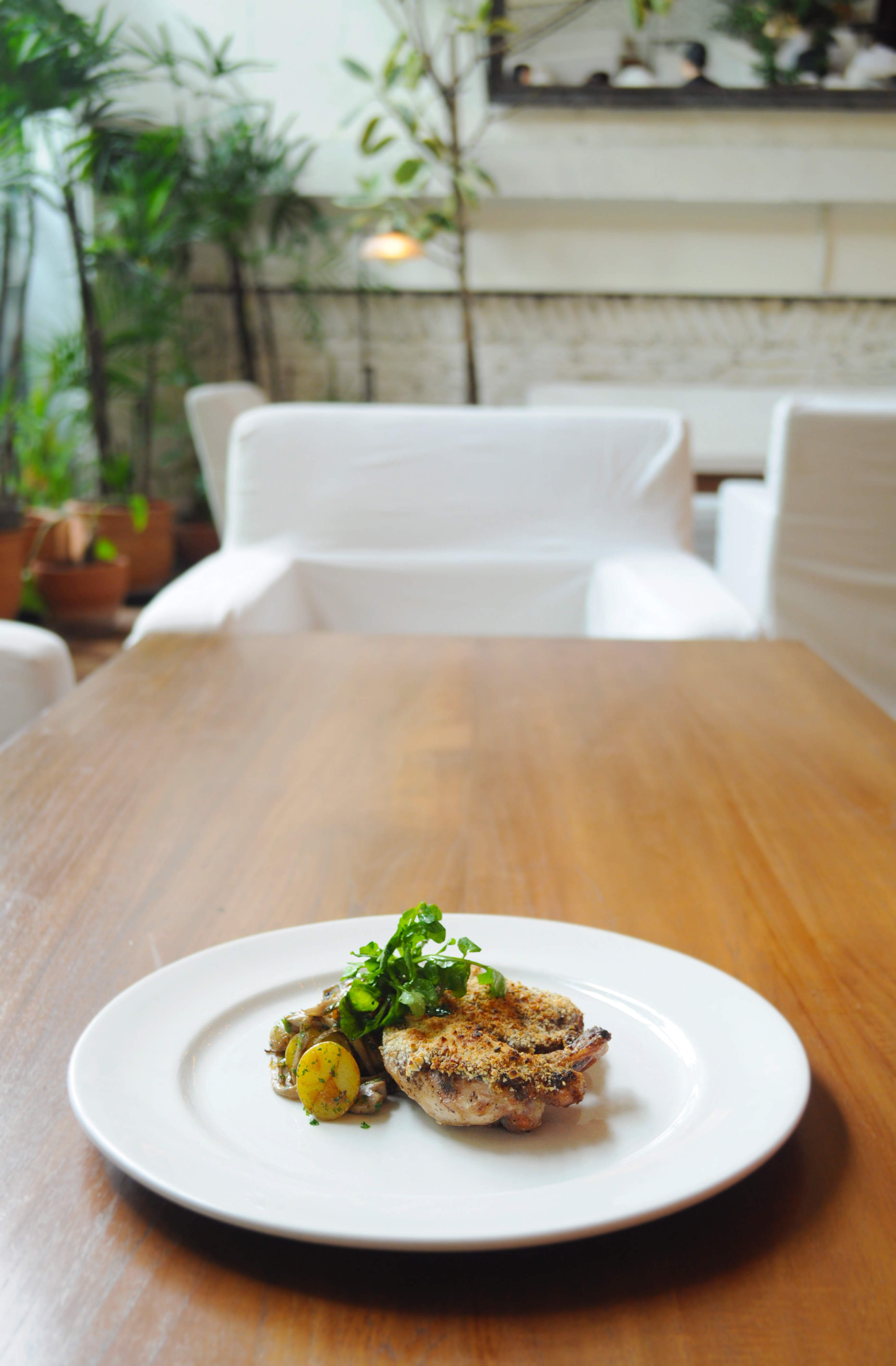 Hikaru Take
A true dining destination, Potato Head has become a synonymous brand to good food, good vibe and good crowd. The newest establishment of the group, Potato Head Garage happens to be a larger-than-life fine eatery, well-polished for a dressing-up affair and high-heeled nigh t-out. Once an oversized garage, the glittery venue now boasts fancy chandeliers and a gastronomic menu to die for. The man behind it is none other than Hikaru Take, the ingenious Japanese chef who did the culinary magic at Tapping Shoes, the second floor of Potato Head Beach Club.

At first glance, the Osaka-born Take appears as an unassuming Japanese expat with the beckoning bow and muted smile. Little did people know that the chef had spent eight years in Bali and an extensive stint in France, working at highbrow restaurants such as RendezVous, L’Oasis and Raimbault’s L’eau a la Bouche. His short comments to any questions—in particular “no” to any media spotlight—cleverly conceal his biography. Despite so, the amicable colleagues of chef Take generously divulge his unique personality and habits, not excluding online shopping and collecting New Balance sneakers (more secrets to spill: http://blog.ptthead.com/features/chef-take).

Despite all the quirky facts, the best way to know chef Take’s talents is to sample his French-meets-Japanese cuisine. Seafood is his forte and, putting in mind that he’s currently based at Potato Head Garage Jakarta, you can taste his sublime meals at any given day. And thanks to the following recipes straight from the enigmatic chef extraordinaire, a little bit of Take to bring home is now made possible.

Chicken Diablo with Sauce and Vegetables
1 portion
Borrowing from a Spanish recipe, Chicken Diablo is meant to be hot and spicy. Although this version is rather mild, you are welcome to spice it up three notches—just as how the locals would do. And, oh, you’d better add more bread crumble if there’s any famished children sitting on the table .

Boil baby potatoes until they are cooked. Cut the potatoes in half, then sauté it in butter in a pan. Add the sliced onions, forest mushrooms and chopped parsley as garnish. 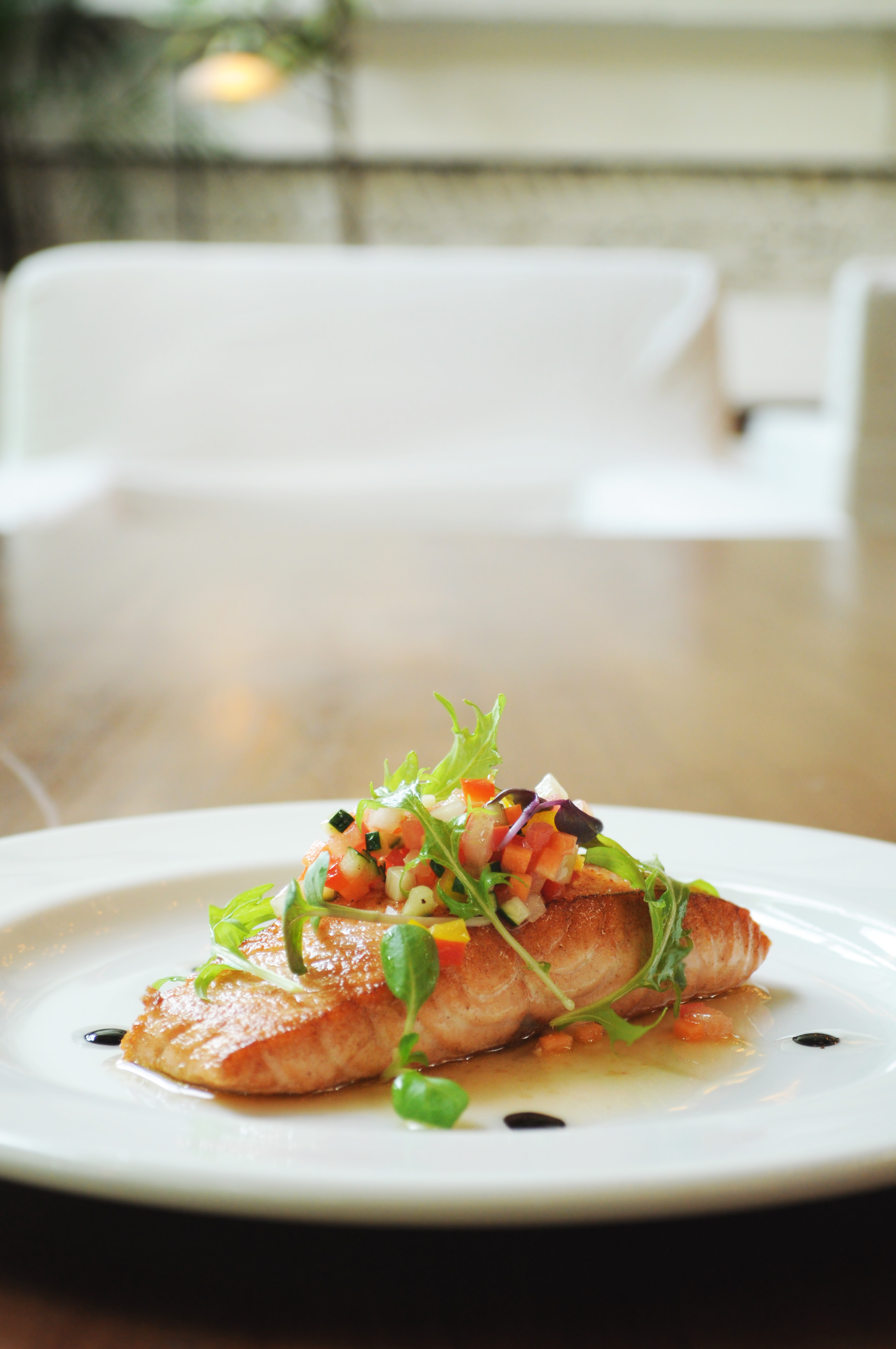 Roasted Salmon with Vegetable Sauce
1 portion
The relatively simple roasted salmon clings to the adage “practice makes perfect.” To score such a decadent salmon texture as in the picture is not a piec e of cake. Yet for any cooking technique you lack in, the delicious vegetable sauce makes up for in taste. So, fret not, this recipe will knock the socks off of your visiting hungry guests.

Method
Prepare the salmon fir st by seasoning the fillet with salt and pepper. Heat a frying pan with olive and butter. Lightly sear the salmon until the flesh is light pink in color. Move on to whip up the vegetable sauce. Combine all the vegetables in a bowl and soak thoroughly with oils. Transfer to a container and chill overnight in the fridge. Once ready, pour the sauce over the salmon. Garnish is necessary to spruce up the presentation. 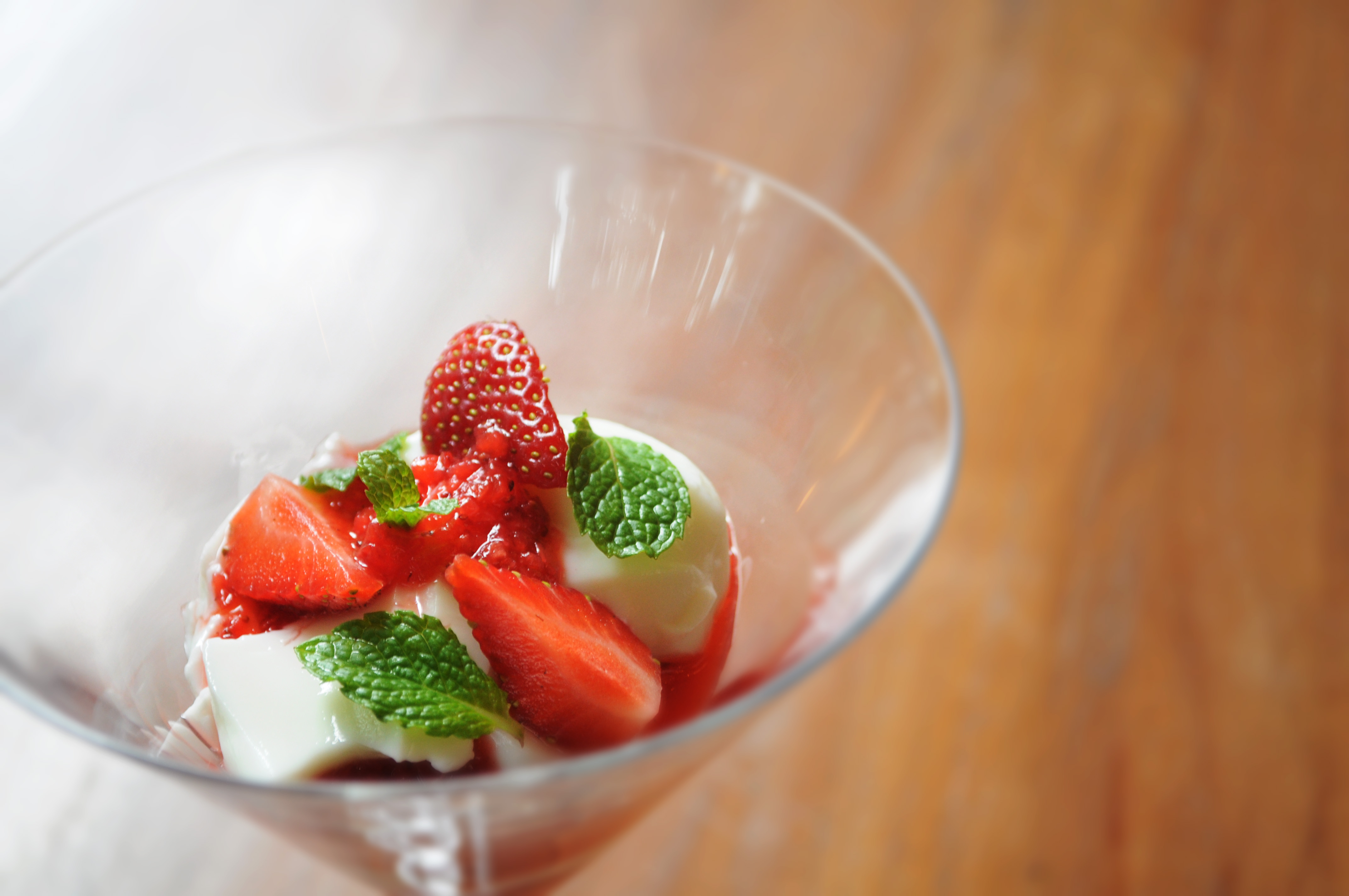 Vanilla Panna Cotta
1 portion
Had you consumed much heat from your own version of Chicken Diablo, it is time to soothe the digestion with a little bit of sweet love: vanilla panna cotta. The recipe is fairly simple, and you can garnish it a tad more with thin-sliced biscuits or crackers on the side.

Method
Mix pouring cream, sugar, vanilla beans and gelatin together in a saucepan. Bring to a boil. Cool down before putting it in the fridge. Mix chopped strawberries and powdered sugar until all get blended well together.

Leo Boys and Anya Montague
Billed as the traveling bartenders (based on the Tumblr: travellingbartenderslog.tumblr.com), Leo Boys and Anya Montague are very much the embodiment of free spirit (and spirits, too) and globetrotting. The lovely young couple are British who met in London and decided that life is too short to be working just at an English bar. So they packed their bags and hopped from one island to another.

Hawaii, India, Bangkok and now Bali, Boys and Montague usually stay for three months or so before calling it quits and departing f or a new destination. And the rule is simple: there is no rule. Just like the hippies of the olden days, the day DA MAN met them at Potato Head Beach Club in Bali, Boys confessed that it was the fourth month they’d been on the island. He had been toying with the idea to settle a little longer (he’d legitimately been bitten by a Bali bug), all the while bartending offers from the rest of Asia were already stacked on their imaginary work desk.

What’s more interesting than the travel routes is the influences each brings into his or her potion. Boys’ love affair with Hawaii culminates in the refreshing fizz of the Lovely Lini, while Montague’s fond memories of India—where her dad teaches yoga—help concoct the Masala Chai. Sadly though, these tasty cocktails (six in total) are only up for grabs probably till the end of March. Maybe that’ll be the time when Boys clocks in with his final say whether to stay or not to stay on the island of Gods, Bali. 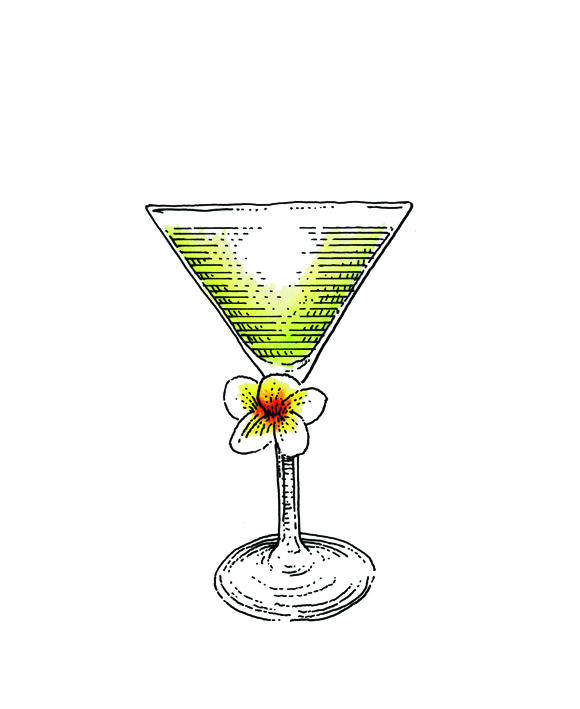 Lovely Lini
When talking to Leo Boys, one can’t help but imagine him wearing an invisible lei, a wreath of flowers normally spotted in Hawaii. His upbeat chat is as endearing as the Lovely Lini cocktail, that’s totally delectable on the palate with the fizz of Italian wine Prosecco. On this one, Boys admits that the inspiration springs from the homesick days in Hawaii.

Method
Before you mix the ingredients, make the pineapple purée by crushing the flesh of one medium-sized pineapple with 150gr of caster sugar (very fine sugar). Once it’s ready, it’s time to pour in gin, pineapple purée, lemon juice and orange bitters into a shaker. Then shake and strain into a martini glass, and top the drink with Prosecco wine. 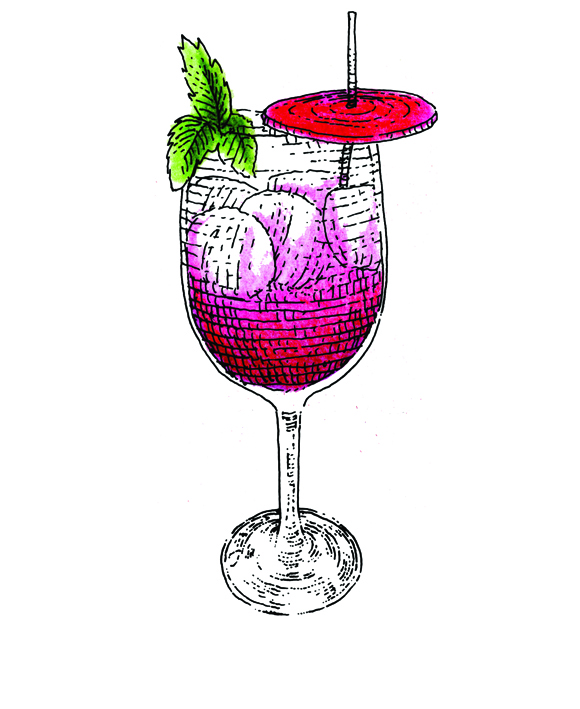 Beetox Margarita
If you succumb to the belief that Bloody Mary is the potent hair of the dog, then this cocktail is bound to be your true hangover remedy. Full of antioxidants and tasty vegetal flavors, each sip serves a dose of detox and toxin—in other words, guilty pleasure.

Method
Make the beetroot purée by peeling and boiling three beetroots with 100gr of sugar. Pour all the ingredients into a shaker. Shake and strain into a wine glass, add some crushed ice. Garnish with a mint sprig and a thick slice of raw beetroot. 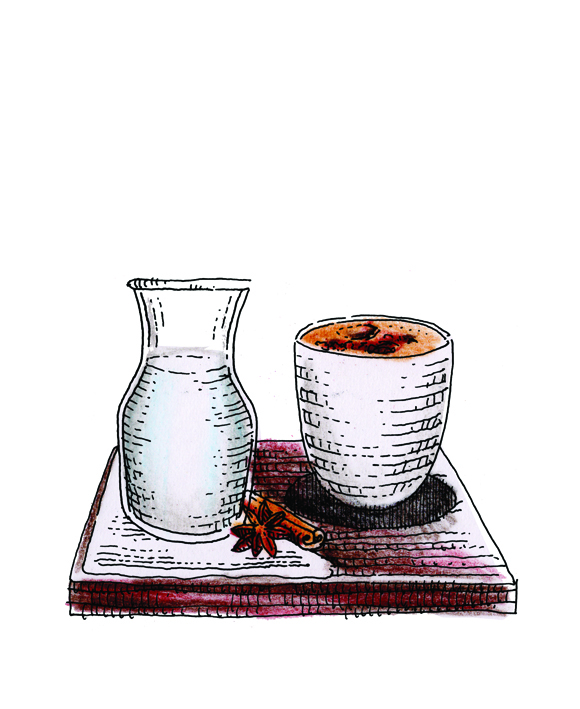 Masala Chai
For a rather experimental experience, the Masala Chai is nothing but cheeky. Invented in the Himalayas by Montague the previous year, the authentic recipe is quite complex to make. Hence, the following is a simplified version, that’s parallel in taste and likewise excellent as a pick-me-up for the day or night! The way to drink: You can add the milk as you like it and drop the star anise in for a flavorful addition.

Method
Create the chai syrup by boiling 500ml of water and adding two chai tea bags, one whole large chili. Leave it to steep. Add 500gr of sugar when it’s cool and already dissolved. Pour in the ingr edients into a shaker. Shake and strain into chilled teacup. Serve with milk on the side, a cinnamon stick and piece of star anise. 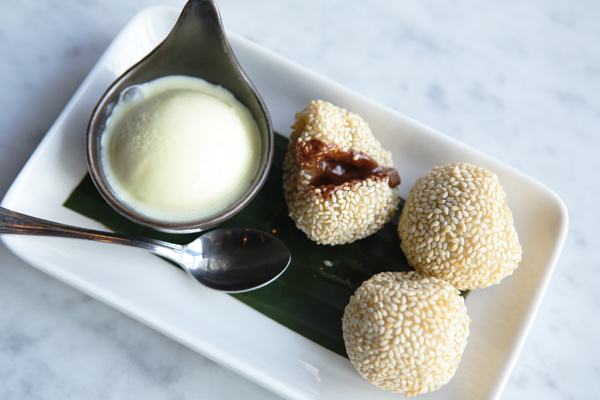 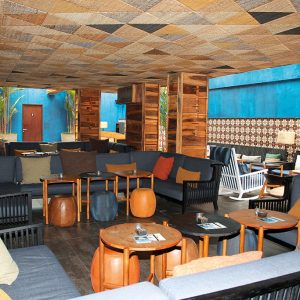 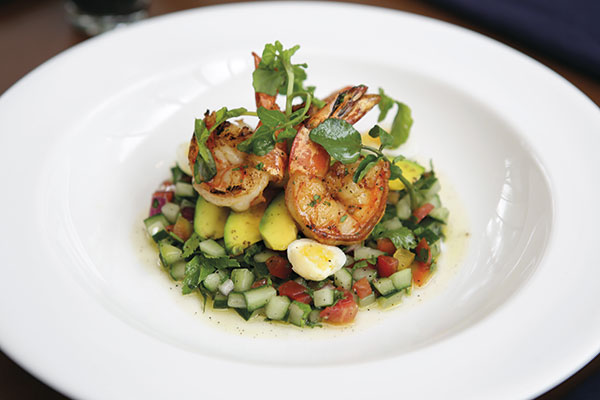 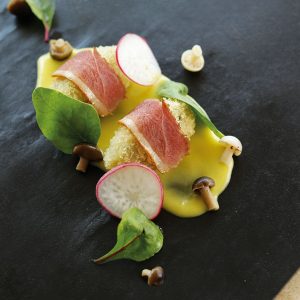 Archive 4 Sicilian Dishes You Can Try at Home 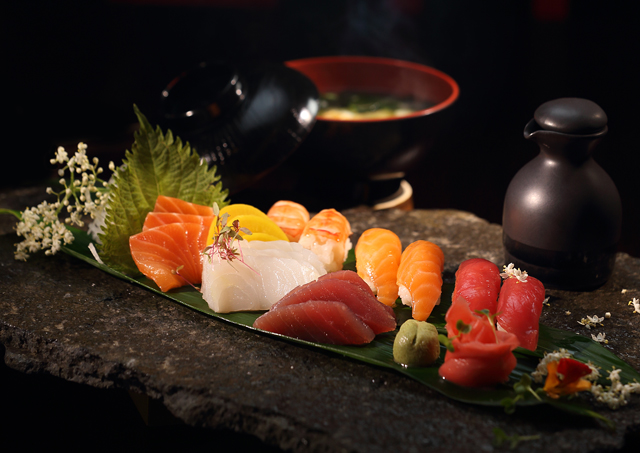 Archive Eat&Drink: Sushi By The Beach 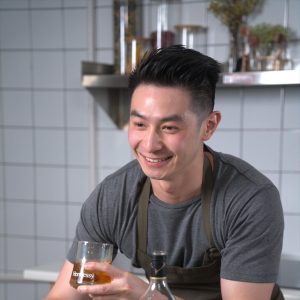 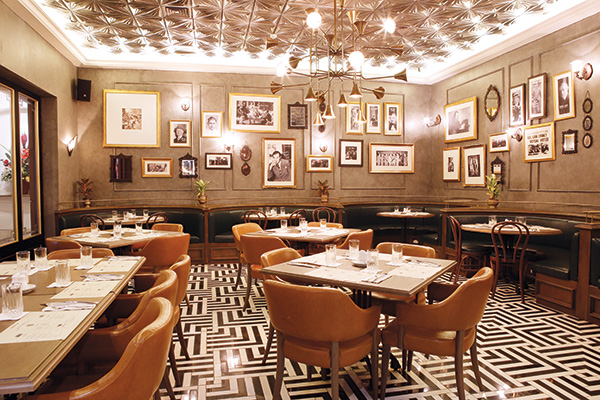