They say the way to a man’s heart is through his stomach, but Chef Lamberto Valdez shares his secret on how to win a woman’s heart and appealing to just her stomach won’t be enough. Unlike winning your new buddies’ approval by supplying boxes of pizza for game night, wooing a woman takes more thought and care. You might not be the winner of “Top Chef,” or know how to cook anything but instant noodles, but with the right ingredients, Chef Lamberto shares five-course effortless and authentic Mexican recipes that will make you look like you’ve been slaving all night to prepare a special meal just for her. With over 25 years of culinary experience in five countries, Chef Lamberto Valdez Lara is currently the Director of Culinary at Keraton at The Plaza’s Bengawan Restaurant. He had previously worked alongside two Michelin chefs, Jean-Georges Vongerichten and Alain Ducasse. When serving as the Executive Sous Chef in the Ritz Carlton Manalapan, Florida, he had the pleasure of cooking for the former US president Bill Clinton. 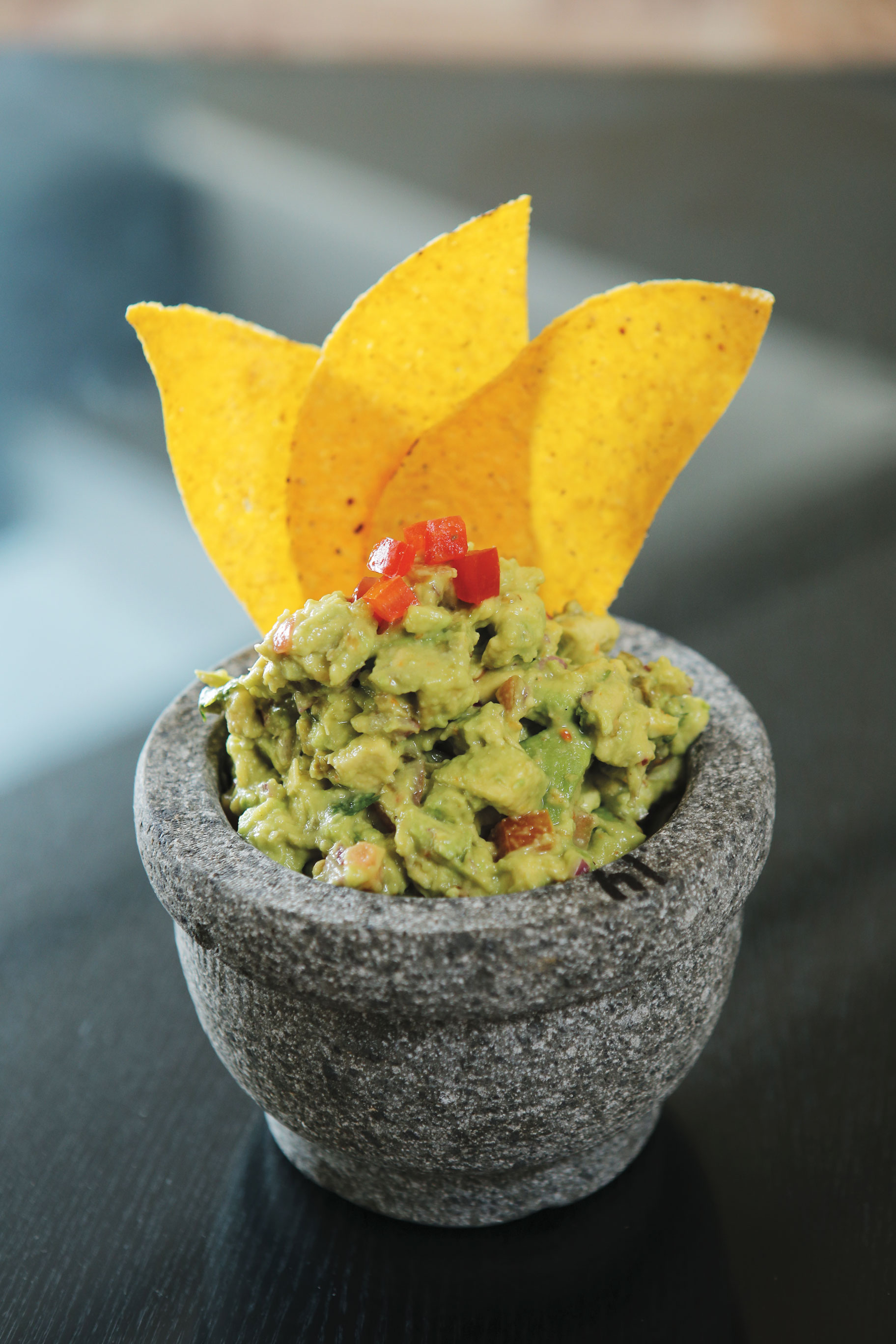 To whet her appetite, prepare fresh guacamole served with tortilla or cassava chips. Freshness is key, so pick only the freshest avocados. You can add more tortilla as much as you like it.

Cut avocados in half and remove the seeds. Scoop out the meat from the peel and put it in a mixing bowl. Using a fork, roughly mash the avocados. Do not overdo it. The guacamole should be a little chunky, which adds texture to the bite.

Cut avocados in half and remove the seeds. Scoop out the meat from the peel and put it in a mixing bowl. Using a fork, roughly mash the avocados. Do not overdo it. The guacamole should be a little chunky, which adds texture to the bite. Add the chopped onion, cilantro, lime or lemon, salt and pepper, and mash all the ingredients again. Chili peppers vary individually in their hotness, so start with half of a chili pepper and add to guacamole. You can add more, depending on your desired degree of spiciness. Be careful when handling the peppers and wash your hands thoroughly after handling. Chilling the tomatoes detracts from their natural flavors, so don’t chop the tomatoes and add them to the guacamole until you are ready to serve. Remember that much of this is done to taste because of the variability in the fresh ingredients. Start with this recipe and adjust to your taste. Cover guacamole with plastic wrap directly on the surface to prevent oxidation from the air. Refrigerate until ready. Just before serving, chop the tomatoes and add to the guacamole. Mix them well. Serve with tortilla or cassava chips. 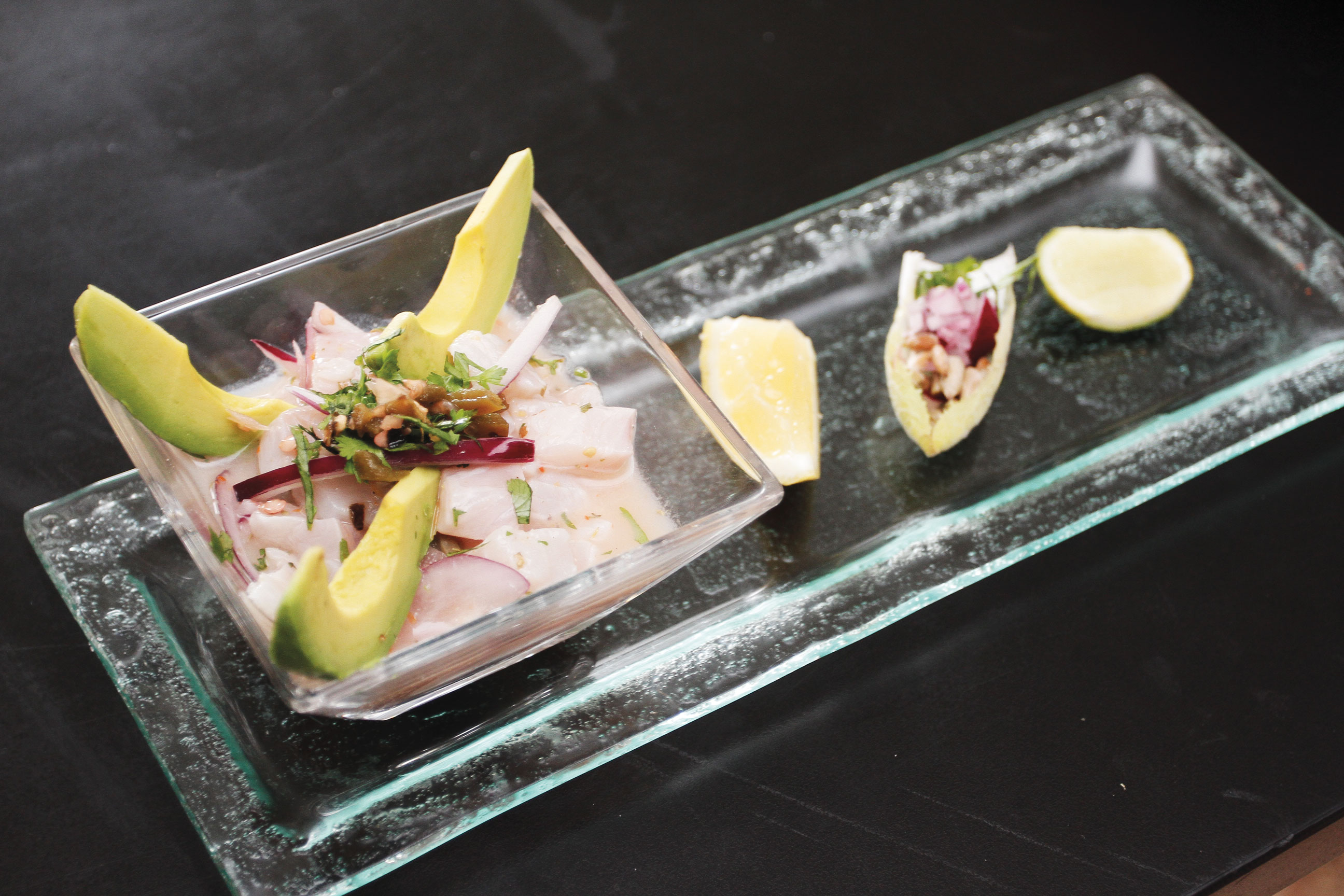 Progressing to the next opener, ceviche makes the perfect appetizer to wake the taste buds, with an amalgamation of flavors rolled into one: sour, spicy and a little tangy. 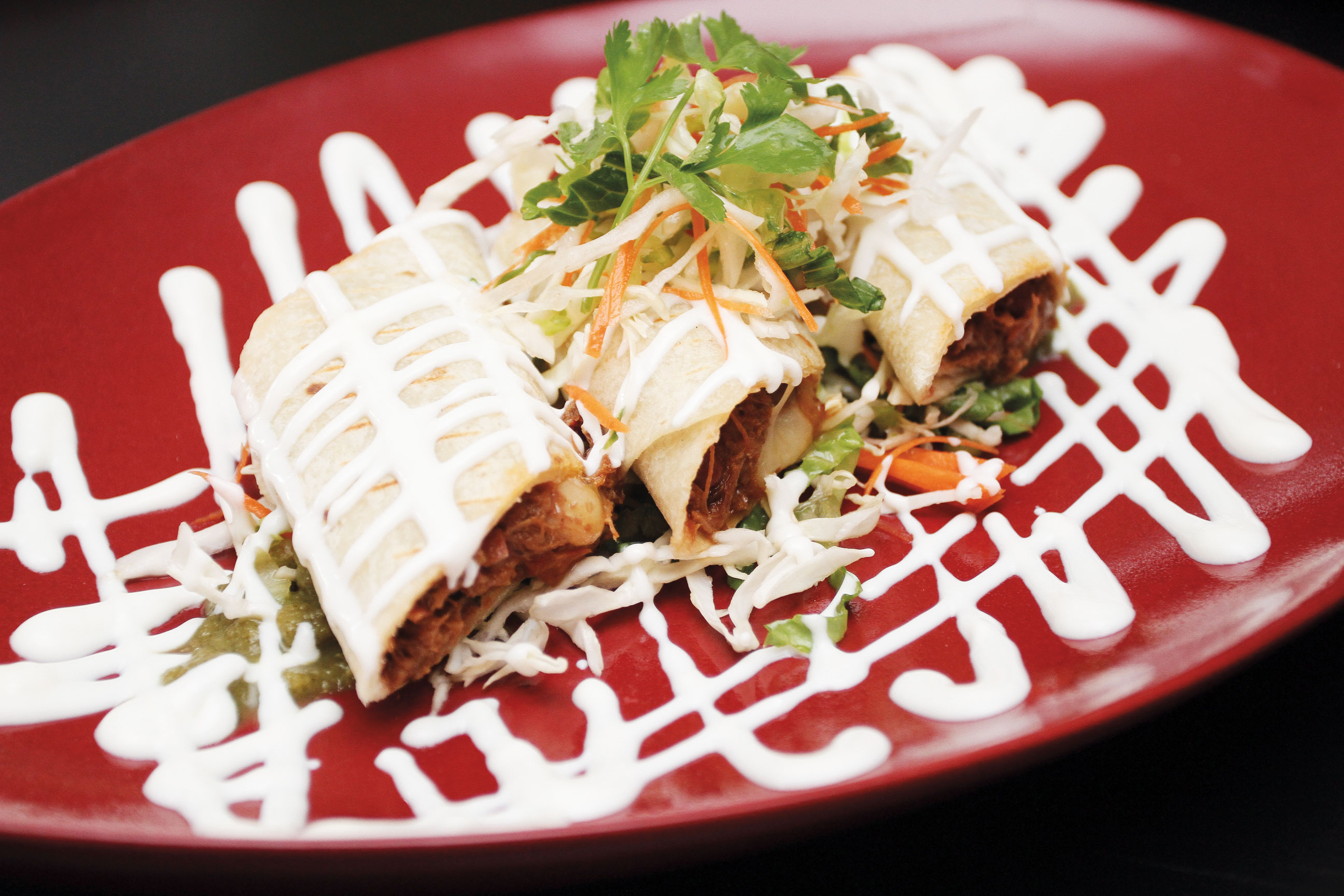 Onto the main course, Flautas make a hearty yet satisfying meal. Flautas or flutes are usually deep-fried flour tortilla rolled up around meat or vegetables. Do not buy into the notion that women eat light during dates.

Brown the cubed beef in the fat on medium heat in a large Dutch oven or pot. Add onions, garlic, tomatillos, jalapenos, cumin, a half cup of chopped cilantro, four cups of water (or beer, if you prefer), and salt and pepper to the meat. Bring to a boil and then lower to a simmer and cook for two hours until the meat is tender. Remove beef from the pot, shred it, and toss it with lime juice, and add some salt and black pepper. You can add some of the leftover juices from the pan, if you like. Soften the tortillas by warming them on the griddle. Take each warm tortilla, and place two tablespoons of the shredded beef on the center, and roll it tightly. Place the rolled-up tortillas on the griddle, and brown them nicely by rolling each of them around evenly, about 45 seconds on each side. Serve immediately with salsa, chopped cilantro, onion and sour cream. Remember, the ultimate key ingredient for Faultas or any other Mexican food is the freshness of the meal. To win points for creativity, try Chiles Rellenos although Biting peppers can be daunting

To win points for creativity, try the Chiles Rellenos. Biting into giant peppers might seem daunting at first, but if you pick the right peppers, you and your date will be biting into what feels juicy, sweet and sumptuous fruit stuffed with savory treats.

For the stuffing, mix the mushrooms, goat cheese, corn and zucchini. Season with salt and pepper. Proceed to stuff the peppers. Grill the peppers on the grill and cover with plastic. Proceed to remove the outer skin, seeds and membranes from the peppers. Stuff each pepper with the stuffing mix. In a small bowl, combine milk, one cup of flour, egg, baking powder, baking soda, salt and canola oil. Mix well to make a batter. Pour enough oil in heavy frying pan to reach an inch in depth. Heat over medium-high heat. Roll each pepper in the remaining flour and dip in the batter. Fry until the pepper is lightly browned on both sides. 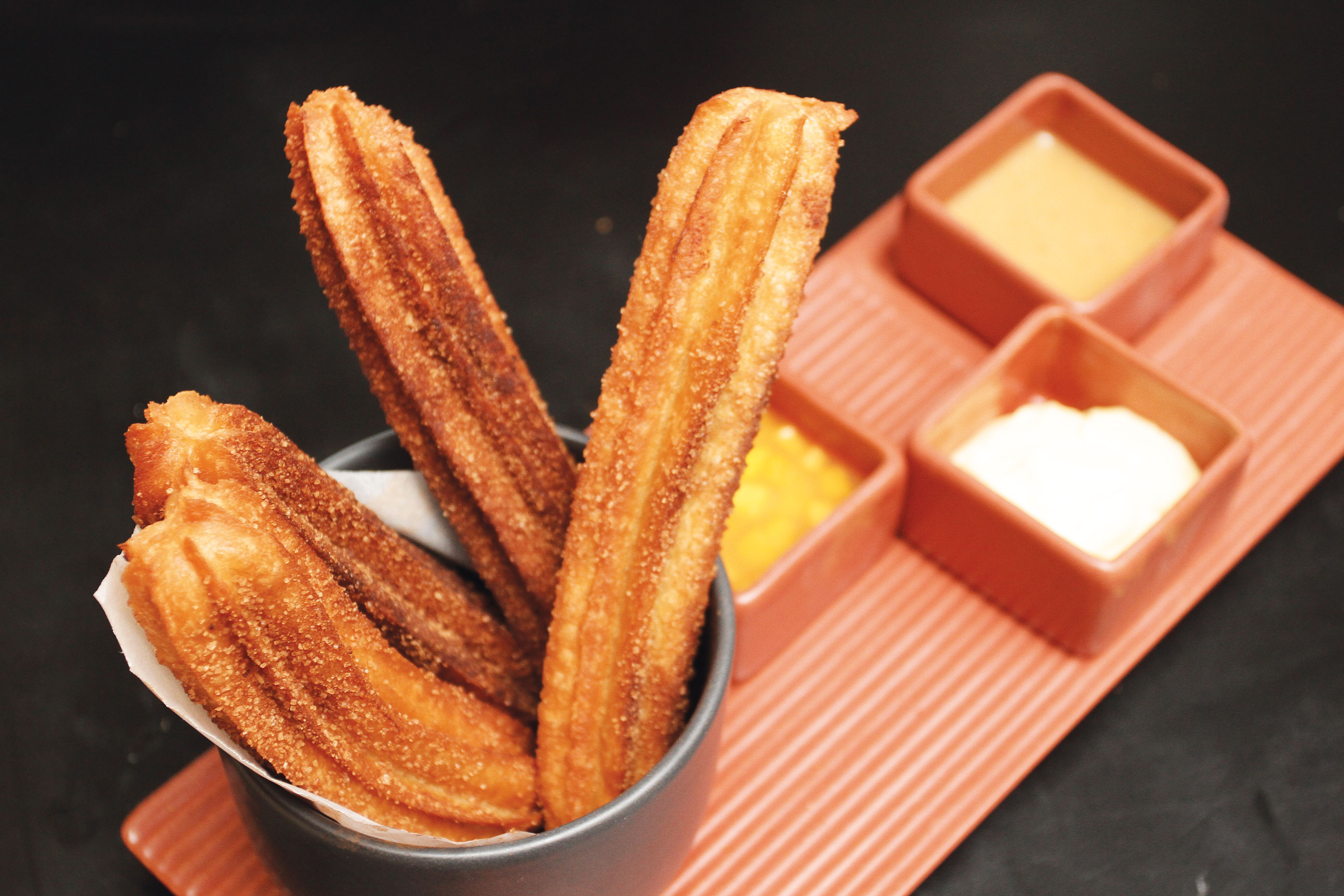 Save the best for last and win her over with a sweet treat. Forget tiramisu and go with the scrumptious churros for just the right amount of sweet with a bit of spice instead. You can add some chocolate dip on the side should you want some more sweetness to the taste.

To make the crullers: In a medium saucepan, heat two cups of water along with the butter, sugar, vanilla and salt over medium-high heat, until the edges of the liquid starts to bubble. Add the flour and stir briskly with a wooden spoon until no lumps of flour remain. Remove from the heat. Add eight eggs, one at a time, beating each egg well with a wooden spoon. The dough should look soft and glossy, and make a hook shape when the spoon is pulled away from the dough. Scrape the dough into a pastry bag fitted with a star tip. Pour enough canola oil into a deep heavy skillet to reach the depth of an inch. Heat over medium heat until the tip of the handle of a wooden spoon gives off a slow steady stream of tiny bubbles. Carefully pipe the dough into the oil, forming six-inch crullers. Do not overcrowd the pan with crullers. Overcrowding will result in soggy crullers. Fry, turning once, until crullers are golden brown on each side. Drain on paper towels. Coat them with the sugar and the cinnamon. 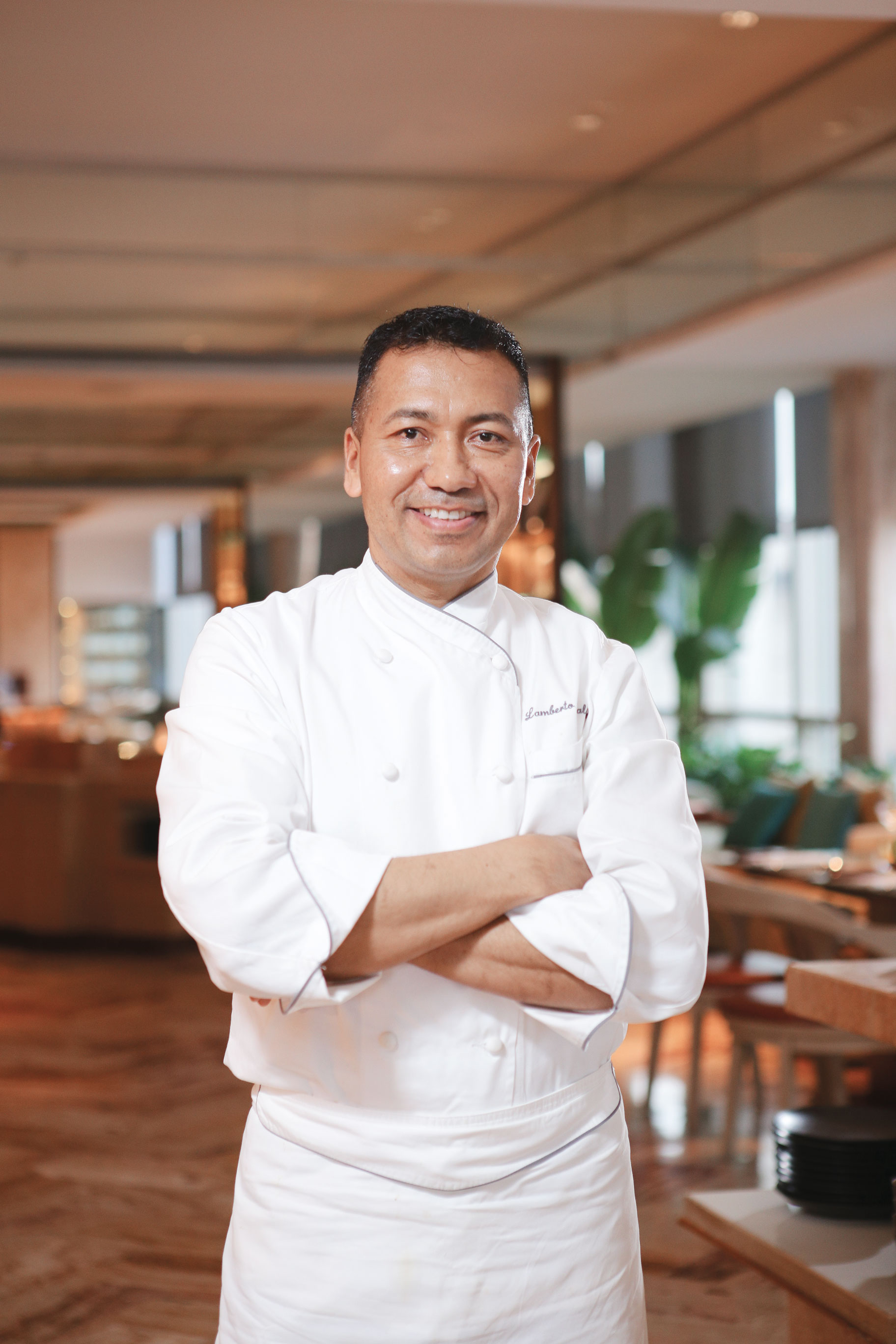 Chef Lamberto Valdez Lara is currently the Director of Culinary at Keraton at The Plaza’s Bengawan Restaurant. 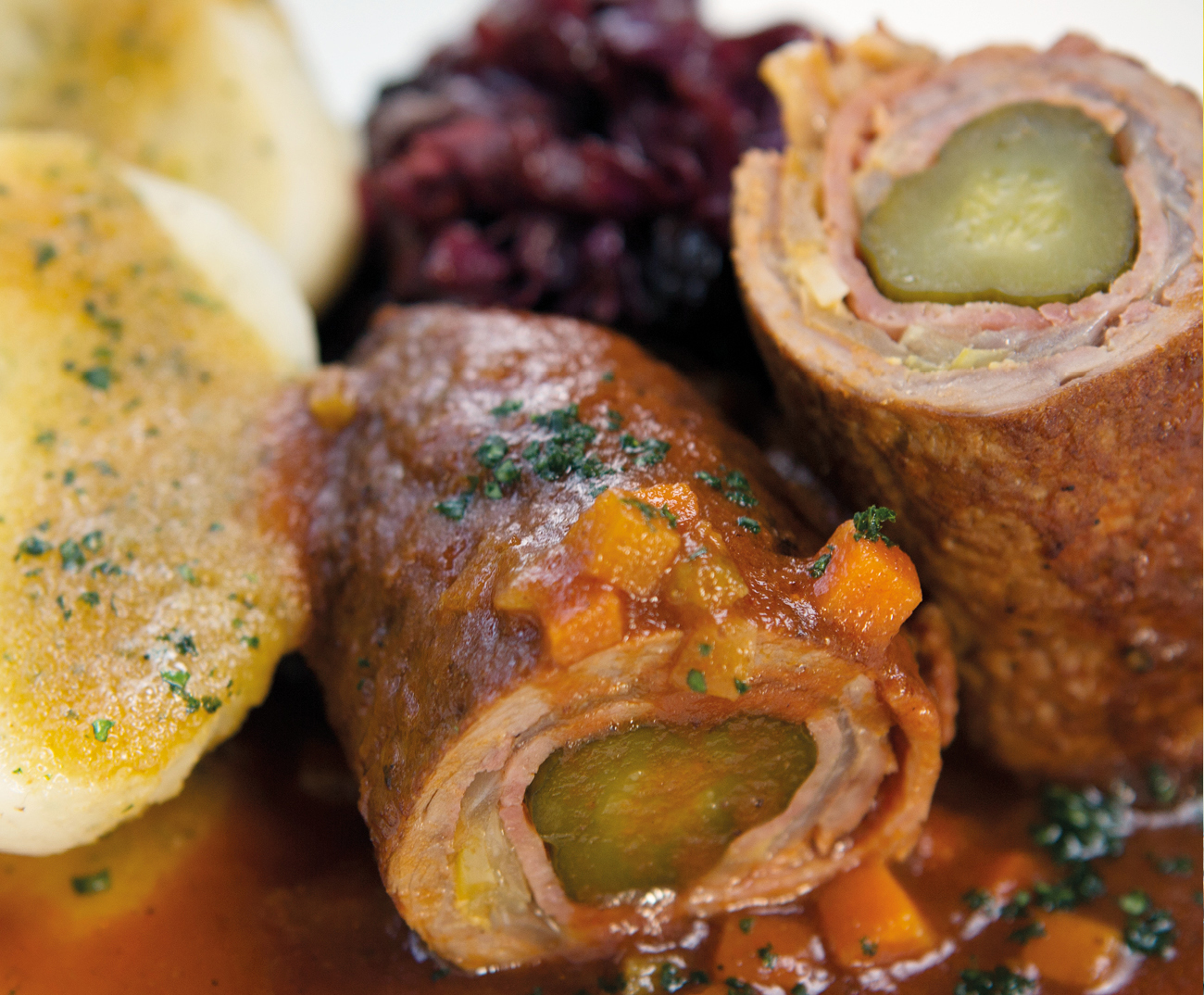 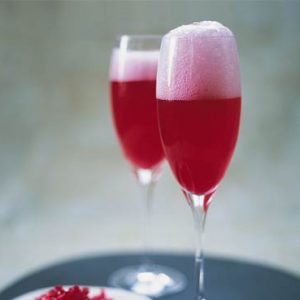 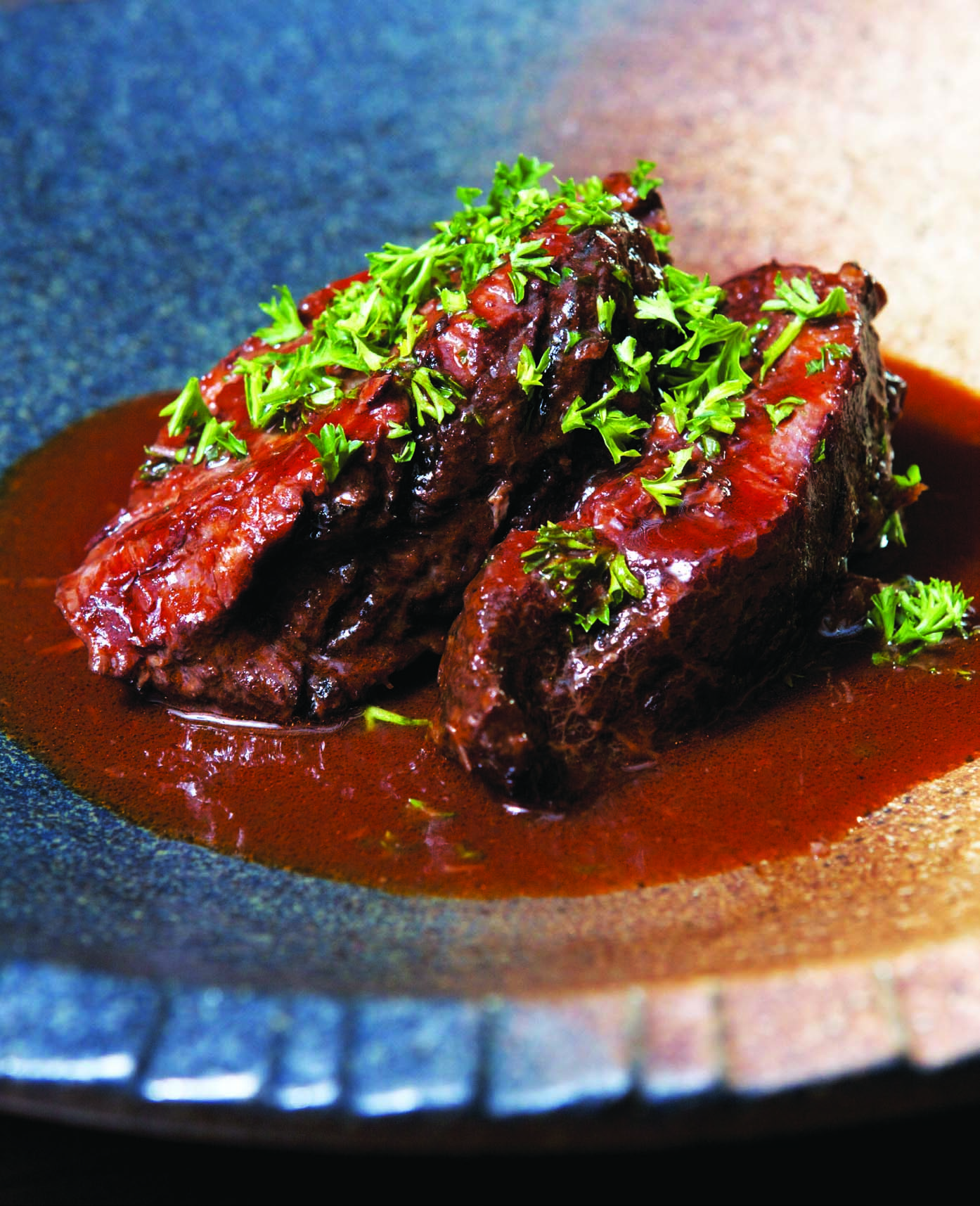