On November 22, 1963, shots were fired in Dallas and JFK’s head was in bits and pieces all over Jackie. Stephen King’s new novel entitled 11/22/63 (Scribner) revisits that day, like only the best suspense novelist of his generation can. 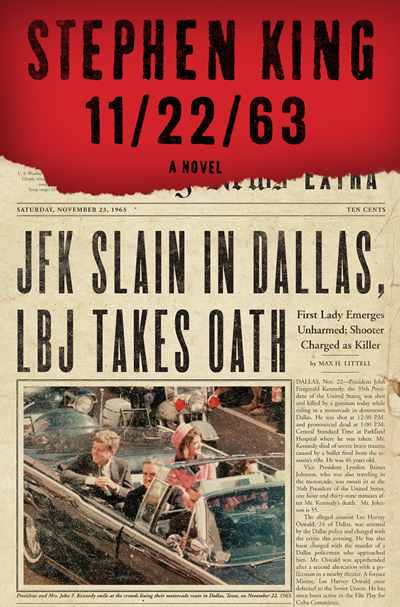 This is simply a must-read book from a generation-defining novelist.

On August 12, 2011, several months before the book’s actual release, it was announced that acclaimed Hollywood director Jonathan Demme (Silence of the Lambs) had attached himself to write, produce and direct a film adaptation of 11/22/63. Stephen King will serve as the executive producer for the film. Shooting should began in late 2012.

According to the author, the inspiration for the book came to him some four decades ago, a few years after the JFK assassination and shortly before the release of his first novel Carrie.

Stephen King was going to call that Split Track. But he felt a historical novel, particularly at that time, required an inordinate amount of much research, and more writing ability that he felt that he possessed, according to an article in the Wall Street Journal. 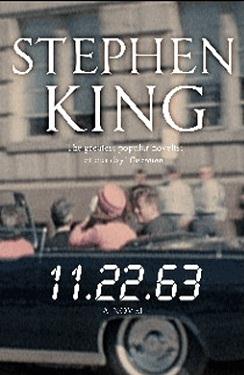 Just as he’d done with his 2009 novel, Under the Dome, he dropped the project, returning to it at another point in his life.

“I’d like to tell a time-travel story where this guy finds a diner that connects to 1958… you always go back to the same day. So one day he goes back and just stays. Leaves his 2007 life behind. His goal? To get up to November 22, 1963, and stop Lee Harvey Oswald. He does, and he’s convinced he’s just FIXED THE WORLD. But when he goes back to ’07, the world’s a nuclear slag-heap. Not good to fool with Father Time. So then he has to go back again and stop himself … only he’s taken on a fatal dose of radiation, so it’s a race against time.” 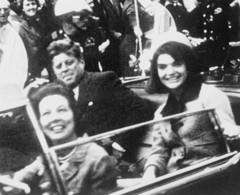 The book centers on Jake Epping, a 35-year-old high school English teacher from Maine who travels back in time to try to prevent President John F. Kennedy’s assassination.

SHARE
TAGGED IN: (Scribner) revisits, 11/22/63, and JFK's head, Book Review, can, in Dallas, Jackie, Jonathan Demme, like only the best suspense, new novel entitled, novelist of his generation, November 22 1963, okay, On, pieces all over, shots were fired, Silence of the Lambs), Stephen King, Stephen King's, that day, was in bits and
1439 Views