A MART OF ART. With a new fair director and creative director at its helm, Bazaar Art Jakarta 2016 looks set to enliven Jakarta’s art scene

Beneath the humdrum and cynicism that too often seem to permeate Jakarta, there have always been pockets of art appreciation surviving through the private collections of wealthy connoisseurs and the stages of small performing troupes. This August, this passion for art will get its moment in the limelight in the Bazaar Art Jakarta 2016 fair, held at Pacific Place Jakarta from August 25 to 28.

Bazaar Art Jakarta has been a fixture of the capital’s art scene since 2009, but this year’s event will introduce a new direction, thanks, in no small part, to two new faces at its helm.

First is Vivi Yip, whose background includes 10 years at Sotheby’s and eight years of running her own gallery, as fair director, along with artist and curator extraordinaire Rifky “Goro” Effendy as creative director.

“I’m quite similar to Goro, in that we don’t want art to be too exclusive,” Yip pointed out when asked how their respective personalities have influenced the fair’s direction. “We want to reach as many people as possible, so that’s why we made it to be about the experience and education.”

While there will be the conventional exhibitions of artworks a lot of attention has been poured into various special programs, including old Bazaar Art Jakarta staples that have been refocused to be more accessible and family-friendly. The fair’s KIDSart program, for example, has been greatly expanded.

“This year we’ve rebranded it as EDUart,” Yip explains, “because it’s not only for kids, but also for teenagers, and there’s also an executive class meant for art teachers.” Effendy embedded, “Then, for the venue’s public spaces, we have sculptures for the MALLart program, and we’ll have artists painting on sneakers, helmets, bags and skateboards.”

Artsy merchandises and affordable artworks will also be featured prominently to draw walk-in customers of all ages and walks of life. 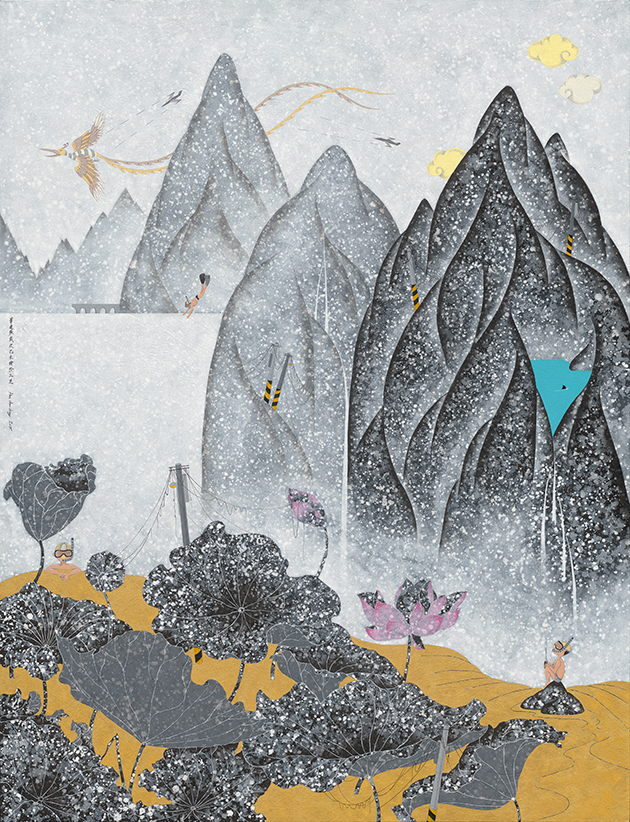 “Unfamiliar Landscape – A Pond of Snipers” by Chien-Chiang Hua

This inclusive approach will also benefit participating galleries. “This will become a parameter for galleries to measure the buying power and preference of the people,” Effendy went on, “so that they can adjust their wares to allow more people to own art.”

Perhaps, this is exactly what Jakarta needs to further expand its blossoming love for artistic expression: An art fair that doesn’t feel too much like an art fair, situated in familiar surroundings and offering an experience instead of merely an exhibition. 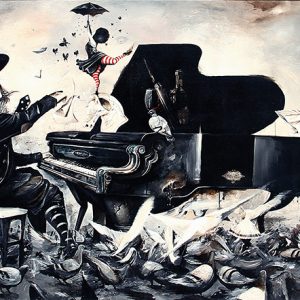