DA MAN Magazine - Make Your Own Style! > Celebrities > Darling > Aurélie Moeremans is the Quirky Beauty You Will Love

A BELGIAN BELLE. New stars come and go, but actress Aurélie Moeremans is here to stay. With Gabriela Yosefina she looks back at her beginning and unexpected range of talents 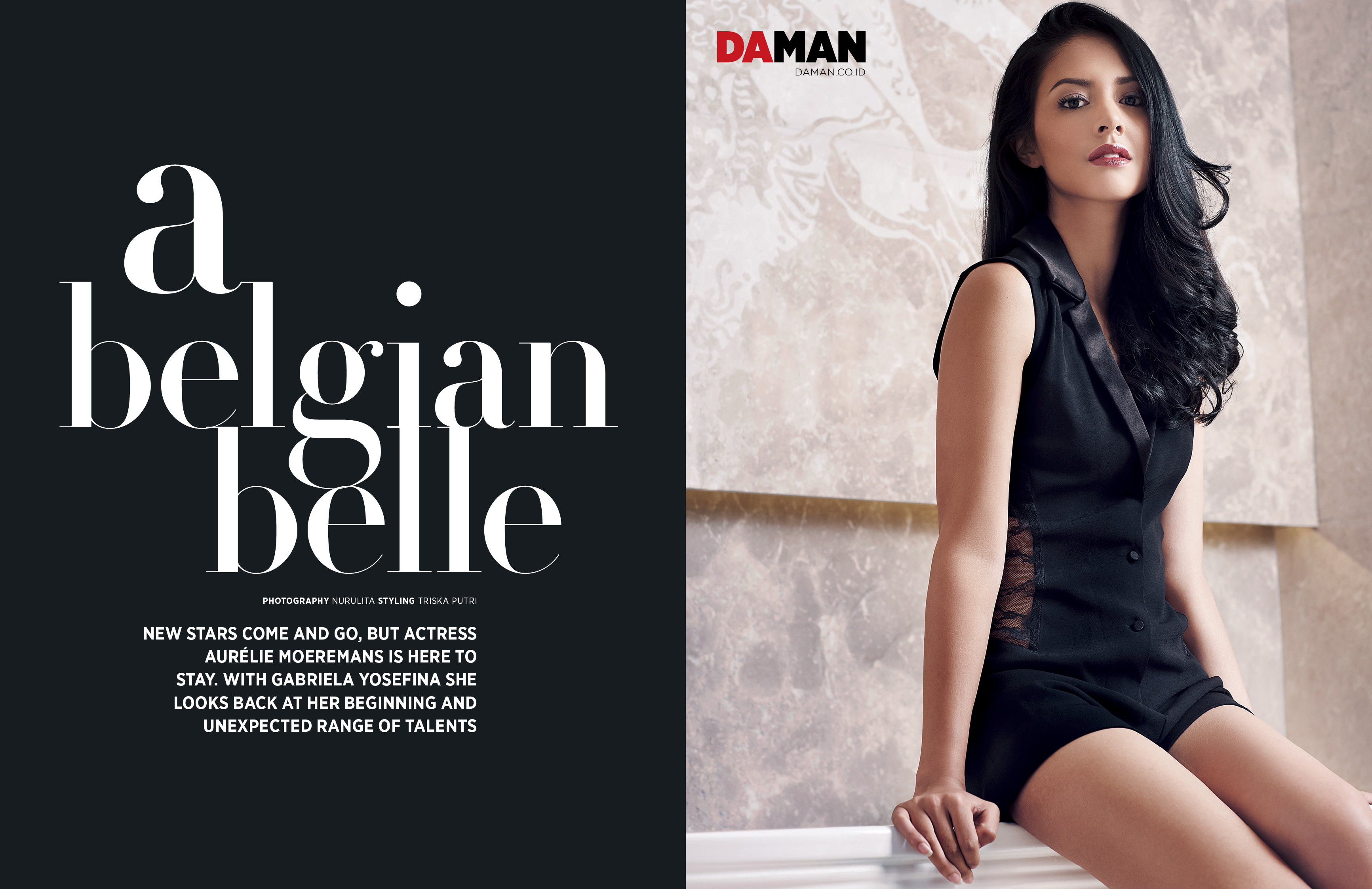 More than half the time, we here at DA MAN would find ourselves hard-pressed at finding an up-and-coming young
actress or a promising female artist to feature in the magazine. This time around, however, we’ve settled on one name a full two months before publishing: Aurélie Moeremans. Buoyed by a slew of interesting roles and by her captivating beauty (she is half Belgian, half Indonesian), the rising actress has slowly but surely stolen the hearts of filmgoers
and moviemakers alike.

Arriving on set early with her mother, Moeremans appears every bit youthful and unguarded. She answers questions lightly and seems to be at ease during the entire interview. “At the moment, I am waiting for news on a new movie title,” she calmly says, opening the conversation. “These days I prefer to play in movies rather than television series. I get bored pretty easily so I cannot stay in a production for too long.” 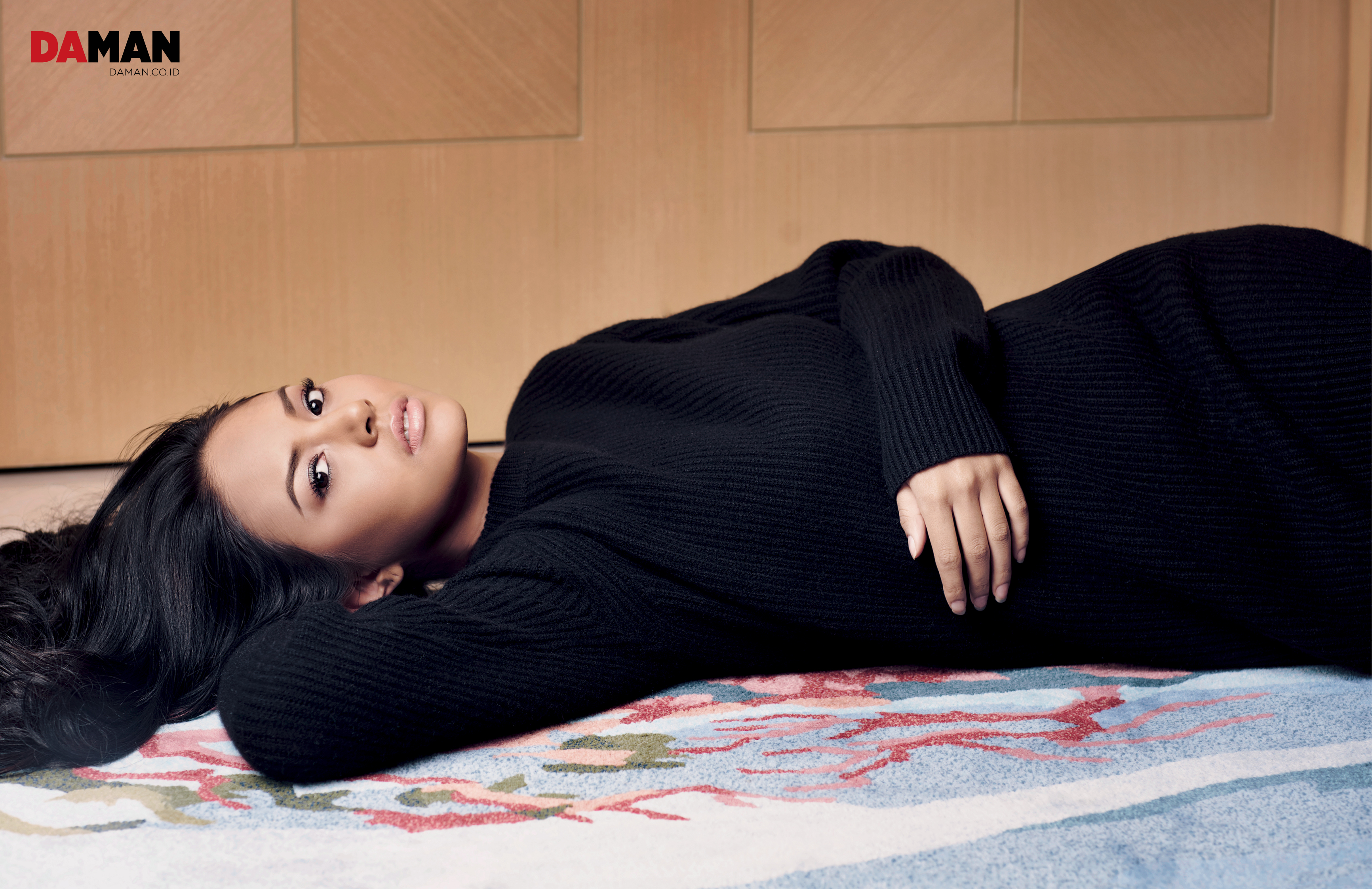 Moeremans’ start in the Indonesian entertainment industry came quite unexpectedly. “I was born and raised in Belgium, until in 2007 I went on holiday to Bandung. I joined a modeling competition there and won it. Soon afterwards, I signed a contract with one of the management agencies. Following casting after casting sessions, I was finally offered a main role in a television show! I begged my parents to let me pursue this opportunity. But it did not go well at first. My Indonesian was poor, so I was asked to enroll in a short language course before continuing shooting.”

The 1993-born starlet was just 15 at that time, so it was a huge leap forward. And it was not always smooth sailing: There were plenty of challenges to overcome, even early on, such as when she acted in “Sweetheart.” “I was 16 and I had to play a high school student who was bullied by her friends. During filming, it wasn’t always acting as I was really bullied until I cried because I was scared and in pain. It was really challenging, especially because my Indonesian was not yet that good,” she explains. 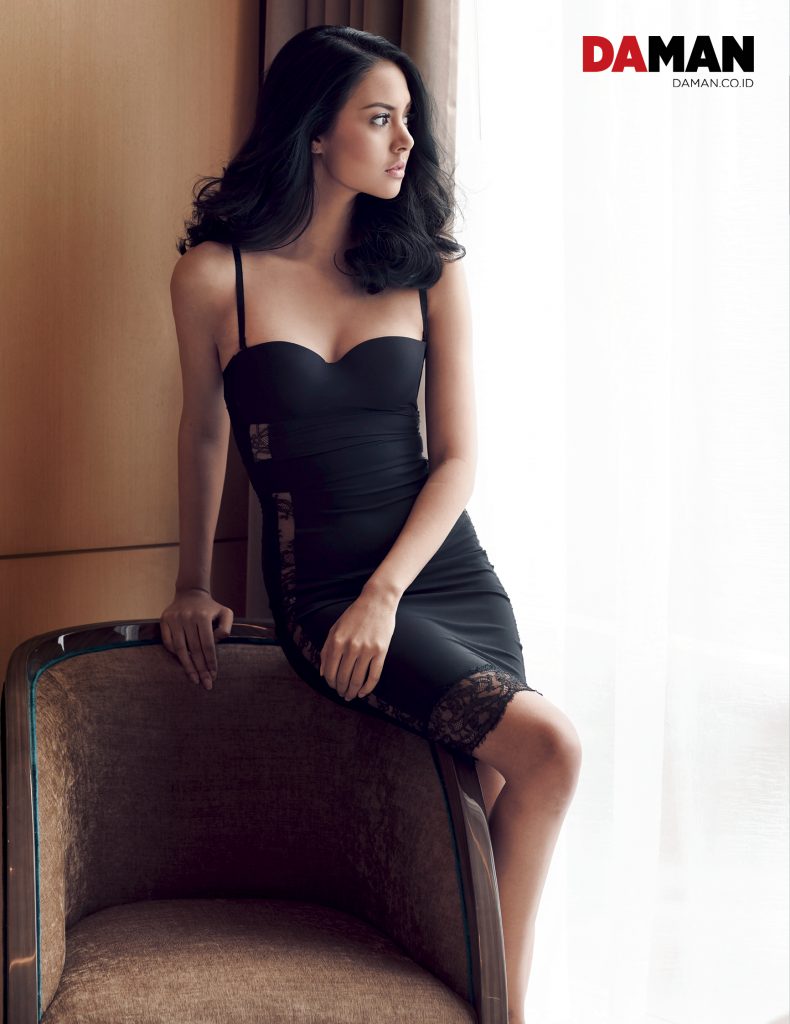 Nevertheless, her courage paid off. She has since starred in various titles, from the romantic drama “LDR” (short for long distance relationship) and horror flick “Badoet” (Clown), as well as a number of advertisements and television shows. The beautiful actress now calls Jakarta home, which allows her to really focus on her career. When asked whether she had had the chance to visit her birthplace after moving to Jakarta, she admits that she hasn’t. “No, I haven’t returned to Belgium since my family and I moved here. I miss my friends there so much!”

Yet, it is this kind of dedication that allows Moeremans to set herself apart from the rest. What was begun as an amusing experiment proved to become her calling. Today, her dreams include playing in a psychological movie or being cast in a film directed by Hanung Bramantyo. Furthermore, she also says that she wants to try her hand at writing, saying “I want to write a story that hopefully can be filmed.” This isn’t exactly something that a newcomer would do, but she also mentions that she’s writing not just for the sake of writing, but to expand her narratives and let her imagination wander into unexplored territory.

“I love to sing. I was very shy and I couldn’t really picture myself acting in front of people back then”

There is more to Moeremans than just acting and writing, however. “I love to sing. I was very shy and I couldn’t really picture myself acting in front of people back then. So, I have been into singing, especially ballads like Taylor Swift’s previous records and Norah Jones’. And when I’m bored, I love to draw. If you take a look at my room, you will see my drawings on the wall. Usually, when I draw on paper, I’m drawn toward dark characters, like monsters, in black and white. For my bedroom walls, I prefer something lighter. You will be able to see Bruno Mars and Angelina Jolie, even!” The playful way she recounts this hobby of hers belies just how talented she actually is. 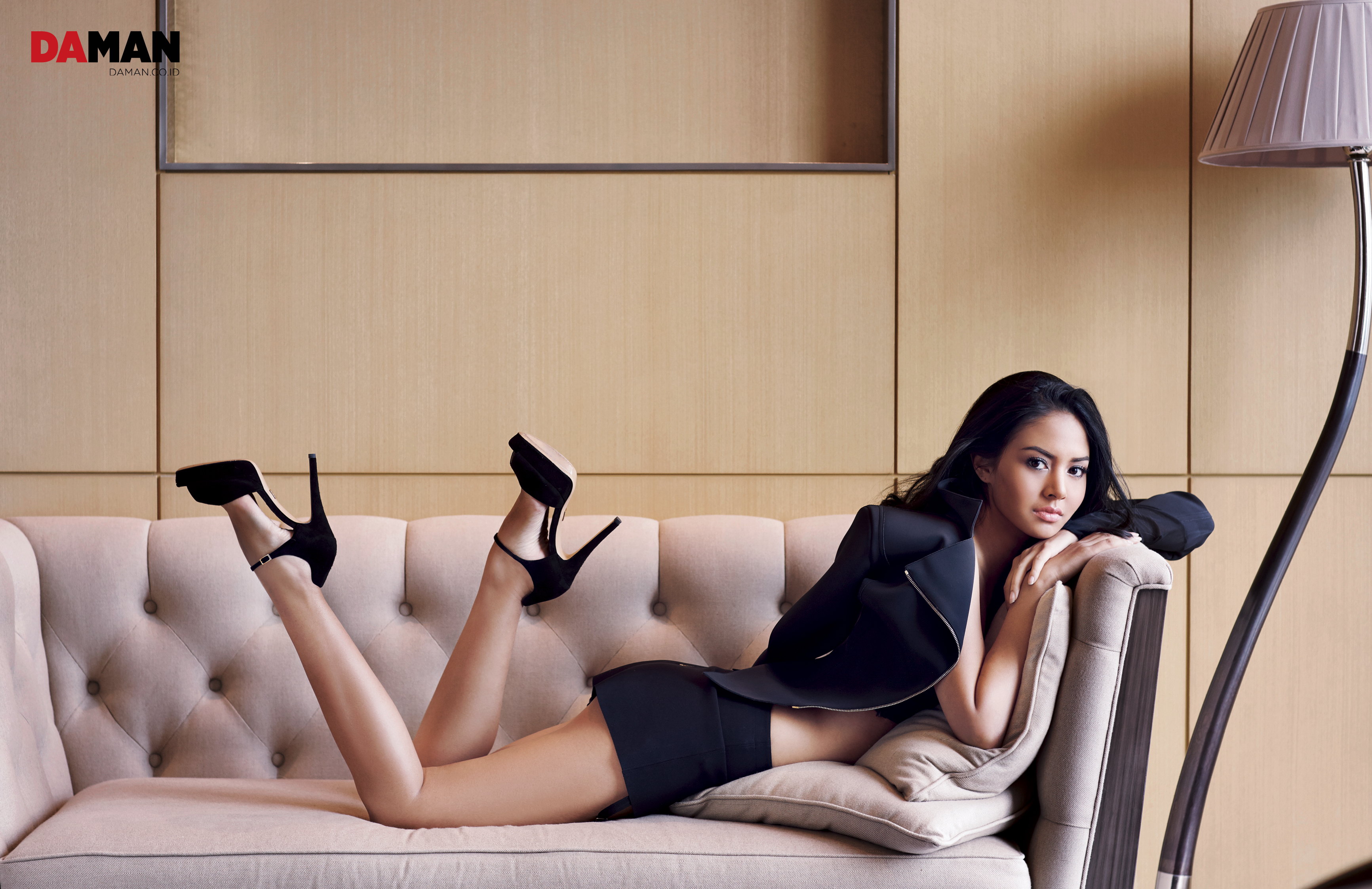 One more talent that Moeremans apparently has is making people laugh. On her Instagram account she frequently posts funny parodies and cheeky videos. “I uploaded one and a lot of people like it, so I cannot stop making those videos,” she says with a chuckle. Still, in contrast to her “crazy” online personality and her sometimes-shy offline demeanor, Moeremans admits that she is not as amiable in a new environment. “When I meet new people, I tend to be quiet and it makes a lot people think that I am arrogant. But I’m not! Actually if I am comfortable with someone, I can be outspoken and daring, just like what you see in those videos!”

Of course, there is one more side to Moeremans that she showed that day: being sexy. When the camera points at her, she pulls off poses easily and in total comfort—not to mention, she looks great in just about any outfit. This certainly rounds up her status as a bona fide star. 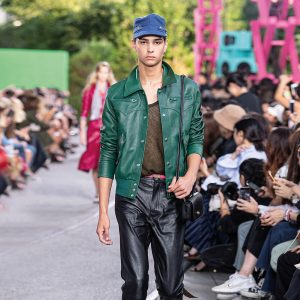 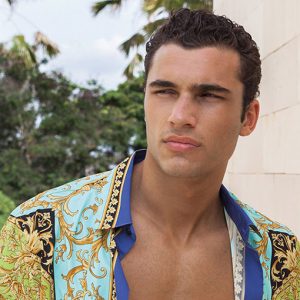 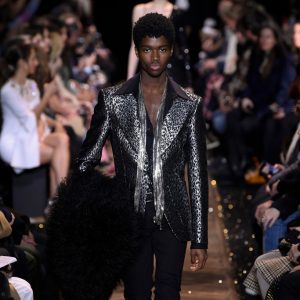 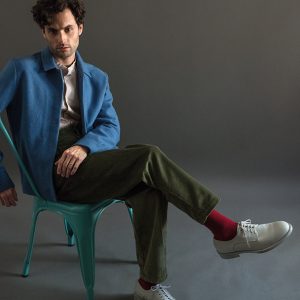 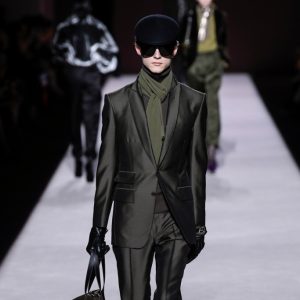 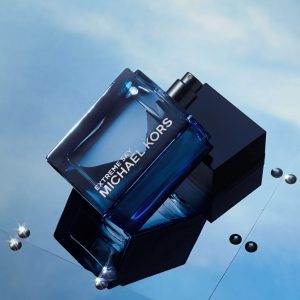 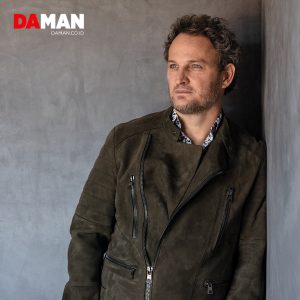 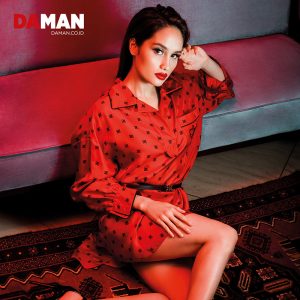