Since its establishment back in 1875, Swiss Haute Horlogerie manufacturer Audemars Piguet has designed an array of pioneering mechanical watches for women. From the 19th century, women’s watches provided the Manufacture with a platform for innovation due to their diminutive sizes and the fact that during this pre-wristwatch period, they could be worn as pendants, brooches, or even rings. In fact, feminine timepieces—which all reflect the technical and aesthetic challenges characterizing their respective eras—played a groundbreaking role in the Manufacture’s journey for miniaturization that led to the development of the wristwatch in the early decades of the 20th century. Ranging from timeless classics to avant-garde creations, they include a wide range of eclectic case designs, vibrant dial finishes, exquisite gem-setting techniques as well as the creative use of colorful stones.

Up till now, the oldest fine watchmaking manufacturer still in the hands of its founding families constantly challenges itself to push the limits of craftsmanship. And today, we have an excellent case in point: The Audemars Piguet 2021 Female Novelties. If anything, this new colorful collection, which comes in four new references, unites tradition and contemporary lifestyle which testifies to the Manufacture’s creativity and forward-thinking spirit.

Audemars Piguet expands its 34mm Royal Oak Selfwinding collection with a new reference shimmering with Frosted Gold, a jewellery technique developed back in 2016 in collaboration with Italian jewelry designer Carolina Bucci. Design-wise, the 18K white gold piece comes with a sparkle effect adorning the case and bracelet that provides a rich contrast with the polished bevels of the bezel, screws, crown and links.

Up front, the beauty of the case is further enhanced with a Tapisserie dial in the new shades of a light blue PVD-coating that subtly plays with ambient light. The watch is powered by the Calibre 5800, a movement that boasts 50 hours of power reserve. Overall, this unique combination celebrates the savoir-faire and refinement at the heart of the manufacture’s craftsmanship, while also highlighting the Royal Oak’s unique geometry and design codes and capturing attention from a distance.

The latest 34mm Royal Oak Selfwinding from Audemars Piguet explores the creative possibility of black ceramics by combining advanced technology with time-honored craftsmanship. Versatile and timeless, the sleek aesthetics of this black model is enhanced with pink gold accents for a refined two-tone contrast. Up front, the timepiece sports a black “Grande Tapisserie” dial highlighted with 18K pink gold hour-markers and hands to further the watch’s understated two-tone aesthetics.

On the other hand, the timepiece’s robust build is hand finished to the nines while also offering inspiring contrasts and plays of light. Ultimately, as the first Royal Oak Selfwinding for smaller wrists fully crafted in black ceramics, the timepiece unmistakably combines high-tech materials with timeless chic, and will seamlessly complement the unique style of its wearer.

For the first time ever, Audemars Piguet unveils a solid 18-carat pink gold timepiece with a bezel that has been set with 32 baguette-cut amethysts, which harmoniously blend and match the tones of the timepiece’s purple chameleon “Grande Tapisserie” dial.

Developed by the Manufacture’s artisans, the timepiece’s dial displays a range of purple hues that dance and change color in the light. On the other hand, its pink gold case and bracelet feature alternating polished and satin-finished surfaces that are the signature of Audemars Piguet. In essence, this new reference, combining pink gold and purple tones, expands the Royal Oak Selfwinding Chronograph 38mm range that was first unveiled by the Manufacture back 2019.

On the 41mm models, the new yellow, pink or white Frosted Gold case and bracelet are contrasted by the openworked movement’s slate grey NAC-coated bridges, and then further enhanced by the dial’s black inner bezel.

In the end, the scintillating effect of the Frosted Gold case and bracelet is not only emphasized by the array of vivid and brilliant rainbow-colored gemstones carefully selected to reach a harmonious color spectrum, but these contrasting plays of light also illuminate the manufacture’s state-of-the-art openworked double balance wheel mechanism visible on both sides of the watch.

All in all, by blending tradition with avant-garde, the timepieces making up the Audemars Piguet 2021 Female Novelties offer creative contrasts: from the sleek aesthetics of black ceramics to the shimmering sparkle of Frosted Gold or the vivid hues of multicolored gemstones. In the end, these multifaceted mechanical pieces from Audemars Piguet will be true statements when worn on the wrist. 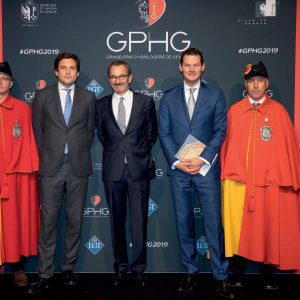 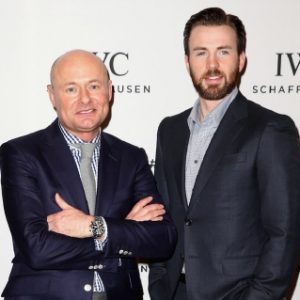 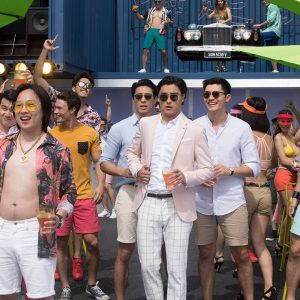 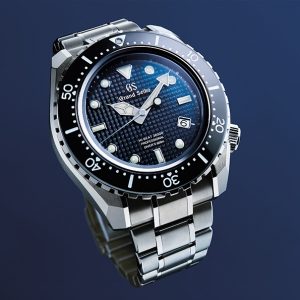 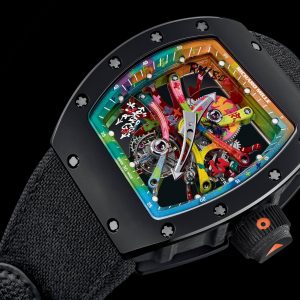 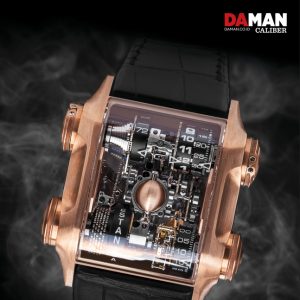 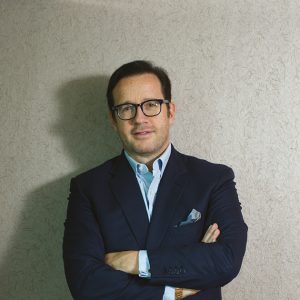