Landing a role that would transcend the medium of film and rise into iconic status is sure to be something an actor would always strive for. One such icon would be Walter White Jr. as portrayed by R.J. Mitte. And guess what? Junior’s back for breakfast.

Every actor strives for that one iconic role. Though it might not seem that way in the beginning, truly iconic roles can go on to impact everything from the actor’s career from that point onwards and—to an extent—popular culture as well. One such iconic role is Bryan Cranston’s Walter White from “Breaking Bad,” but the cult icon status of Cranston’s White would never be as iconic as it is if it weren’t for yet another role: R.J. Mitte’s Walter White Jr.

Mitte’s portrayal of Junior was so well done that even now, eight years after the show’s final episode, “Breaking Bad” fans would still come up to Mitte and asks him about having breakfast—something his character had done a lot of in the span of the show’s five seasons.

DAMAN: Hi RJ! It’s a pleasure to be having this conversation with you. Can you tell us a little about yourself?
R.J. Mitte: Hi there! I’m R.J. Mitte, and I’m best known as Walt Jr., or Flynn from “Breaking Bad.” I’ve been in other films and TV shows like “Switched at Birth,” but really, mostly everyone asks me about having breakfast and being Walt Jr.

DAMAN: What have you been up to since “Breaking Bad”?
R.J. Mitte: I’ve just been living! Those years on the show really went by in a flash but also were a big chunk of my life. So, finding a new routine and trying new things and getting involved in other projects outside acting have been keeping me super busy.

After the show ended, I was able to do some modeling and was named to Kenneth Cole’s “Courageous Class” and shot with GAP and walked in Men’s Fashion week in Milan; I got to do shows for Vivienne Westwood and soPopular and Ovadia & Sons during all this—so that’s been really cool!

I’ve also been focused on my advocacy work for the disability community and really just trying to create more understanding on that community.

DAMAN: Talking about iconic performances, how did you originally end up joining the “Breaking Bad” cast?
R.J. Mitte: Vince Gilligan wrote this role for Walt Jr. based on a friend from college. So, finding me was a through a specific casting process looking for a disabled teen; I fit the description best, but also had to play it much more heavily disabled. I was doing call backs for more right up until days before filming the pilot began. It was a whirlwind!

DAMAN: Do you still keep in touch with the show’s cast?
R.J. Mitte: We will always be a family, so of course we do. But these days it’s really more so when we have reunion events or run into each other at industry red carpets.

DAMAN: As an actor, you’ve been in one of the most critically acclaimed shows on TV. But let’s go back a bit and tell us how you first discovered acting…
R.J. Mitte: My sister had been “discovered” and brought out to L.A. to audition for a Lucille Ball film and while I was hanging around, going to her meetings, they asked if I wanted to get into it.

DAMAN: Just what is it about acting that appeals to you?
R.J. Mitte: The idea that you can be someone else, somewhere else, at any time. It’s given me so many opportunities to see the world through another point of view

DAMAN: As an actor who has been in over a dozen shows, was there ever a role that really took an emotional toll on you? How do you handle that kind of pressure?
R.J. Mitte: “Breaking Bad” was probably the one. The subject matter, the way we filmed it, everything about it was challenging. As the show really took off, there wasn’t a way to prepare any of us for how much fans loved it. We just took it day by day, moment by moment.

DAMAN: We heard that you’re finishing up on “ISAAC.” Can you tell us a little bit about your role in the movie?
R.J. Mitte: Simply put, I play a creepy dude. [Laughs]

DAMAN: So, you’re playing as a villain on “ISSAC.”Is it hard to tap into that kind of character and state of mind?
R.J. Mitte: Not really. As an actor, it’s your job to embody how you feel this character lives and breathes. So, you just have to dig a little deeper in yourself and find your inner villain.

DAMAN: What was the most memorable moments from filming “ISSAC”?
R.J. Mitte: Just overall; the cast and crew have been a special group. We’ve had so many ups and downs doing this film, and it’s all just come together really well. Dove Cameron, who costars in this with me, is such an amazing person; it’s been so awesome to work with her.

DAMAN: Did you have to undergo any special preparations before filming “ISSAC”?
R.J. Mitte: Nothing outside the norm. Really just doing the work to get into the role and find the mindset to portray this type of guy and be convincing while I am doing it.

DAMAN: Another one of your recent projects is “Trail Blazers.” Is there anything about that project that you can tell us?
R.J. Mitte: Nothing really, without giving it away. But I love a good western and so this should be a fun one to do.

DAMAN: You’re a very talented actor with a great range. Was there someone who you looked up to in your early years of acting?
R.J. Mitte: Not really; there weren’t many like me on TV when I was growing up.

DAMAN: Speaking of trailblazers, you have been out spoken about disability equality in the entertainment industry. Tell us more about this and the importance of the issue…
R.J. Mitte: I’ve always been focused on my advocacy work for the disability community and just trying to create more understanding on what we go through. I do a lot of speaking gigs at colleges and corporations and work on changing mindsets on how we treat those amongst us with abilities that are different than yours. With my CP, some don’t even realize it’s there, so I can navigate the world a little more seamlessly than those who don’t have the advantages I do. So, I feel like I need to give back for those people.

DAMAN: In relation to having Cerebral Palsy, what are some of the challenges that you’ve faced in the industry? How do you face those?
R.J. Mitte: The idea that being disabled should pigeonhole you into certain roles, or jobs. Being seen as an equal and that my abilities are not less than but more than most. I just take each day as they come and don’t forget where I come from. Since the world shut down last year, I’ve been back in South Texas, where my family’s legacy and foundation are and working to keep inspiring my peers by championing things that matter and keep talking about my cerebral palsy in hopes of removing the stigma associated with disabilities.

DAMAN: And do you think that the situation has changed since you started out in the entertainment industry?
R.J. Mitte: Absolutely! You see more and more portrayals in TV and film and companies are really addressing how they can be more representative in employing and engaging more within this community.

DAMAN: Do you think you’ll come back to TV or is it just movies now?
R.J. Mitte: I’ve been lucky to keep working, so that’s always really motivating to find the next project that makes sense for me. I’ve had my first non-disabled role in “Dixieland” which made some waves on the film festival circuit as well as a Mexican film, “Time Share” that won awards at Sundance. So, that recognition was nice to see! I have a film I’m taking off to shoot in November and another in 2022—so, hopefully you catch me soon on one of the millions of ways we watch TV and film these days!

DAMAN: Ultimately, what is it that drives you? And conversely, what makes you the happiest when you just want to switch it off for a while?
R.J. Mitte: What drives me, is the search for what’s next and how can we make that happen and just keeping a low profile and hanging out makes me the happiest.

DAMAN: One final question, where do you hope the industry will be going in the next few years?
R.J. Mitte: To a more inclusive one. One that celebrates us all in the ways we should have been. 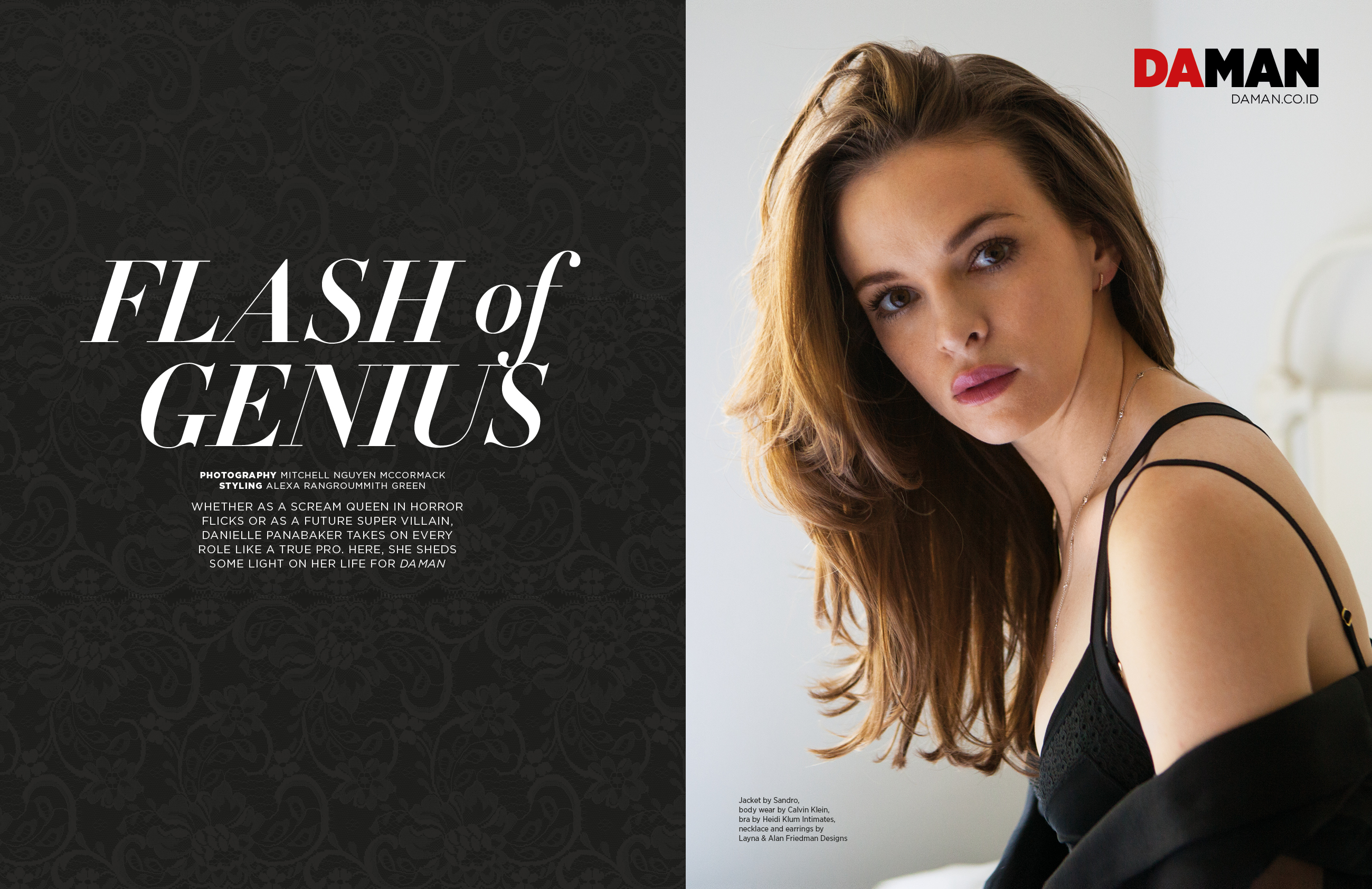 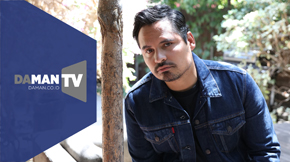 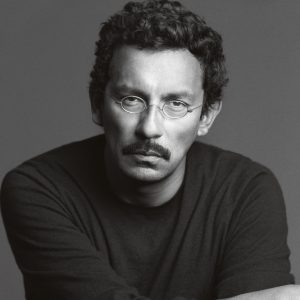 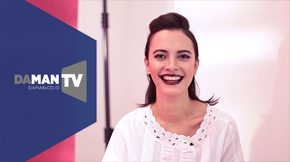 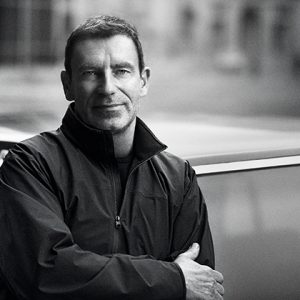 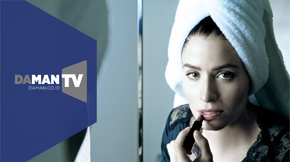 Gallery Mercedes Mason and Her Adventures in “... 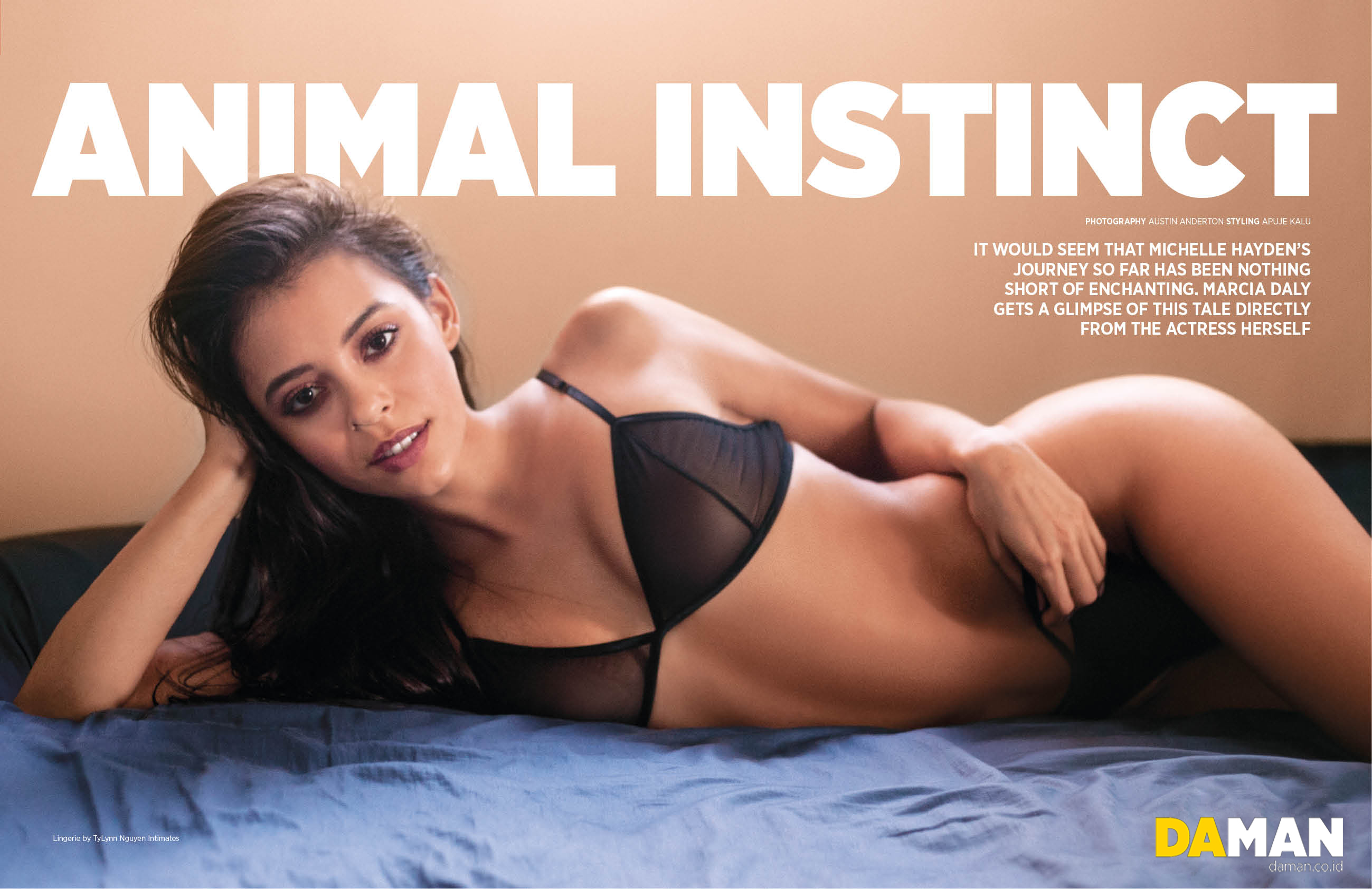