DA MAN Magazine - Make Your Own Style! > Celebrities > International > A Lesson in Lacrosse and Business with Pro Athlete Paul Rabil

Does the word “lacrosse” sound familiar to you? If not, then we highly suggest we you hop on YouTube, look up a video or two (searching for “lacrosse highlights” is definitely recommended) and discover the excitement of North America’s oldest organized sport.

Now, as it happens, DA MAN recently met, photographed and talked with one of the best pro lacrosse players in the world: Paul Rabil. We couldn’t have asked for a better person to introduce us to the sport. More than just a great athlete with quite a few records to his name, however, Rabil has also plenty of achievements outside the field. For one, he is the co-founder of the Premier Lacrosse League, which has recently merged with Major League Lacrosse. Beyond lacrosse, Rabil also has a popular podcast, “Suiting Up,” and also operates Rabil Ventures which “provides capital, advisory, and operating expertise to entrepreneurs and companies at any stage.”

Top-tier athlete, top-tier entrepreneur. If anything, Paul Rabil has quite the story to tell… 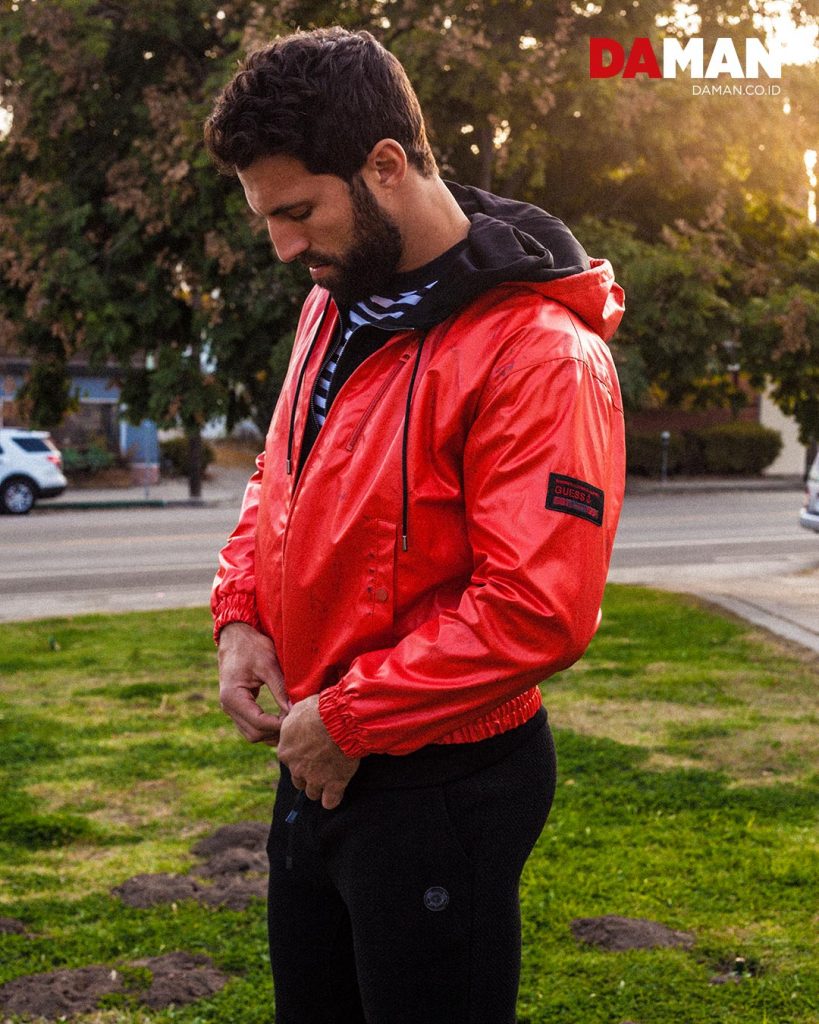 DAMAN: Hi, Paul. Awesome to have you with us for this interview. How are you doing these days?
Paul Rabil: All things considered, we’re persevering. Thanks for taking the time to host me. Means a lot.

DA: Now, we do have some people here in Indonesia who play lacrosse, but the sport isn’t exactly well known back here. In a nutshell, how would you describe lacrosse to somebody who is totally unfamiliar with it?
PR: Hopefully Indonesia can build a national lacrosse team soon; we’d love to see them compete for a spot at the Olympics. Lacrosse is on the fast-track for International Olympic Committee (IOC) recognition.

Though, in a nutshell, lacrosse is a combination of the contact in American football, the hand-eye coordination and stick control of hockey, the agility and speed of basketball, and the endurance of soccer. All of my favorite sports mashed into one.

DA: You’ve played lacrosse for more than two decades now. What would you say is the best, most exciting part of the sport? What makes playing lacrosse unique?
PR: I love the team element of lacrosse. It’s intricate like chess. You have to have a great goalkeeper and tough defenders to protect the house, hard charging midfielders who play the entire field and skilled attackmen, like forwards, who can score. Though like any sport, the most exciting part is the final moment of a game: Who can score the game-winning goal?

DA: Of course, anybody with an Internet connection can easily watch a lacrosse match on YouTube. In your opinion, what’s the most exciting part of watching the sport?
PR: I think what separates the sport from any other is the talent and skill it takes to keep the ball in the pocket of your stick while dodging defenders, taking body checks, and ultimately torqueing your body so fiercely that you can shoot the ball well over 100mph ! It’s a fun move to watch in slow motion.

DA: You started playing lacrosse at around 12, right? Today, are you still as excited about taking to the field as you were 20 or so years ago? Has anything changed in the way you approach this sport?
PR: That’s a great question. And my answer is, as we evolve, we approach and play the game for different reasons. When I was younger, I played for the competitive edge and all the reasons I mentioned before. Today, I’ve grown to appreciate the history of the game. It was created by Native Americans, specifically the Iroquois Nations, as a form of medicine. There was a ritual tied to playing lacrosse; a way to get in touch with your inner spirit. I still feel as competitive as I was in my teens, twenties and early thirties; though now I feel I appreciate every opportunity I get to play more so than when I was younger.

DA:  By the way, you once held the record for the fastest lacrosse shot at 111mph—or just over 178kph for our Indonesian readers. What are your, say, five biggest achievements in the sport so far?
PR: I’m lucky to be one of the few players in the game’s history to have won championships at every level: Division 1 at university, professional outdoor, professional indoor, and internationally with Team USA. The fifth biggest achievement? Getting to build the future of professional lacrosse with my brother and co-founder, Mike Rabil. We started the Premier Lacrosse League in 2018 and it’s been an incredible ride ever since. 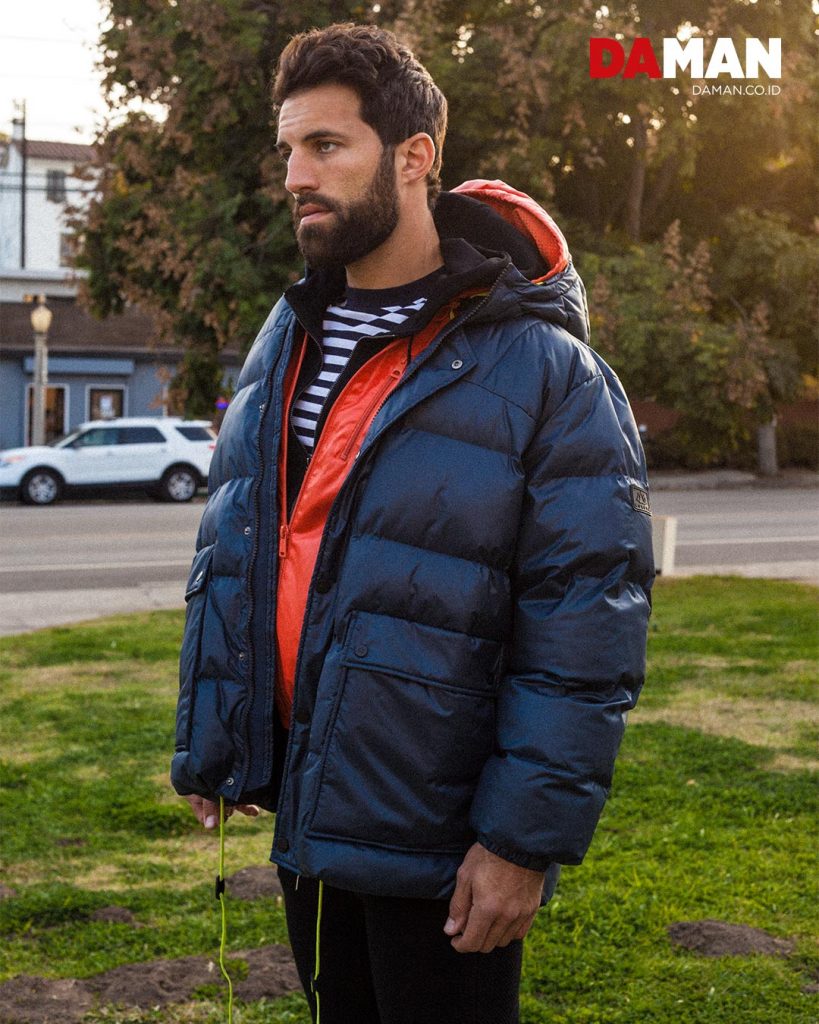 DA: Now, people love talking about how team sports build camaraderie, a sense of fair play, etc.—and that’s on top of the discipline, mental fortitude and physical strength you build up as an individual athlete. In your experience, what are some of the lesser-known benefits of being involved in a team sport? Particularly lacrosse, of course…
PR: It’s a game of artisanship. Each of our sticks are unique from that of any other player in the world. We string the head of our stick with leather and mesh, shaping the pocket to our preferred style of play, much like a hockey player will bend their blade. Then we take care of it, making sure that it performs the way we like it and is preserved in the right conditions when we’re not using it on the field. Our stick is as much a part of our success as anything.

DA: On a somewhat related note, we’ve seen a lot of changes in the way competitions are done across all sports, from strict health protocols for athletes and officials to carboard cutout audience members in the bleachers. How is it in the world of lacrosse right now?
PR: It was a dramatic year, no doubt. We were the first professional team sports league in North America to announce our COVID-safe single-site tournament with NBC. Yes, that included empty stadiums filled with cardboard cutout fans and crowd noise we projected onto the field through the venue’s built-in speakers. Like all leagues, we tried to create an atmosphere that felt familiar, knowing that the competition on the field would remain the same, too. It was a shorter season than we would’ve liked but are fortunate we were able to play.

DA: As you touched on a couple of questions back, you’re also known as the co-founder of the Premier Lacrosse League. Can you tell us a bit about this side of your career and what motivates you?
PR: Entrepreneurship has always played a major role in my life, from the early days of shoveling snow off of driveways for 10 dollars to pitching a lemonade stand and selling baseball cards in the summer. This business, however, was a bit more complicated; though we’ve been able to design what many believe is the future of professional sports in North America: a league that was built by the players, for the fans. Our network partnership with NBC, corporate sponsorships with Adidas, Gatorade and Ticketmaster, social media strategy, and each of our Lacrosse Clubs are world-class.

DA: Outside of the lacrosse field, you have your podcast, “Suiting Up.” On your website the show is described as one “that explores the psychology, playbook of tools, and strategies of the most influential people in sports, entertainment and business.” So, we were wondering: Can you tell us about your favorite episode? One that really highlights what’s best about “Suiting Up”…
PR: One of my favorite things in the world to do is learn. I enjoy reading, listening, and watching the best at what they do, and as I began to build my network in America, I decided it would be fun to record a lot of my learnings from these people to share them with the world.

My favorite conversations range from talking about winning a Super Bowl with Bill Belichick, to hearing about tennis superstar Venus Williams’ career longevity, to talking with Marty Bennet about social justice and human rights advocacy in sports, and much more. I’m launching a new season in January, featuring 12 incredible guests across sports, entertainment and entrepreneurship. It’ll be the best episodes I’ve recorded—I can promise you that.

DA: Then you also have the Rabil Overnight experiential camp, the Rabil Ventures advisory and the Paul Rabil Foundation. Where does the passion—and the energy—to juggle all of these activities and ventures come from?
PR: Each of the organizations you mentioned have to do with investing in others. I care a lot about working with great people, and feel really lucky to get a chance to work with so many. I’ve always believed in managing my energy vs. time, and when I sense I’m not managing my energy well, I’ll get frustrated or feel overwhelmed. However, if I’m able to hit that energizing sweet spot of working with great people on fulfilling projects, bandwidth doesn’t become an issue. 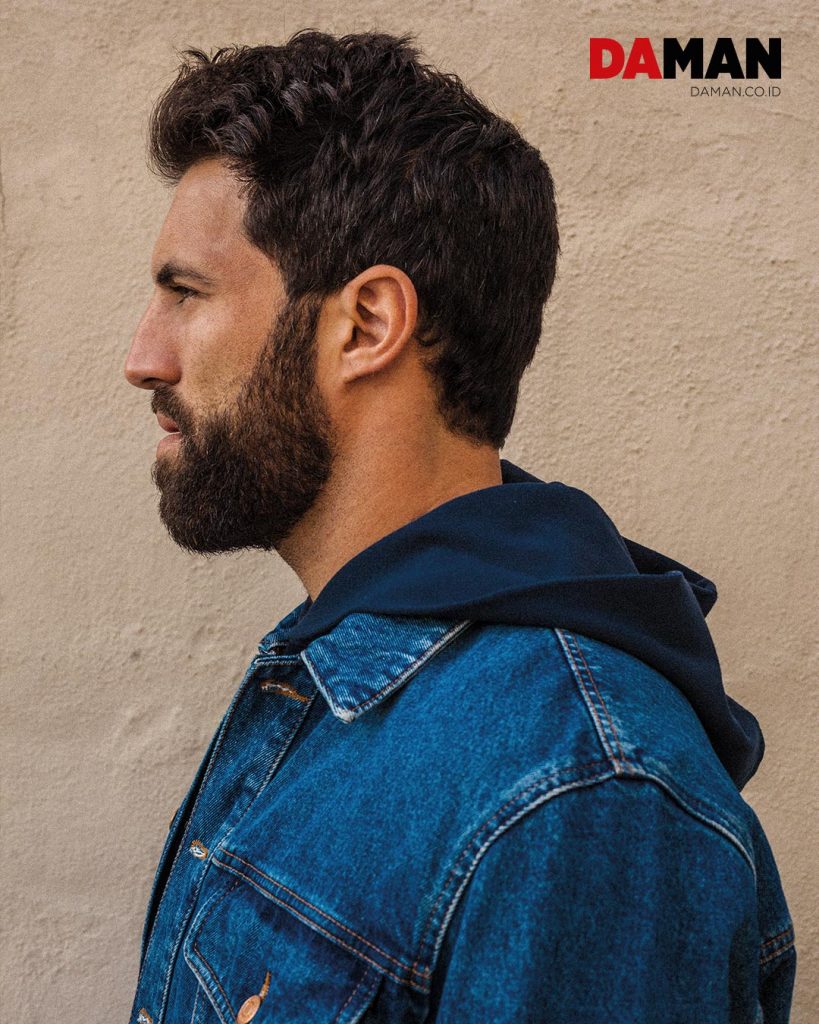 DA: It goes without saying that 2020 has been a tough year. Still, what would you say were the biggest highlights for you from the past 12 months or so…
PR: Learning that we can get through the most difficult times together. That it’s okay to feel frustrated at times, confide in others, and fall over … just as long as you’re able to pick yourself back up, dust off, learn from it, and be much better off. My biggest highlights remain: Building the Premier Lacrosse League with my older brother Mike and great people, continuing training, and getting another shot at winning a championship.

DA: On the flip side, what do you hope to achieve in 2021 and beyond? What are some of the big milestones you’re aiming for in the near future?
PR: I hope to continue to grow the Premier Lacrosse League—showcasing the game to millions of people around the world. We do that every day through our production and social media team, and each summer season on TV. I hope to win another championship in 2021. So in the interim, I’ll be training as hard as I can. 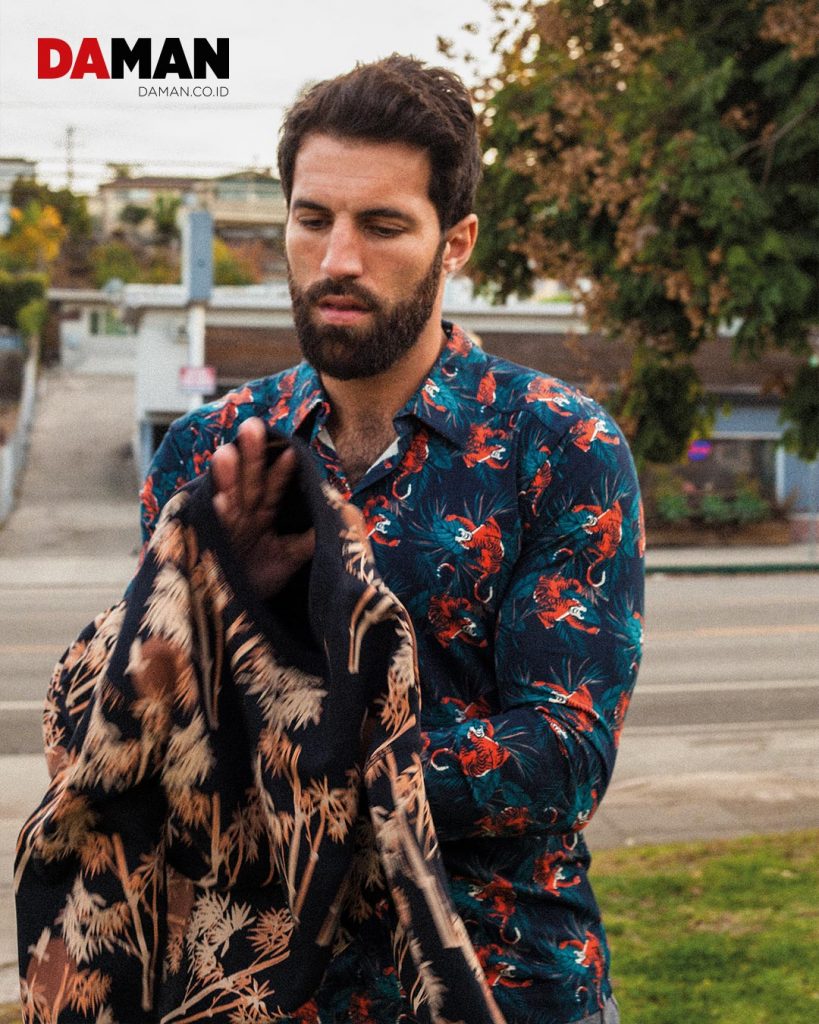 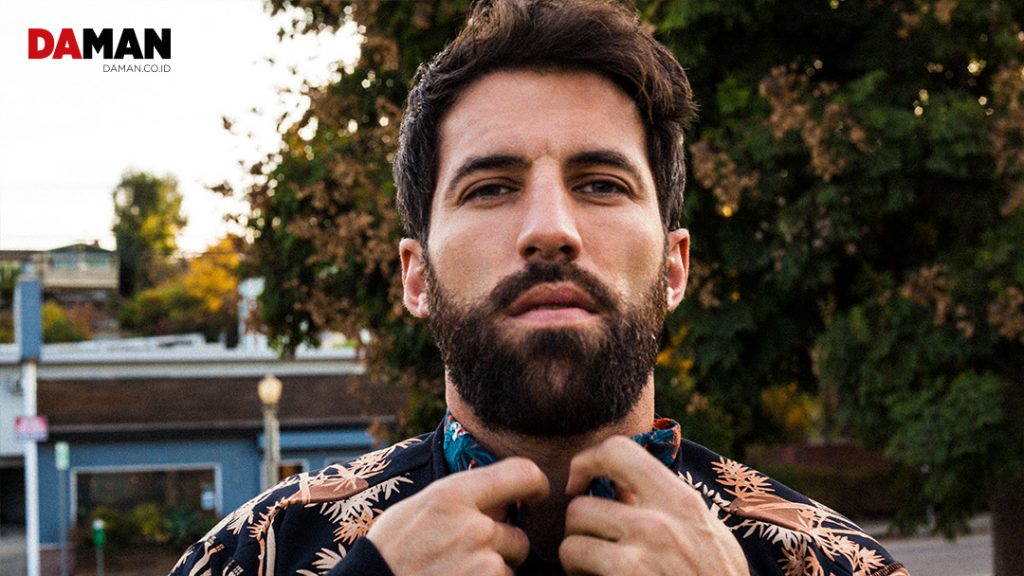 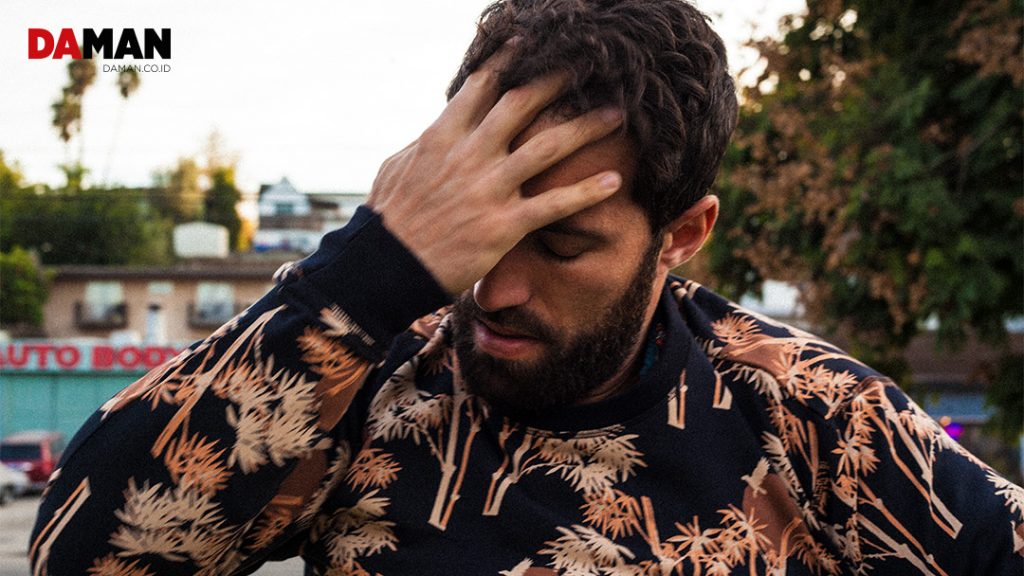 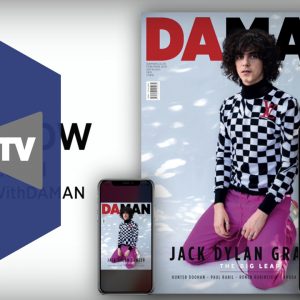